Synopsis: Five years, eight months, 12 days...and counting. That’s how long Debbie Ocean (Sandra Bullock) has been devising the biggest heist of her life. She knows what it’s going to take—a team of the best in their field, starting with her partner- in-crime Lou Miller (Cate Blanchett). Together, they recruit a crew of specialists: jeweler Amita (Kaling); street con Constance (Awkwafina); expert fence Tammy (Paulson); hacker Nine Ball (Rihanna); and fashion designer Rose (Bonham Carter). The target is a cool $150 million dollars in diamonds—diamonds that will be around the neck of world-famous actress Daphne Kluger (Hathaway), who will be centerstage at the event of the year, the Met Gala. The plan is rock solid, but everything will need to be flawless if the team is going to get in and get away with the ice. All in plain sight.

If you thought that the Ocean Trilogy is long over, think again.

The series is back with Ocean’s 8, a spin-off featuring an all-female crew trying to execute a supposedly well-planned heist through the MET Gala.

Although it is uncertain if the all-female lead casting is intentional and meant to be a new addition to a well-known series or a politically bold statement leaning towards social justice, the choice is refreshing and shows a different, if not, maybe bolder perspective to criminal mind-sets and thought processes.

It helped that the casting itself was packed with a mixture of veterans (Sandra Bullock, Cate Blanchett, Helena Bonham Carter, Anne Hathaway) and [maybe] newer big screen faces (Mindy Kaling, Sarah Paulson, Awkwafina), so the energy is kept at a manageable level.  Some of the actresses also spiced up the film with other languages they may know (or maybe only learn for the film), so do expect some colour and jest.

Using the MET Gala as a main focus for the heist is as current as “Ocean’s 8” can get to making the film more relatable and excitable, probably also a smart move by the producers.  Fashionistas and fashion lovers around will be spoilt with what could be a mini exclusive array of stunning dresses, spectacular jewelleries of all sorts and cameos by beautiful famous people all around.

What is puzzling about the film is the process of acquiring the robbery crew members.  It felt less smooth and more of a ‘rushed job’, which may be appropriate considering how quick they had to work to make it happen, but it failed to help develop the characters even more.  It felt like getting the icing of the cake but not the rest of the cake itself.

Some parts of the film seem rather unrealistic, like Debbie Ocean’s (Sandra Bullock) heavy makeup in jail (so, who’s sponsoring the prison again?), Nine Ball’s (Rihanna) sudden appearance during the film as if she just shamelessly invited herself to the party and other parts that seems a bit strange, including slight loopholes in the plot.

The film, despite being a spin-off with little connection from the previous films in the series, strangely feels like one would at least need to invest time in one of the films from the series to at least understand the gist of the film’s structure and plot.  If it’s the director’s aim is to make the viewer want to watch (or re-watch) Ocean’s Eleven and its sequel, then he definitely got what he wants.

Despite all of that, “Ocean’s 8” is still enjoyable, humorous and engaging.  It is visually exhilarating with the right amount of energy, action and twists (yes, there are) to get one thrilled and entertained.  The fear of the film jumping into the bandwagon of others (note: girl power) is conquered by the stellar cast who gave such strong delivery and conviction in their work.

Essentially in a way, the film does pay tribute to the 2001 remake of Ocean’s Eleven through an exciting style of storytelling and light-hearted approach to the genre.

And if there is any need for consolation, Debbie did her brother Danny proud with this heist.

(A pleasant serving of adventure, excitement and laughs. Keep the expectations slightly lower and enjoy the ride) 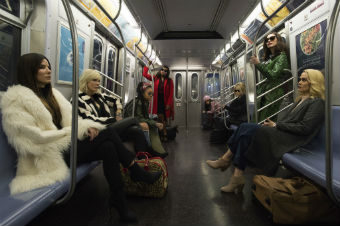 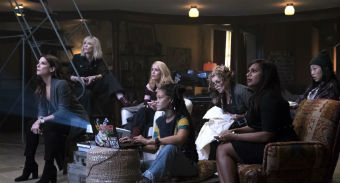 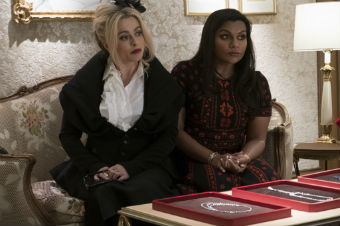 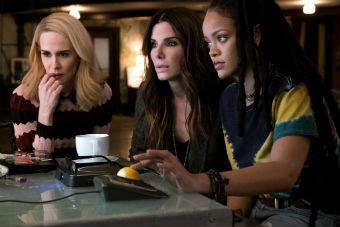 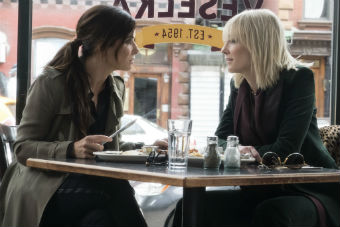 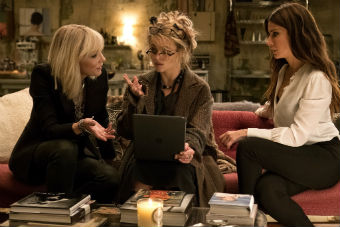