Synopsis: Never Stop, a comedy sports drama, tells the story of a young 100-metre-running athlete who encountered career obstacles and sought guidance from his former teammate and idol, but only to find out that his idol had backslid. Slowly but surely, the two work together to get away from their past and into the bright future.

We know life can be cruel, but this film shows life’s harsh consequences on athletes. In general, the sporting career of an athlete would begin to falter as age catches up. And the fame and glory that the athlete once basked in, where be forgotten by the people who once applauded and cheered so loudly.

The first protagonist we meet is Hao Chaoyue (the Chinese name literally means ‘to overtake’), an outstanding sprinter who has quite the media darling for his victories on the running track. Enter Wu Tianyi (another in the face Chinese name here – ‘to add wings’), a younger and very enthusiastic junior who looks up to Chaoyue. We see inspiring montages of them training together with their teammates (cue shots of the shirtless men showcasing their sculpted bods), and after a series of dramatic events later, the two men take on very different paths in life.

Chaoyue, being the older one, eventually gives up his running career after an injury and ventures into a sports shoes business. Obviously hoping that things will work in his favour due to his athletic past, he becomes a businessman who unfortunately sees his project crumble after a scam. Tianyi moves on to become quite a celebrity, but this is also where his attention deficit disorder takes on a turn for the worse and is on the verge of a mental breakdown. Chaoyue comes up with the idea of asking Tianyi to become the ambassador of his failing business, and the two reunite to some very poignant outcomes.

Like many Chinese productions, the performances delivered by the main cast are outstanding. Chaoyue is played by Zheng Kai, a very apt choice because the actor is best known in Chinese showbiz for being one of the cast members of Keep Running, China’s version of the popular variety show Running Man). If you sat through Zack Snyder’s Justice League, you may also remember the actor portraying Ryan Choi, whom comic fans will know as the Atom. To become the middle aged version of Chaoyue, Zheng reportedly put on 24kg by eating more than he should. You will also be moved by the scenes where he puts away his pride in an attempt to keep his business alive. We also love the details put into making the middle aged Chaoyue relatable – from the tight polo tee and the clutch bag, to the long fingernail which many Chinese men have as it is a sign that they don’t work with hands and are above the social station of a common laborer.

The camera loves Li Yunrui who plays Tianyi. Every shot with the young actor makes you want to empathise with this character who may have moved too fast in life for his own good. While Li’s acting is not as layered as Zheng, the sequences where the men meet after parting ways on a bad note are well played out on screen. The scene where they have dinner with their former teammates in the back alleys is the highlight of the film as repressed emotions are released over hot pot and beer, no less.

While there are many melodramatic scenes, the movie is also a comedy. Light hearted moments are provided by Li Chen, who plays a weightlifter with a bowl haircut and Jin Jing, who plays Chaoyue’s vain niece. The film is triumphant in bringing out the messages of persevering even when life gets you down. It is also nice that there is no real closure between Chaoyue and Tianyi. Life does indeed play out like this – while we each go on our separate tracks, we know that what’s important is to keep on running.

(Zheng Kai's remarkable performance elevates this poignant drama about how life may get you down, and why you should keep running) 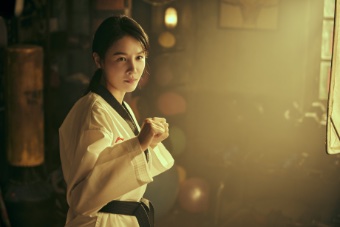 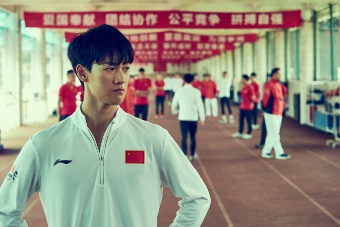 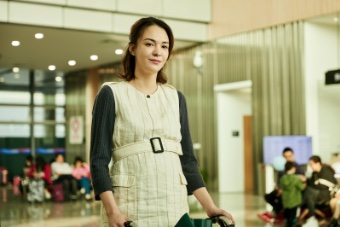