Synopsis: Ding is laden with the task of finding the six mysterious undercover agents. Helping her will be Q-sir, who is a smart and quick-witted cop. Infiltrating the triads once again, Ding will face the dangers of the underground world and will be thrown into the middle of two notorious gang members: an unconventional drug lord whose actions are always a mystery, and a careful, tactical and coldblooded killer who does not let anything stop his goals. During the operation, Ding receives a shocking text stating that the sixth undercover is either of the two. Determined to finish her mission, Ding throws her life on the line and becomes tangled with the triads.

Adapting a hit serial to a feature length movie seems to be a favourite commercial move for Hong Kong broadcaster TVB lately. Unfortunately, the results are mostly misses than hits. Take for example, Triumph in the Skies and Return of the Cockoo. Though these titles already had a strong fanbase, it just doesn’t translate into box-office. Definitely not a sure-win formula.

The movie version continues to deal with undercover police agents and their struggles as Sheh’s Ding is assigned by her superior and handler Q-Sir (Francis Ng) to uncover the identity of the last missing undercover cop. Two names came up in the end, Master (Louis Koo) and Lam (Nick Cheung) both men who worked for a major drug syndicate. Brotherhood is tested, shots are fired and more baddies are revealed so let the guessing game begins in Line Walker.

You don’t really need to follow the TVB drama to follow the movie version. With the exception of Ding and Benz Hui’s characters, the rest of the proceedings are very much stand-alone. Line Walker largely relies on the chemistry between Nick and Louis, two of the most hardworking HK actors in the industry. The story for most of the running time focused and established the strong relations between Master and Lam, both characters assumingly came a long way. The script by television writer Cat Kwan is mostly taut and tense since it successfully keeps you guessing who is actually the real mole. Master or Lam? Are they willing to kill the other party if proven one of them is working for the cops? Furthermore, Lam’s capability is threatening the position of the current Chairman that his life could be in danger any minute.

This is not say that Cat’s script is not completely without its flaws. There’s strictly more than enough material to fill up the 108 minutes movie that the narrative turned Charmaine Sheh’s character to be the weakest link of all. Of course, it doesn’t help that Ding also conveniently disappeared for half of the movie. If you can still recall Anthony Wong’s character in Infernal Affairs, let’s just say that Francis Ng’s Q-Sir is almost a carbon copy of it. Ng is undeniably a fantastic actor even it’s mere scenes of him talking to phones and talkies. But we need to give the man more screentime for him to shine. Always looking suave and dark, Koo is not a powerhouse actor to give Master a more indepth portrayal so he is what we coined as serviceable. Nick Cheung on the other hand is far competent even if the script doesn’t allow more room for his character, a pity considering Lam is an interesting character to explore.

The money shot of Line Walker obviously points to the action sequence where Master and Lam encounter a series of heavy enemy fire followed by a frantic chase through the slums of Brazil. TVB indeed picked a good time to coincide with the upcoming Olympics I must say. Action sequences are flashy, mostly haphazardly edited and lacks the dynamics of say Cold War 2, Firestorm and Helios though Chin Ka Lok choreographs all mentioned titles. Even the climatic showdown with regular onscreen baddie, Shi Yanneng looks tired and over melodramatic.

Bogged down by the original source material, Line Walker tries hard to tie in and the end result is a marginally average action thriller. It does have its gripping moments mostly coming from character motivations not the over stylized action. Still, we wouldn’t mind sitting through this one rather than an empty Triumph in the Skies and horrendous Return of the Cockoo. 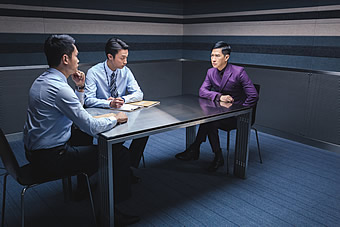 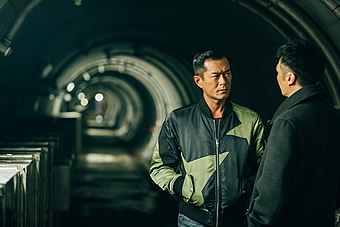 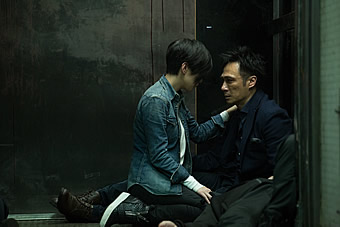