Synopsis: “Kingsman: The Secret Service” introduced the world to Kingsman - an independent, international intelligence agency operating at the highest level of discretion, whose ultimate goal is to keep the world safe. In “Kingsman: The Golden Circle,” our heroes face a new challenge. When their headquarters are destroyed and the world is held hostage, their journey leads them to the discovery of an allied spy organization in the US called Statesman, dating back to the day they were both founded. In a new adventure that tests their agents’ strength and wits to the limit, these two elite secret organizations band together to defeat a ruthless common enemy, in order to save the world, something that’s becoming a bit of a habit for Eggsy…

As is typical for a sequel of this nature, ‘Kingsman: The Golden Circle’ succumbs to the tendency to do everything its predecessor did bigger, louder and wilder.

That pretty much sums up the rollicking car chase scene which kicks off the movie, as our teenage protagonist Eggsy (Taron Edgerton) finds himself attacked by a former turncoat Kingsman agent Charlie (Edward Holcroft) whom he thought had perished. Besides their close-quarter skirmish in the back of a retrofitted London cab careening down the streets of London at night, Eggsy also finds himself shot at by heavily armed gunmen on three other vehicles, which he eventually takes out with a trio of miniature missiles in the middle of a park.

Soon after, the entire Kingsman is nearly wiped out, save for Eggsy and his handy tech guru Merlin (Mark Strong), triggering the so-called ‘doomsday’ protocol that has both of them travelling to Kentucky to seek the help of their US counterpart called the Statesmen. There is now not one but two espionage organisations, and consequently a surfeit of secret agents joining the fold, including Statesmen head Champagne (Jeff Bridges), trigger-happy Tequila (Channing Tatum), tech nerd Ginger Ale (Halle Berry) and Burt Reynolds-style Western hero Whiskey (Pedro Pascal). Oh yes, the other audience favourite Harry Hart (Colin Firth) whom was shot point-blank in the head in the first movie is back too, courtesy of a McGuffin that inadvertently sucks any sense of real-life peril from the proceedings.

But then again, the same can be said of the cartoonish villain this time round – a nefarious drug kingpin named Poppy (Julianne Moore) who lives in her ‘50s ‘Happy Days’ vision of Middle America, complete with movie house, hair salon and diner, right in the heart of a remote Cambodian jungle village she calls ‘Poppy Land’. Using her global domination of the drug business, she threatens to kill millions of people infected by her poisoned ‘weed’ unless the US President (Bruce Greenwood) legalises drugs. The caricature doesn’t stop there; she has two killer robot dogs to protect her as well as a kidnapped Elton John (no kidding!) for her own entertainment/ amusement. It’s silly all right and even more kiddish than before, notwithstanding Poppy’s penchant for turning her disloyal subjects into cheeseburger filling using a heavy-duty industrial meat-grinder.

There is indeed a lot going on at the same time – on top of taking down Poppy and her henchman Charles, Eggsy has to contend with a somewhat off-form Harry who doesn’t quite have the same aim, reflexes and worse, occasionally experiences fluttery butterfly hallucinations (before he chose military service, Harry had ambition to be a lepidopterist); a third-act turn also has Harry suspecting that Agent Whiskey has been working against them all along; and last but not least, a US President who has schemed to let millions of infected people, including his own Chief of Staff (Emily Watson), perish in order to fulfil his personal agenda of ending the war on drugs in one fell swoop. Yet even at close to two-and-a-half-hours, director Matthew Vaughn and his long-time screenwriting collaborator Jane Goldman struggle to tie all the strands together compellingly, resulting therefore in a narrative that has a lot of ideas spinning around but not quite cohering fully with one another.

That many characters and storylines also means less time for Eggsy or for that matter, Eggsy and Merlin as well as Eggsy and Harry, the sum of which arguably gave the first movie genuine poignancy alongside its madcap action. Without a similarly robust emotional anchor, Vaughn predictably ratchets up the scale and tempo of the big action set-pieces, although none quite matches the same breath-taking audacity as the piece de resistance from the previous movie (remember the church massacre?). There is a bar fight which sees Agent Whiskey teach some sneering local troublemakers a lesson with his electric lasso (which is intentionally reminiscent of an iconic sequence in the last movie when Harry was in much better shape), followed by a wild shootout at a deserted lodge high up in the snowy Italian mountainside (which is also intentionally reminiscent of the classic James Bond flick ‘On Her Majesty’s Secret Service’), and finally the climactic showdown at Poppy Land that sees Eggsy and Harry (with Elton as an unlikely ally, no less) confront their arch nemesis and her array of gadgets. To be sure, Vaughn hasn’t lost his imagination, verve or irreverence in the able blend of high-octane action and tongue-in-cheek humour, and these aggressively stylised sequences are undoubtedly the highlight of the film and worth the price of admission alone; but the generous use of blood and gore doesn’t disguise the fact that the loss of danger diminishes the thrill and edge in the original.

If therefore your intent is to enjoy more of the same stylistic pizazz which Vaughn brought to the breathless fight scenes, then ‘Kingsman: The Golden Circle’ will surely satisfy – not only in its audacious defiance of the law of physics but also in its signature trick of making them sequences look like one single, long, unbroken shot. As with its predecessor, this sequel is firmly rooted in Vaughn’s vision of the Mark Millar and Dave Gibbons’ comic-book series as an over-the-top James Bond pastiche that cranks up the graphic violence while retaining the classic spy franchise’s classy air of sophistication. To be sure, we never expected the sequel to feel as fresh and original as its predecessor, but by trying to do so, it inadvertently turns what made it unique into sheer overkill, further exacerbated by a bloated plot that feels busy yet laboured at the same time. It is still plenty of fun all right, but it is nowhere as exciting, lively or distinctive as its claim to fame.

(Even more over-the-top than its predecessor, this overlong and overstuffed 'Kingsman' sequel still offers plenty of fun in its kinetic action sequences but is also a lot more cartoonish and a lot less lively) 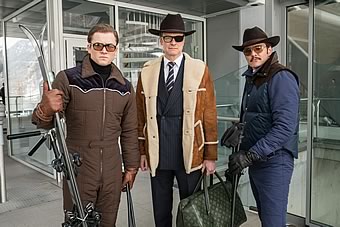 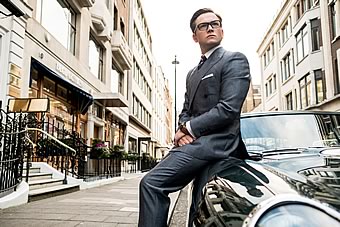 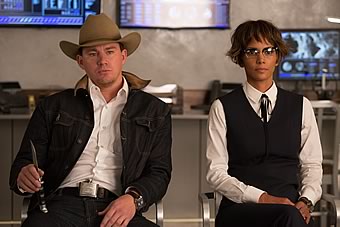