Synopsis: Based upon the acclaimed comic book and directed by Matthew Vaughn (Kick Ass, X-Men First Class), KINGSMAN: THE SECRET SERVICE tells the story of a super-secret spy organization that recruits an unrefined but promising street kid into the agency’s ultra-competitive training program just as a global threat emerges from a twisted tech genius.

One of the most memorable scenes in the trailer was Samuel Jackson (who plays the villian Richmond Valentine in the film) proclaiming that ‘Kingsmen: The Secret Service’ is "not that kind of movie". And yup, it wasn’t a typical spy movie indeed.

In a few more words, the ‘Kingsmen’ is a modern take on the British spy movie genre – one that was different, but in a good way, from the too-serious Tinker Tailor Soldier Spy and the kind-of-serious James Bond franchise. Perhaps it is because we never saw George Smiley or James Bond in training.

It might be a coincidence, but the previous film helmed by director Matthew Vaughn, ‘X-Men: First Class’, was somehow similar to the ‘Kingsmen’, perhaps due to the material and set. Gary “Eggsy” Unwin (Taron Egerton) is a school dropout who gets bailed out of jail and taken under the wing of Harry Hart (Colin Firth), a Kingsmen spy agent. Eggsy is thrusted into spy training and is forced to survive in the company of the bratty and snobbish upperclass British society, while Valentine tries to use SIM cards to stop global warming.

What struck me the most is the blood and gore throughout the film. While that might be seen as appropriate and normal for a movie with so many fight scenes, it did make the reviewer feel squirm at times. That said, the blood and gore did make the film more believable and exciting than other British spy movies, where there were minimal blood spilled (or so I remember) while the villians were somehow taken care of.

This is the second time in the recent years that Firth starred in an espionage film. His role in this film, however, is very much different from Bill Haydon from Tinker Tailor Soldier Spy (disclaimer: the reviewer has read the book, but not watched the movie). And it is a welcome change, with Firth being the butt-kicking, no-nonsense Galahad, the spy veteran and Eggsy’s mentor. Unsurprisingly, the role of a gentleman spy fits Firth to a T, while the fight scenes was the most un-Colin Firth, Colin Firth role I have ever seen.

Another standout is Jackson’s role as Valentine, probably the embodiment of the quote: “the road to hell is paved with good intentions”. Valentine is ruthless while not being able to stomach blood and gore, having Gazelle (Sofia Boutella) to do his murderous bidding. But really, could you blame someone who is trying to save the earth from her eventual destruction, although in a really Machiavellian way?

There was also (thankfully) a lack of damsels in distress that needed saving. Well, almost anyway.

‘Kingsmen: The Secret Service’ comes at a time when box offices are filled with Academy Award-nominated films. While the ‘Kingsmen’ do not fit into that mould, it comes as a welcome relief to movie-goers tired of the more serious and artistic offerings currently available.

(While ‘Kingsmen’ is an entertaining departure from the usual spy genre, what you see in the trailer is almost what you get) 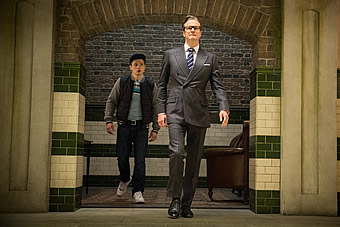 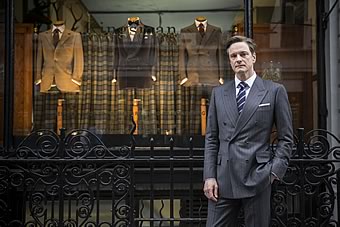 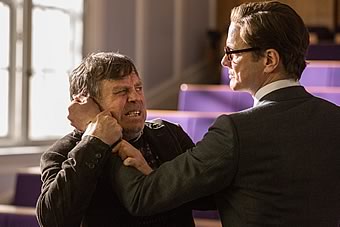 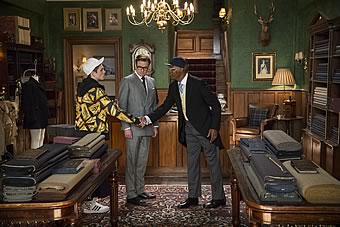 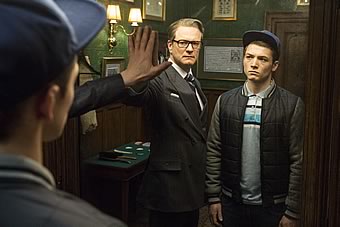 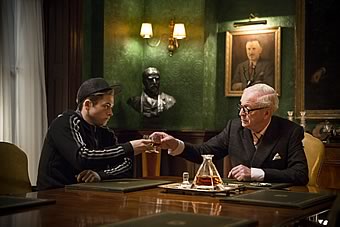