Synopsis: When the Horror Hound festival holds its first ever event in Louisiana, it attracts hundreds of geeks, freaks and die-hard horror fans from far and wide, to howl and celebrate into the night. Among them is love-able geek Chase (Imran Adams) and his devoted sweetheart Laine (Sydney Craven), she's got big news to share with Chase, and hopes to find the right moment to tell him he is going to be a father. But as the festival approaches, Laine begins to experience unexplained premonitions and disturbing visions associated with the town's past and in particular The Creeper (Jarreau Benjamin). As the festival arrives and the blood-soaked entertainment builds to a frenzy, Laine and Chase win a VIP tour to a Creeper Themed Escape room, where they will be joined by a film crew and the disturbing tour guide Stu (Peter Brooke). Laine believes that something unearthly has been summoned... and that she is at the centre of it.

A sense of déjà vu instantaneously slinks in as soon as Jeepers Creepers:Reborn opens up with a drone shot where the pair of ill-fated pensioners, merrily belting out tunes in their car as they cruise along the highway get to witness something that they should never have. The opening scene of the film that is alleged to be the first of the trilogy, successfully manages to pull the crowds into the storyline but not enough to drown in it. It begins falling back a little before the CGI-refined Creeper and his albino raven hastily launches the characters into the plot before we even know it. And what ensues would be the screams, the tears, the blood, the gore and all other visceral elements of a generic slasher movie.

Chase (Imran Adams) who is a diehard fan of cosplay gets too curious about the urban legend and takes his girlfriend (Sydney Craven) on this road trip to attend the gore fest dedicated to horror buffs. And in what’s dubbed as the ‘Coachella of Cosplay’, the creeper draw is held. The guiltless duo wins the ticket even without partaking in it. The grand prize is, of course, a night’s stay at the big old antebellum mansion in the outskirts of the sleepy town. Will the young couple along with other unassuming beings trapped in the haunted house set-up keep the audience glued to their seats? Or is it just one of those movies that uses the escape room premise? Let’s dig deeper.

Getting To Know The Creeper

What sets the Creeper apart from the rest is how he picks his victim. The Creeper is actually a Confederate-states ghoul that awakens to go on a killing spree every 23 years. He can't necessarily be classified as a traditional slasher though. He would often kill to attain a certain body part to consume and there are even times where he wouldn't kill because they didn't have something that he actually wants. Being a picky ‘eater’ himself, he does feed off humans, only if he approves of their genotype which is still quite a mystery to us audience. And in the event of losing a limb or part of himself, he would tear off that exact part of his victim to fix it onto himself. The Creeper also possesses some skills up his raggedy sleeve, where he would whistle a deafening trill that can cause one's ears to ring for minutes. Oh, and if the victim is preggo, then it's a slap-up meal for the Creeper.

Every 23 years the Creeper awakens to feed again and if the makers of this American horror number had waited till 2024, it would have been exactly 23 years since the first instalment of the Jeepers Creepers franchise. But they chose to go ahead with it to most likely emphasise on the fact that this is something entirely different from Victor Salva’s original trilogy. And perhaps, that’s exactly why it is labelled as “Reborn.” Albeit being an entirely different series under the same franchise, it is apparent that the makers wanted to set it apart from Salva’s original trilogy, given his conviction for paedophilic crimes back in the late ‘80s. It does offer the Jeeper Creeper 2 vibes, except that they aren’t trapped in a bus this time.

And there are two possibilities for someone to laugh while enjoying a horror movie. One has to be a self-soothing gesture to counter any fears and anxieties caused by the film’s content, almost as if to subconsciously assure oneself that it’s just a movie. The other reason has to be that the scenes are ridiculously funny that it evokes such a response. And the latter applies to some outlandish scenes of the 88-minute thriller. With poor performances that fail to create the kind of tension that we are familiar with when it comes to horror movies, it honestly feels more like a reboot than a fresh start of the trilogy. This slasher movie that conventionally features a lone killer, sadly sinks lower than the third instalment that was super iffy with its horror elements.

With many wishing upon the backstory of Creeper’s first kill or even a prequel to the first instalment that explores the story of the missing prom couple, Kenny and Darla, (whose head was later found sewn back on her body in the House of Pain) it could have resurrected the entire franchise. Wouldn’t it have been great if it was made into a trilogy series that delves deeper into the origin of the Creeper himself too?

Considering the fact that the dilapidated house is in the middle of nowhere, it gets one questioning on the bright interiors with light sources coming from outside. It would definitely make a tad bit of difference with dimmer and darker lights, thus making it naturally sinister.

Jeepers Creepers:Reborn would have been on an upswing if only it had been a spin-off series on Netflix with perhaps a different POV for the franchise to have enjoyed better success.

(The Creeper is REBORN this season for a reason! A typical date night slasher flick that is creepy, bloody and visceral. If you are an ardent fan of Jason Voorhees, Michael Myers or Freddy Krueger then this blood and guts horror B-movie with jump scares by the number may be for you) 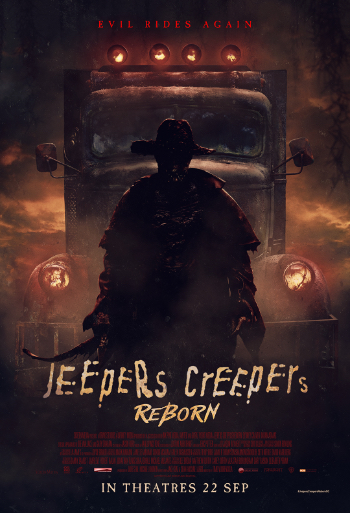 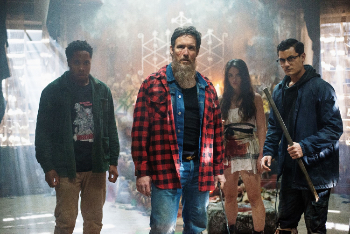 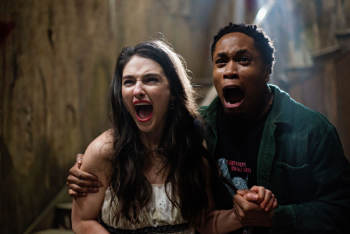 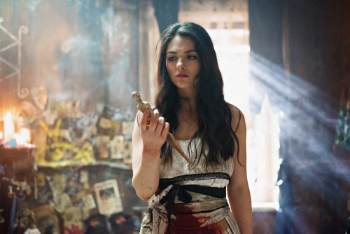