Synopsis:  It's 1968 in America. Change is blowing in the wind...but seemingly far removed from the unrest in the cities is the small town of Mill Valley where for generations, the shadow of the Bellows family has loomed large. It is in their mansion on the edge of town that Sarah, a young girl with horrible secrets, turned her tortured life into a series of scary stories, written in a book that has transcended time-stories that have a way of becoming all too real for a group of teenagers who discover Sarah's terrifying home.

“Why she so curious?”

“I thought she returned the book?”

“Why they return to the house?”

To a movie reviewer, nothing is scarier than a viewer who needs to verbalise her mind. And to the teenage girl in question, the answer to all of your question is: Because this is a movie, so just watch and you’ll know why.

Gripe aside, it’s a sign that Scary Stories to Tell in the Dark piques the interest of its audience, and it manages to somewhat string singular short tales into a larger missive - one targeted at its fans from the 80s and 90s.

Like its closest cousin Goosebumps, the three volumes written by Alvin Schwartz were horror stories targeted at young children. But its claim to notoriety was when certain parents tried to remove the books at school libraries, citing its disturbing and gruesome content as being inappropriate for children. The freakish illustrations by Stephen Gammell probably didn’t help.

But this is 2019 and the crowds can handle severed toes and decapitation with better gloves, so Andre Ovredal takes on the film adaptation, and displaces his predecessor, Guillermo del Toro, into the producer seat instead.

Boarding that nostalgic train made popular by Stranger Things, we see the same formula here - that of young kids fighting supernatural forces, with adults playing second-fiddle. But you can’t help if it is running out of steam.

It’s not that Stella (Zoe Colleti) as the sensitive ringleader in her awkward group is not charming. Or that Chuck (Austin Zajur) as the cheeky prankster and Auggie (Gabriel Rush) as the brainy manboy isn’t endearing. But it’s just that formula-fatigue is setting in, with character development and circumstances easily predictable within the first 20 minutes.

I did appreciate the social messaging weaved into the plot, what with the Nixon elections playing out on TV and references to racism targeted at the other lead, Ramon (Michael Garza), but the plot struggles a little to stay coherent and the character dabbling makes the stories a little detached.

Some of the stories fare better than others, and it’s not necessarily those that have longer screen time. And even though the pacing gratefully keeps things entertaining, the confrontations feel very one-note and thus not as satisfying as it can be. Some tightening of the shoelaces is needed here.

Maybe that is the disadvantage of telling that many tales in one chapter - that of appropriation and satisfying build-up. Luckily the creature design (no doubt del Toro’s influence here) and some great moments lift Scary Stories to Tell in the Dark out of banality. It’ll be interesting to see if the subsequent ones muster better meat. In the meantime, try not to terrorise the theatre with your chatter.

(Entertaining enough and sits better with a younger audience. But the older crowd might appreciate the social undertones and visual monsters in this adaptation. Luckily remains more boo-than hoo) 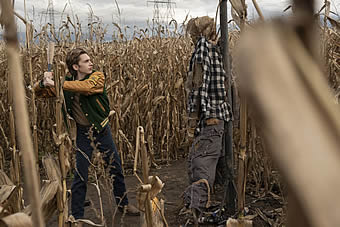 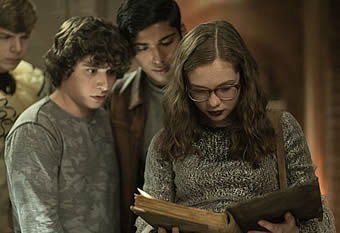 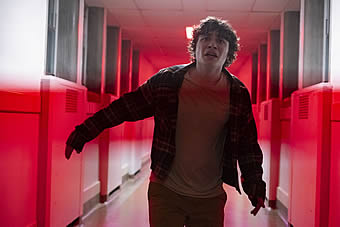 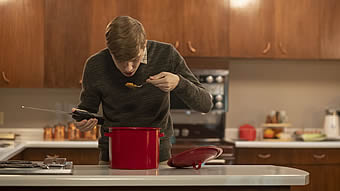 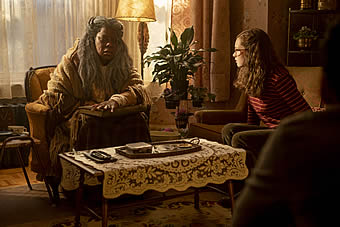 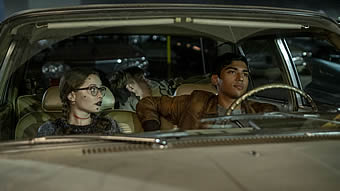