Synopsis:  Haruki Shiga happens to find a diary in a hospital one day. The diary belongs to his classmate, a girl named Sakura Yamauchi, who is revealed to be suffering from a terminal illness in her pancreas, and only has a few months left to live. Sakura explains that Haruki is the only person apart from her family that knows about her condition. Haruki promises to keep Sakura's secret. Despite their completely opposite personalities, Haruki decides to be together with Sakura during her last few months.

To start off with some clarifications, I want to eat your pancreasis not a gore/horror movie, which you might have imagined from the title. In fact, it’s a touching and youthful story about two high school students with stark differences in personalities, and their journey in each other’s lives. It is adapted from a novel of the same name, and it was also made into a life-action movie in 2017.

Sakura is extroverted, and always seem to be full of energy, boisterous and positive. In comparison, Haruki looks gloomy, and keeps his social activities to the minimal. However, their lives begin to intertwine when Haruki accidentally picks up Sakura’s work-in-progress personal chronicle at the hospital; it’s also a diary which she documents her fight against an illness. That’s when Haruki found out that Sakura is dying of a terminal disease, despite having a rather cheerful front. However, Haruki remained aloof, and did not show extra sympathy towards her condition. That attitude attracted Sakura to spend even more time with Haruki, as she could be her natural self without the squirms of having her secret exposed, or being treated differently like how her family does.

Before the novel was being adapted into a manga series (yes, it was first a novel, then manga), the interest to make I want to eat your pancreas into an animated movie was already confirmed. It stemmed from having a strong narrative, which is both heartbreaking and endearing. Without exposing too much of the plot, the dramatic twists in the narrative brings you on an emotional ride with the characters. The storytelling of the movie was done on point and brought to life the character developments each one of them had in the story (Sakura, Haruki and also Kyoko - Sakura’s best friend).

Although this is the first animated movie from a relatively new Japanese animation studio (Studio VOLN), the overall production value of the movie did not come off as novice. The music combined well with the progression of the story, accentuating the moods in the movie. If you had watched the real-life adaptation of the movie, this is equally tear-jerking, if not more. While there are several notable differences, such as decentralising the attention from protagonist ‘I’, telling the story in present rather than flashback, and not showing them as adults, the animated movie was equally enjoyable.

The ending of the story was a nice closure to the movie. It was established earlier on how Sakura wanted to live on, and that was manifested by showing how the interactions between Haruki and Kyoko had become. Not only is this a moving story, it’s one which celebrates one’s life and the legacy she/he leaves in people’s hearts.

FIREWORKS, SHOULD WE SEE IT FROM THE SIDE OR THE BOTTOM? (打ち上げ花火、下から見るか? 横から見るか?) (2017)
NAPPING PRINCESS: THE STORY OF THE UNKNOWN ME (ひるね姫 〜知らないワタシの物語〜) 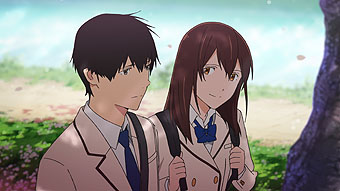 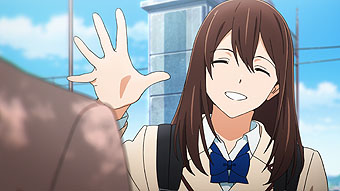 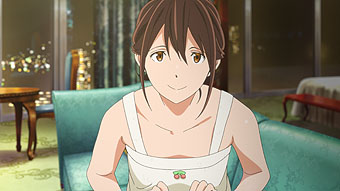