Synopsis: A deaf elementary school girl, Shoko Nishimiya, upon transferring, meets a boy named Shoya Ishida in her new class. Shoya, who is not deaf, leads the class in bullying Shoko, because she is deaf. As the bullying continues, the class starts to bully Shoya for bullying Shoko. After graduating from elementary school, Shoko and Shoya do not speak to each other… until later, when Shoya, tormented over his past, decides he must see Shoko once more. Shoya wants to make amends for what he did in elementary school and be Shoko's friend.

Even with the immerse popularity of 3D animations, traditional 2D animations remain a hit with Japanese audience. Last year Your Name, a non-Studio Ghibli production topped the Japanese weekend box office for seven consecutive weeks while A Silent Voice was also the 11th highest grossing Japanese release of the year. It’s consider quite a feat given the Japanese market is flooded with plenty of animation releases a year.

Don’t get put off by the poster of A Silent Voice, which seems to sell the animation like a girl-meets-boy kind of sweet manga love story. Dealing heavily with serious issues such as bullying, regret, friendship and death, it’s in fact an amazing animation feature coming out from the lesser-known Kyoto Animation outfit.

Based on the award-winning manga by Yoshitoki Oima, the feature opens with a teenager, Shoya Ishida who is contemplating suicideafter leaving behind a stack of cash for his hairdresser mom. Ishida feels disconnected with the rest of the world after a horrifying incident in 6th grade. Years ago when a newly transfer deaf classmate, Shoko Nishimiya joined the class, she became the target of Ishida’s constant taunting and bullying with the aid of his fellow classmates liked Ueno and Kawaii. When Shoko’s mum lodged a complaint with the school due to the constant loss of Shoko’s hearing aids, Ishida’s friends decide to turn on him and blamed him for the bullying. From that point onwards, Ishida becomes sort of a lost soul and his only desire is to meet up and make up to Shoko in this endearing teary journey of redemption and forgiveness.

This might seem like an easy setup, which will lead to Ishida and Shoko, somehow fall in love with each other along the way and closes thing with a happy ending. As a big relieve to all of us, A Silent Voice has more surprises and stories in store. Besides connecting back with Shoko, Ishida is also learning to reconnect with his old classmates such as Ueno who sits right beside him in the past and Sahara who abruptly left for a new school. He also befriends a bubbly boy in his class and becomes his buddy. Slowly, Ishida attempts to get back to society and as the story proceeds, it’s never an easy journey for him as his past keeps coming back to haunt him.

The introduction of other characters liked Shoro’s younger sister, Yuzuru and her other family members especially their doting grandmother adds realism and context. Even Ishida’s sort of free wheeling mum and little niece gets a few memorable scenes or two. The languishing pacing might deter some viewers but a sudden tragic turn of events in the third act might just catch you unaware.

Despite lacking the rich imagery and details seen in Your Name and Studio Ghibli’s titles, the animation work here still looks pretty stunning and extensive notable the theme park sequence, the koi fish swimming in the canal including mundane settings liked train station and road signs. All beautifully rendered on screen. I’m not an expert in sign language but I personally feel the filmmakers did a remarkable job animating the hand gestures and body languages both aspects looking wonderfully natural.

There is simply too much to explore and talk about in A Silent Voice that repeated viewings is a must. Kudos especially to director Naoko Yamada whose excellent treatment of the material is guaranteed to make you cry a tear or two. Through the eyes of Ishida and Shoko, the movie brought new light to issues on bullying and people with disabilities. It’s so engaging and emotional that I declare this is the must-watch movie on 9 March. 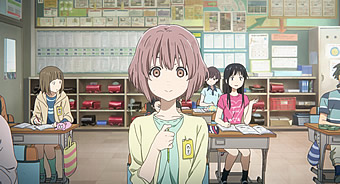 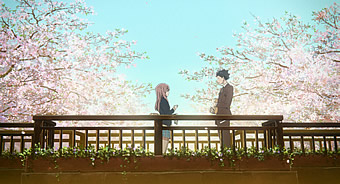 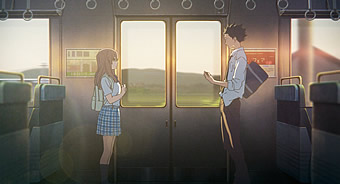 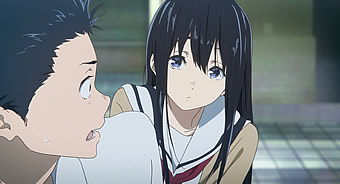 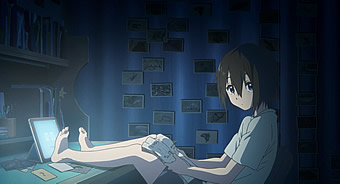 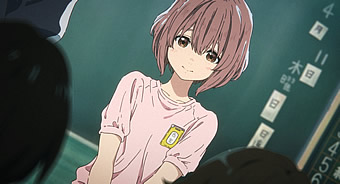