Synopsis: While interviewing for a relics smuggling case in London, television hostess Ha Mui meets multi-faced thief Nine-Tailed Fox and washed out police detective Cheung Ho. One wants to reveal the truth, one wants to steal the "Tang Dynasty Pottery Horse" and one wants to take criminals to justice. The three of them have different goals, but they must work together to gain the pottery, during which attracted a hunt for Nine-Tailed Fox by his rivals. What will be the final outcome?

Billed as a caper comedy, Lee sets the adventure around the theft of an antique horse statue that brings our three protagonists on a wild goose chase halfway across the world. Inspector Cheng Ho (Ekin Cheng) is on his own solo mission to find out just how the statue disappeared from police headquarters after being recovered from the scene of an accident. Meanwhile, Mui (Kelly Chen) has decided to investigate rumours that the statue will be the subject of an underground auction in London while attending a friend’s wedding. And as Cheng Ho and Mui cross paths, Cheng reveals that he is in fact on the hunt for an elusive thief who goes by the moniker Nine-tail Fox (Tony Leung Kar Fai).

Along the way, some occasional acts pop up to add a dash of zing. Eric Tsang and Wong Cho-lam are a pair of bumbling history experts who may or may not be involved in the disappearance of the antique horse. Mandy Lieu makes an entrance midway as an assassin employed by an underground antique smuggling ring to take out Fox. But pretty much, most of the attention is focused on our three key players – Inspector Cheng, Mui and Fox – who from London to Prague play out an elaborate game of cat and mouse which brings them from Piccadilly Circus to St Peter’s Church.

Shifting alliances, mistaken identities and hidden agendas – Lee throws them all in to keep his audience guessing just who is playing who and why.  Unfortunately, he underestimates the intelligence of his audience; indeed, anyone looking for a battle of wits should look elsewhere, for this ‘Horseplay’ turns out to be exactly that. Rather than relying on smarts, Fox gives Cheng and his merry band of policemen the slip by putting on various disguises (which look quite plainly obvious to us, if you ask me) and resorting to all sorts of tomfoolery. There is also hardly method to their pursuit of the valuable national treasure, which goes off in superfluous detours that end up nowhere – including an extended one in a giant indoor interactive amusement park in Prague.

That the excursion remains entertaining is in huge part due to the star wattage of its lead players. While Ekin Cheng’s pipe-smoking detective is increasingly sidelined as the movie progresses, the charismatic actor remains a delight to watch in a comic role which recalls that of his early 2000 action comedies ‘Hot War’ and ‘Tokyo Raiders’. Kelly Chen makes for an equally lively presence, but the one that holds the ensemble together is undoubtedly Tony Leung. Balancing gravitas with levity, Leung never overplays his character’s jokey persona, bringing an understated charm not unlike George Clooney’s anchoring presence in ‘Ocean’s Eleven’.

Complementing the actors’ good-humoured performances is veteran designer Yee Chung Man’s artistic flourishes, which further lend the movie a light-hearted whimsical touch from start to finish. It shouldn’t come as any surprise that this is the most un-Hong Kong movie for some time, but aside from the locations, tech credits here are top-notch, in particular Wade Muller’s cinematography of the European setting and Yuki Yamamoto’s jaunty score to accompany the merry proceedings.

And indeed, how much fun you’re going to have with this ‘Horseplay’ ultimately depends on how much you’re determined not to take anything that happens within seriously. Like we said at the start, there’s never any doubt at every juncture that Lee is out to make broad crowd-pleasing entertainment of the somewhat slapstick style, so if you’re looking for anything that’s witty then we advise you to look elsewhere. Otherwise, Leung, Chen, and Cheng are great company for one half hours, and good reason enough to lighten up and simply enjoy the excursion. 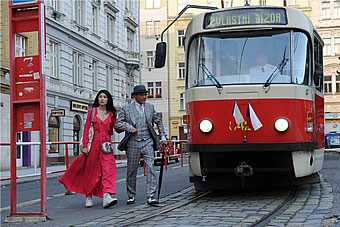 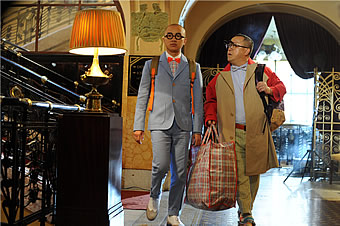 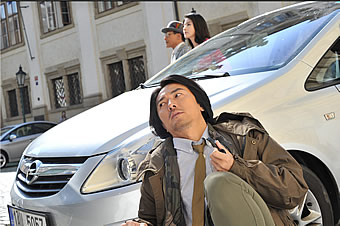 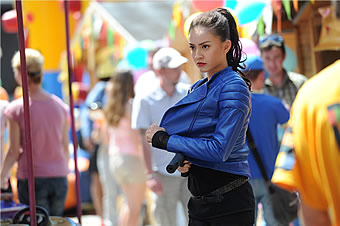