Synopsis: When Ellen, the matriarch of the Graham family, passes away, her daughter's family begins to unravel cryptic and increasingly terrifying secrets about their ancestry. The more they discover, the more they find themselves trying to outrun the sinister fate they seem to have inherited as it slowly destroys everything they know. Making his feature debut, writer-director Ari Aster unleashes a nightmare vision of a domestic breakdown that exhibits the craft and precision of a nascent auteur, transforming a familial tragedy into something ominous and deeply disquieting, and pushing the horror movie into chilling new terrain with its shattering portrait of heritage gone to hell.

If you’ve heard of ‘Hereditary’, you’ve probably heard it being acclaimed as a modern-day horror masterpiece; and yet, you may also may heard that it hasn’t been as widely embraced by audiences who have seen it as you’d expect of a movie bestowed with such accolades. There is good reason for both, but that in itself is one of the very reasons why you should not miss writer-director Ari Aster’s feature filmmaking debut, which marries psychological and demonic horror into one of the most unsettling films we’ve seen in recent memory. The fact that Aster accomplishes this without even a single jump-scare is even more remarkable, relying instead on good-ol’ suspense, dread and anticipation to get deep under your skin.

For at least the first hour, ‘Hereditary’ unfolds as a psychological drama about a family trying to process grief and guilt. Opening with an obituary notice for the 78-year-old family matriarch Annie Graham, it follows how her daughter Annie (Toni Collette) and two teenage children – the older Peter (Alex Wolff) and younger Charlie (Milly Shapiro) – cope with her demise. Annie doesn’t exactly mourn her mother’s passing, but she joins a grief support group anyways, and befriends a kindly woman named Joan (Ann Dowd) who seems at least a little bit too ready to offer her support and encouragement. More significantly, Annie immerses herself in her work: building and painting intricate dioramas, each one reconstructing a significant real-life occurrence from her past, complete with miniature dolls of the people in her household.

Whereas Peter buries his emotions in weed, his odd, withdrawn sister is a lot more badly affected, seeing as how she was their grandmother’s favourite. Not only does she retreat more deeply into her own realm, she behaves even more strangely, no more so than her nasty little habit of cutting the heads off dead neighbourhood birds. Perhaps the most well-adjusted member of the family is Steve (Gabriel Bryne), the even-tempered husband and father trying to be a pillar of strength for everyone else. Alas, a shocking accident will destroy the already fragile dynamics among them, and without giving too much away, let’s just say that the event itself also leads Annie to dabble with the occult, paving the way for an even more devastating finish.

Oh yes, one of its strengths is how it bottles up its supernatural elements until the third and final act, and if you’re looking for clues of just what these may be, think ‘Rosemary’s Baby’, ‘The Exorcist’ and ‘The Shining’. By the time it gets down to seances and demons, there is hardly anything subtle about it, so get yourself ready for ants devouring corpses, immolation and even self-garrotting. There is also a terrifying sequence where one character comes to realise that he is being possessed but is utterly powerless to stop it, and starts banging his face onto the desk in front of him. Despite the hints early on about spiritualism and sacrifice, nothing quite prepares you for when the film switches gears, and it is this transformation as well as its jaw-dropping conclusion that has audiences divided.

Notwithstanding the somewhat jarring tonal shift, there is no denying how deftly Aster plays with and even subverts audience expectation, such that there is both surprise and unpredictability watching how it all unfolds. Oh yes, it takes chutzpah for a first-time feature filmmaker to attempt such a narrative structure, but Aster does so with absolute confidence and mastery of the horror genre. His is a masterclass in slow-burn horror – rather than rushing into the scares, he builds up the Grahams’ world slowly, deliberately and meticulously, immersing us into their legacy, ancestry and psyche. There is ingenuity in the sparseness of his sound and set design, where the common tongue-clucking becomes the sound we come to fear the most and where long hallways, creaky attics and shadows in the background combine into one claustrophobic maze.

But ‘Hereditary’ is even more gripping because of the extraordinary performances by its sensationally gifted cast. Collette’s return to horror since her Oscar-nominated work in ‘The Sixth Sense’ is a terrifically unhinged turn as a mother under siege, and a scene where she unleashes her inner-most feelings at the dinner table demonstrates how precisely she calibrates Annie’s unease and rising hysteria. Bryne gives an assured supporting turn as her husband, while Wolff lends his brooding teen character a terrific blend of anger, confusion, fear and despair. Shapiro has fewer scenes than you would expect, but those are enough for her to establish her effective creepy-kid vibes. It’s rare you get such stellar acting all-round, but this is also why Aster’s film is so emotionally compelling.

Following its Sundance premiere, ‘Hereditary’ has been hailed as ‘The Exorcist’ of our era, with some even going so far as to call it the scariest picture you’ll see this year. Such adulation has no doubt contributed to inflated expectation about the movie, which we fear may end up working against it. To be sure, ‘Hereditary’s’ mode of horror isn’t to make you jump in your seat; rather, it takes its time to establish its premise, its characters and indeed its own rhythm, before literally releasing its demons. We can’t guarantee you’ll like where it takes you, but this is a film where the journey itself is worth the experience, and you’d do well to read as little as possible about it before going in. Without resorting to any superlatives, we’ll just say that ‘Hereditary’ will likely be one of the most memorable horror movies you’ll see this year – and we hope you’ll agree with us that it is because it is among the best.

(A masterclass in suspense, dread and tension, 'Hereditary' deftly marries psychological and demonic horror into one of the most unsettling films we’ve seen in recent memory) 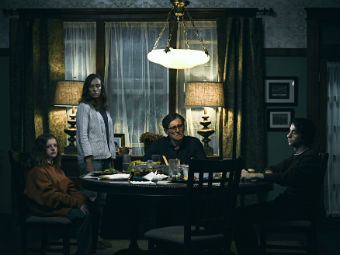 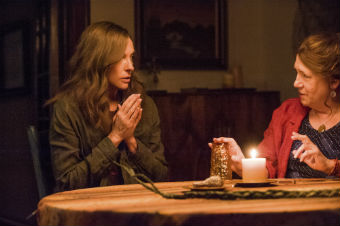 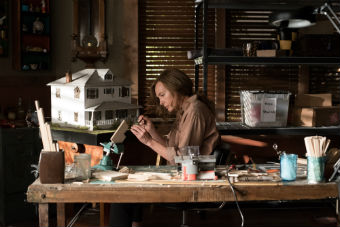 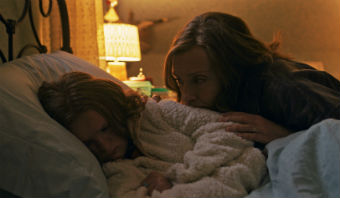 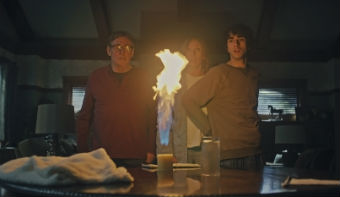 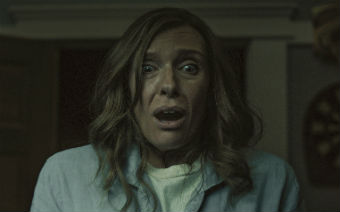