Synopsis: Actor Chan Kin-long (The Midnight After) makes his directorial debut with a gritty bromance drama born out of the much-lauded First Feature Film Initiative. In his finest performance to date, award-winning actor Gordon Lam Ka-Lung plays a former Hong Kong Military Service Corps officer who becomes caught in a triad manhunt when he takes in an ethnic South Asian man carrying a bag of stolen drugs. Forced to live under the same roof, the two men transcend their cultural and racial differences to form a beautiful friendship in this poignant tale of loyalty and brotherhood.

The manly brotherhood between dudes can be as beautiful as a romantic relationship between a man and a woman. This film paints a sorrowful yet glorious picture of the friendship between two men, both seemingly marginalised by the society. This is the kind of bromance guys imagine themselves to be in, portrayed by movie stars on the big screen.

We are first introduced to Chiu (the ever reliable Lam Ka Tung) in a black and white sequence at the beginning of the film. He is a captain of the British army pre 1997. After Hong Kongis returned to the Chinese, he becomes of the many soldiers abandoned by the system. Once a man who is proud of what he does for a living, Chiu becomes debt ridden and constantly involved in shady deals with gangsters. He crosses paths with Mani (newcomer Bipin Karma), a South Asian man on the run with a bag of stolen drugs. The small time criminal is obviously an outsider in Hong Kong who is conveniently (and rudely) addressed as “Brownie”.

The two men are somehow on the run from the same bad guys (outlandishly played by Ben Yuen and Michael Ning), and in the mix are also baddies from Taiwan(To Yin Gor and Tai Bo). The 101 minute film takes us on a journey to the city’s underbellies and in a very forlorn way, shows us the two protagonists’ trials and tribulations. It is very gloomy, but the unlikely bond between them is admirable.

The film is supported by the Hong Kong First Feature Film Initiative and was the only film in production when the industry was hit by COVID-19. Like the themes of loyalty explored in the movie, Lam did not receive any salary to support the local film industry. This very commendable act makes the film one that is worth supporting. The film was nominated in seven categories at the 2020 Golden Horse Awards, including Best Picture, Best New Director and Best Actor.

Director Chan Kin Long is an actor turned filmmaker (he appeared in Fruit Chan’s The Midnight After and Philip Yung’s Port Of Call), and his debut feature film has a lot of style. The cinematography is moodily hypnotic, and every frame is oozing with beautiful melancholy. There is also a one take fight sequence at the end of the film that is poetically executed and brilliantly showcases the stunt choreographer’s skills.

We wish the film could have made us emotionally more invested in how the two men are ‘leftovers’ from Hong Kong’s colonial past. It’s also a shame that the dubbed version loses some of its authentic flavour. Thankfully, the all star cast (besides the abovementioned familiar names, veteran actors like Chin Siu Ho, Tony Ho and Chu Pak Hong also show up) deliver noteworthy performances, making the movie a worthy watch. This is a project that is worth celebrating, and we are definitely looking forward to Chan’s future films. 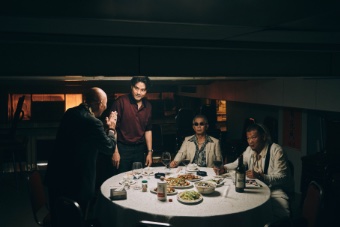 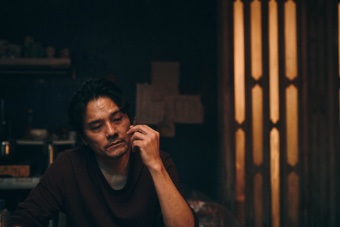 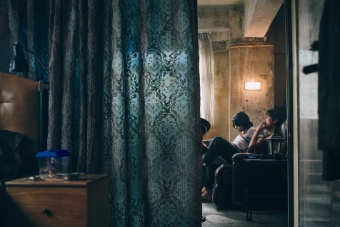