Synopsis: One night at a secluded community centre, the custodian murdered all the guest lodgers and killed himself. Ever since, on every Old Year’s Night, paranormal events began to take place within the building. Eventually, the centre was shut down and left abandoned for years. Do-jin, a renowned paranormal investigator, had lost his mother to a mysterious incident while she was performing an exorcism at the community centre. Ridden with guilt and grief, Do-jin headed over to the community centre, resolved to uncover the buried secrets. Determined to win a video contest and its prize money, three college students decided to capture a glimpse of the rumoured paranormal events on Old Year’s Night.

For all the modernity that surrounds Singapore, there’s always something about Asian rituals and ghosts that unnerve even the most disbelieving of us. In the case of Guimoon: The Lightless Door, director Shim Duck-geun leads us down a rabbit hole of hereditary spiritual work, trapped souls and superstitious lore, filled with a core of vengeance.

A female shaman attempts to exorcise an aggressive entity that’s keeping an old community centre haunted, rumoured to be the custodian who went amok during his shift and murdered the lodgers on the third floor before hanging himself. His motives were never uncovered, but his ongoing menace and the discovery of a body in a wall, perfectly preserved, is enough to have the locals asking for help. But halfway through the ritual, the shaman commits suicide instead.

Do-jin (Kim Kang Woo) is the shaman’s son, who’s imbued with the same talent as his mother, albeit a much more reluctant one. In his attempt to find reprieve from his grief, he returns to the block on Old Year’s Night to open a Guimoon - a doorway that lets him enter a space where the living and dead intersect. He reasons that when all the trapped souls are freed, he can then safely exorcise the custodian and save his mother afterwards.

At the same time, a trio of college kids are hoping to capture supernatural phenomena in the building, as a running contest is giving out serious cash for truly horrific content. They chose the same night to visit the building to see if an old lore is true - that a full moon can be seen on the rooftop of the building when there’s none in real life.

Moviegoers will know nothing’s going to be that straightforward. As Do-jin uses the guest records to hunt down the souls, he starts finding others that were not on the list. And for the college kids, it dawns upon them they are going to be in trouble when they see the rumours have very tangible effects.

The premise of Guimoon excited me because the contrast in attitudes between the two groups made for great opposing dynamics. And with a strong core mission from Do-Jin, the movie was off to a good start. Unfortunately, this peters out by the middle of the film.

At the beginning, there was a clear silhouette satisfyingly forming in the film as we uncovered each resident’s background, because it not only added a richer universe with their stories but also provided opportunities for some of the better scares. But for some reason, Shim abandons this route when Do-Jin meets the students, and afterwards, it’s just a mad escape for the entire group. Coming from the original premise, this felt like a sad copout.

Secondly, there was an artistry attached to the earlier scenes that also disappeared in the latter half. Abstract shots of tree branches and eerie cutaways lent a forlorn quality to build the mood, but it was all given up to bad make-up effects and cliche tropes (that convenient gimmick of handheld lights going off and coming back on) later on. Seriously, what happened? Did they change scriptwriters halfway? Guimoon sometimes comes across as two separate films.

It’s unfortunate because Kim is an excellent actor and creates delightful tension with his performances. Scenes like the one where he first enters the building and escapes from the murderous caretaker and the sound of his shovel is wonderfully taut, but it later turns a little manic with a lot of random flailing, with too much focus leaning towards the less-talented group of kids - maybe because the girl in the group is singer Kim So-hye?

If Guimoon had followed through on the more compelling plot of Do-jin’s redemption and less on the predictable twist in the third act, there would have been so much more meat and ample scares. But with its awkward steering, the film becomes run-of-the-mill, with still some creepy moments but not enough to save it from mediocrity. 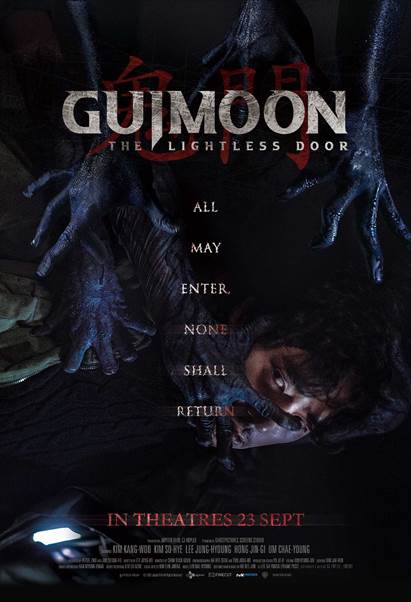 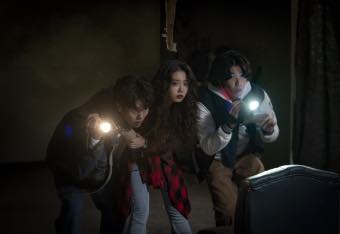 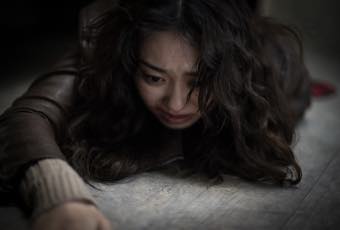 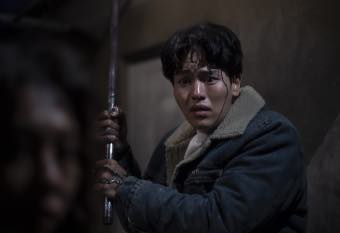 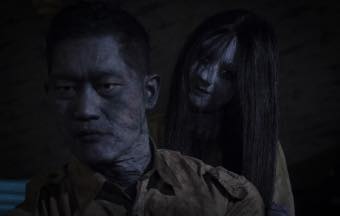 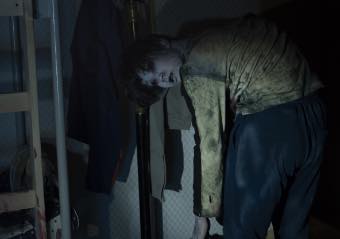 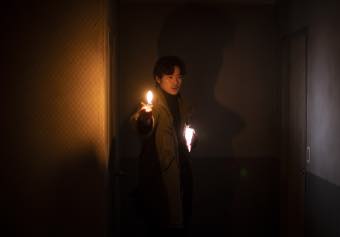