Synopsis: Stella Grant (Haley Lu Richardson) is every bit a seventeen-year-old: she’s attached to her laptop and loves her best friends. But unlike most teenagers, she spends much of her time living in a hospital as a cystic fibrosis patient. Her life is full of routines, boundaries and self-control -- all of which is put to the test when she meets an impossibly charming fellow CF patient named Will Newman (Cole Sprouse). There’s an instant flirtation, though restrictions dictate that they must maintain a safe distance between them. As their connection intensifies, so does the temptation to throw the rules out the window and embrace that attraction. Further complicating matters is Will’s potentially dangerous rebellion against his ongoing medical treatment. Stella gradually inspires Will to live life to the fullest, but can she ultimately save the person she loves when even a single touch is off limits?

It’s an almost unshakeable formula - a doomed romance featuring a character with a chronic disease is sure to turn the taps on. So, I guess if having one character doomed to die makes viewers bawl, imagine two!

In the line of terminal romance tear-fests like A Walk to Remember, Midnight Sun, and (most similarly) The Fault in Our Stars, Five Feet Apart calibrates the plot to include two patients with cystic fibrosis (shortened as CF) who fall for each other during their hospital treatment residency.

With such a trajectory, we know how things are going to go. The specific obstacles are not all that apparent initially, but because we get the drift pretty soon in the game, it works against the film’s favour when they continue to drum it in later in the film. Five Feet Apart does not reinvent the wheel, but allots a disproportionate time trying to remind the audience of their sell - that CF patients cannot get within six feet of each other for fear of an infectious bacterial exchange. As our rebellious male lead Will (Cole Sprouse) says with fitting exasperation in one scene, “Six feet apart. Got it.”

So this fatalistic scenario is pushed upon the audience to ad nauseum, with almost every scene and every character reminding us of the potential complications if our couple touch. So after a particular sobering scold by nurse Barbara (Kimberly Hebert Gregory), Will backs off from Stella (Haley Lu). In somewhat of an anti-climactic proclamation, she announces on in her Youtube broadcast that she is “stealing one foot back” from CF. This only makes sense philosophically, so don’t tax yourself too much on how that makes logical sense, but it helps to give rise to the film’s title.

Remember that saying about the greatest distance being when two are near but they can’t touch? There’s plenty of visual representations in Five Feet Apart. From the hospital doors, a billiard cue (which measures 5 feet long), and of course, healthy doses of longinging looks through glass panes, the film milks this cow for all its worth. But like MSG and pepper, this should have been done in moderation. The novelty of the cue wears off quickly, and even the use of it at a pool scene goes awkwardly Shades of Grey.

And even CF advocates have been a little wary of this portrayal. While they are glad for some representation, they fear that the scenes where the main characters touch each other’s medications and walking together without masks, may mislead some members of the public. This idealistic creative license may have far-reaching consequences if not handled right.

While Lu and Sprouse both do a decent job of giving nuance to their characters, their supporting family and nurses feel too functional within the writing to extend the story beyond the two. Maybe Barbara playing a harsher well-intentioned nurse could have given the film the grit it badly needs when dealing with such a serious condition, making things more fragile. Only Moises Arias stands out for his tender portrayal as Stella’s best friend, Poe, and his storyline works well to relief the storyline and guide it organically.

Five Feet Apart aims high but plays it way too safe, and doesn’t give the medical conditions the gravity and urgency it needs, to become something deeper. While it will still invariably tug at heartstrings, it won’t be making significant impact as a film.

(Nothing new here, but fans of these engineered terminal romance flicks will no doubt get their money’s worth in tears) 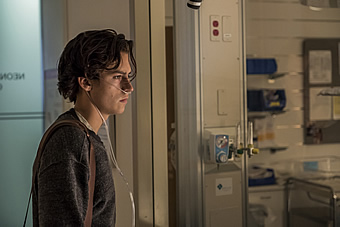 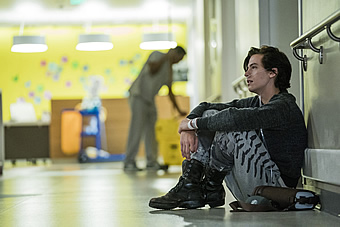 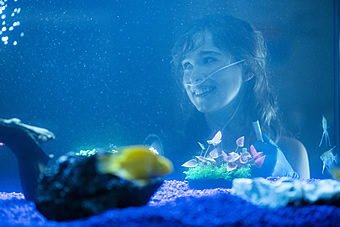