Synopsis: Detective Sergeant Bruce Robertson wants a promotion. He is clearly the best man for the job - the rest of his colleagues are just idiots. Annoyingly, there's been a murder and Bruce's boss wants results. No problem for Bruce. He's in control and when he solves the case and wins the promotion, his wife will return to him. No problem. But is life that simple? Is Bruce the man he really thinks he is? The tragic, hilarious and memorable answers unfold in FILTH...

You know how some people will forever be remembered for that one piece of work he or she has done because it was so darn good? Yup, we are talking about actors and filmmakers like Mark Hamill (fans of Luke Skywalker unite!) and Richard Kelly (any self respecting cinephile will tell you how much he loves Donnie Darko). If you really had to, feel free to include Brandon Routh (we have no idea what the Superman Returns star is doing now either). Then we have authors like Irvine Welsh. The Scottish novelist is recognised for his novel Trainspotting, which incidentally often quoted by any self respecting film fanatic. You know he’s still living with that fame when every single film adapted from his works comes with the “From the creator of Trainspotting” marketing tag.

After the somewhat disappointing Ecstasy (2011), the filmmaking industry picks up another one of Welsh’s works and turns it into a movie experience. This time, we get the very likeable James McAvoy as the protagonist in this crime comedy drama. He plays a bipolar and bigoted junkie policeman who manipulates and hallucinates his way through the 97 minute production in a bid to secure promotion and win back his family.

Like Danny Boyle’s modern classic and the little known Rob Heydon film before this, this film deals with un Disney elements like recreational drug use, denial of opportunity, hooliganism, sex and a very strong Scottish identity. And the filmmakers hit the right spot by picking McAvoy as their leading man. We loved the 34 year old actor in 2006’s The Last King of Scotland (his supporting role beside the Oscar winning Forest Whitaker is a head turning one), 2007’s Atonement (how can you not weep when the poor guy died in war without seeing the love of his life?) and of course, 2011’s X Men: First Class (way to go, Professor Charles Xavier!). Oh, the Scottish actor was also Mr Tumnus, the loveable hooved creature in 2005’s The Chronicles of Narnia: The Lion, the Witch and the Wardrobe.

It’s nice to see how McAvoy has come this far, juggling roles of different genres, comfortably moving from indie productions to Hollywoodblockbusters. Here, he turns in another impressive performance as a down and out cop who is as confused as anyone of us urbanites is. Amidst the fast talking, cocky behaviour and can’t care less attitude is a vulnerable individual who is in desperate need of redemption. Forget the Oscars and BAFTAS, McAvoy nabbed the Best Actor award at the British Independent Film Award.

The rest of the film isn’t too shabby either. The themes explored are aptly translated on screen by director Jon S Baird. There are some truly hilariously terrifying images – without giving too much away, you may want to get yourself ready for some animalistic shock. The ensemble cast is also a capable one, from Imogen Poots’ bossy colleague and Jaime Bell’s rookie cop to Eddie Marsan’s mild mannered friend and Jim Broadbent’s scary psychiatrist.

The film moves along at a nice and almost addictive pace, before culminating in a satisfactory finale played to Clint Mansell’s effective score. The last shot before the innovatively animated end credits will leave you pondering how one can cleanse himself of the filth that is life. 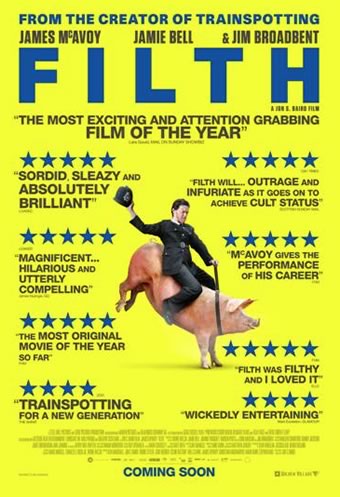 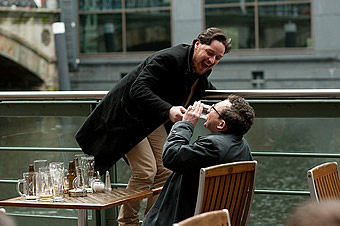 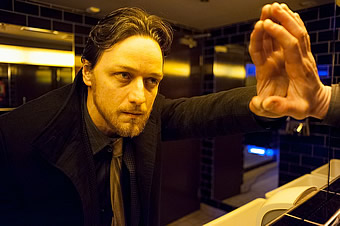 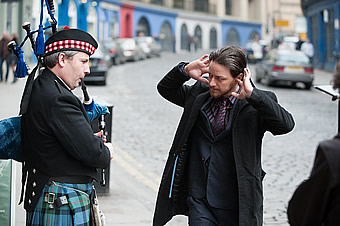 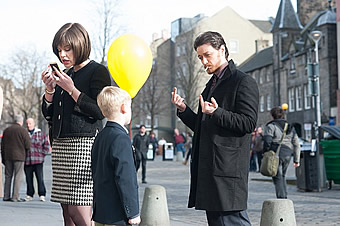