In the media world, Frank Herbert’s Dune is well-regarded as the sci-fi equivalent of Tolkien’s Lord of the Rings - unfilmable. Peter Jackson surprised everyone with his production, even as it took almost an entire country’s worth of talent to realise the vision of the latter. Hoping to capture the other corner is Denis Villeneuve.

First, let’s set things straight - Dune is beyond pretty. In an era where space titles have mostly opted to go bigger or resort to gimmicky design, Villeneuve’s sophisticated sense of scale and the visceral truly explode as an opus on screen.

Much like his earlier Arrival, the elegance in which he expresses the future is mesmerising and refreshing, yet holds an odd sense of believability that draws you in like a siren. But Arrival is clearly the quieter cousin, because Dune is full-blown pageantry. The desert here is creamy. The steel here hums. Every texture here is decadent, thrummed to life by the score from Hans Zimmer.

The composer is clearly a strong partner to Villeneuve’s canniness for the intrinsic. The multi-award winning Zimmer seems to be having fun with experimentation - zipping through anything from folk-centric panels to lush synth rollers, and the effect is quite profound if at times pompous. The ethno vibes in particular have been used to mark the houses of Dune’s universe, and additions of inner Asia’s throat-singing to a more stoic bagpipe anthem enriches Dune with an unspoken history.

But for all the spectacle that is Dune, Villeneuve’s final effect does have clear lapses. This could be because this chapter, meant to be part one of two films, stays too long in prequel territory. It’s like the well-meaning friend who can’t wait for the reveal of your surprise, and in the meantime drops you not-so-cryptic clues on what’s to come. It just gets a tad annoying after a while.

Through distracting visions and disembodied voices, Villeneuve and his writing partners Jon Spaihts and Eric Roth remind the audience that our dashing ducal heir Paul Atreides (Timothee Chalamet) is meant for bigger things. And even as the film dives into the main arc of House Atreides’s new political assignment, the writers never fail to interrupt the scenes with his supernatural comas. Thing is - it can come across as manipulative, especially when the setup for the first act was well-finessed.

As the noble House Atreides takes over the assignment of harvesting Spice on planet Arrakis, as decreed by the Emperor, Duke Leto Atreides (Oscar Isaac) vows to build an alliance with the native Fremens, choosing to differ sharply from the former usurpers from House Harkonnen. Villeneuve lays out the foundation well here, introducing the world in clever ways to avoid obvious exposition. Even as the second act unfolds the political schemes of each party, there is the element of discovery and realisation to keep the audience rapt - even if some of the characters remain sadly banal in this chapter (a sad waste of Oscar Isaac, Rebecca Ferguson, Josh Brolin, Jason Momoa, Javier Bardem, and Zendaya).

It is at the final leg that Villeneuve and his team falters. The pacing lacks rhythm and at its worst parts, even listless. And because characters were left underdeveloped with toe-dip relationships, some hard decisions in the story left me cold. With the sporadic spurts of scenes at the end, I’m sure I wasn’t the only one in the theatre to wonder if the movie will ever end. It feels like it doesn't know what to do with itself, and by the time it does, the grandiose send-off is rather anticlimactic.

But with one eye closed for the fact that this is a self-conscious first-parter, Dune is still well-worth a ticket down to the big screen. Partially to immerse yourself in its filmic extravaganza - probably the closest thing to travelling you’ll get for now - and also to witness the otherwise skillful visual and aural manifestations of the incredible team. There are heart-stopping moments and jaw-dropping action enough to satisfy, and those scenes of the iconic sandworm making an appearance, is delicious movie magic.

(An impressive entry into the Dune universe, with a cerebral approach to production. It suffers from flat characters and an indecisive third act, but is a spectacle worth shelling out for) 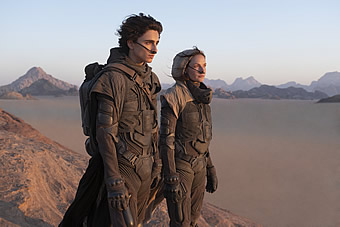 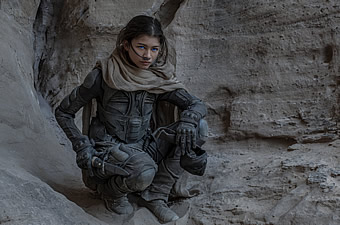