It has been a while since a movie based on a major videogame property has been translated to the big screen. Anyone still recall the lackluster performance of Prince of Persia and Need For Speed? No doubt there’s already an established audience for a videogame property, however the risk of making a videogame adaptation is still bigger than launching the next superhero. Peter Jackson and Microsoft tried for years to get Halo off the ground, ultimately money became an issue and a deal wasn’t reached.

Warcraft had it easy because Legendary’s Thomas Tull is a fan of the property and his name alone is reputable enough to bring onboard the talents and moolah (The Chinese contributed truckloads of it). And thus after three years of production spearheaded by director Duncan Jones (Moon, Source Code), the immensely popular gaming franchise by Blizzard finally launched a feature length movie in Hollywood. But is it worth to buy a ticket to catch it on the big screen?

Without much background or even crawling text to explain, we are thrown right into Draenor, the dying home to the gigantic green Orcs after the opening credits. The Orcs must find a new home and conveniently via a magic portal, they found Azeroth, a peaceful planet inhibited by humans, elves and dwarfs. Sir Anduin Lothar (Travis Fimmel), the faithful Knight to his beloved King (Dominic Cooper) and Queen (Ruth Negga) must launch a counter attack against the aggressive Orcs led by Warchief Blackhand (Clancy Brown) and power hungry warlock Gul’dan (Daniel Wu) who is desperate to make Azeroth their new home. All this while, Chieftain cum family man Durutan (Toby Kebbell) believes in co-existing between orcs and humans, a belief which leads him to form an alliance with the King.

As if there’s not enough confusion to all those look-alike lumbering Orcs, mouthful names and bearded men (Gillette wasn’t invented then), there’s Ditto Garona (Paula Patton), a half-orc, half-human slave who conveniently falls in love with the most macho man on the planet, Lothar. Then there’s a reclusive wizard guardian Medivh (Ben Foster) on the human side who might also be dabbling in some sort of dark magic of his own. There are plenty if not abundance of characters appearing in the two hours movie. George RR Martin and J.R.R. Tolkein will be proud of what Duncan Jones and fellow screenwriter Charles Leavitt has accomplished in such a short span of time.

Especially for non-fans of the game, this movie might be tedious at times to sit through. With lots of characterization, many surprise twists and fake endings ambitiously crafted by Jones and Leavitt, Warcraft attempts in many ways to mimic the success of Lord of the Rings, Harry Potter and Games of Thrones. But they clearly forgot the above-mentioned material has a stronger foundation to begin with while Warcraft has only a limited screentime to deliver the magic and establishing a franchise at the same time.

Another major grip is the insane amount of CGI which borders between very good and very bad. The Orcs are beautifully crafted with fine facial and muscles details. The rest of the CG landscape and background however is not exactly on a photorealistic level to pull you into the story. You can argue it’s a fine tribute to the videogames for all you want but personally it’s hard to stomach the weaker parts of the animation.

Toby Kebbell (Dawn of the Planet of the Apes) no stranger to performance capture is excellent as the Orc with a heart. Hong Kong actor Daniel Wu’s first major Hollywood outing is far more exciting than his typical Asians stuff while Clancy Brown’s deep commanding voice indeed helps a lot in this movie. The human characters on the other hand are a mixed bag with Dominic Cooper and Travis Fimmel basically dialing in their performances. Even the always-reliable Ben Foster looks incredibly bored as the guardian wizard and Paula Patton looks incredibly goofy as the half-Orc Garona. The sole bright spot turned out to be Ben Schnetzer (The Book Thief) who portrayed a junior wizard with incredible powers.

Jones has proven himself to be a great storyteller with Moon and Source Code but Warcraft is only entertaining enough in spurts. It conjured enough spectacle and sound on the whole to qualify as a summer blockbuster unfortunately the frenzied pacing and generic narrative fails miserably to capture the audience’s attention or even the desire for a sequel. You can choose to play the MMORPG game or you can buy a weekday ticket to check things out.

(For a movie filled with magic spells, action and Orcs, Warcraft is middling) 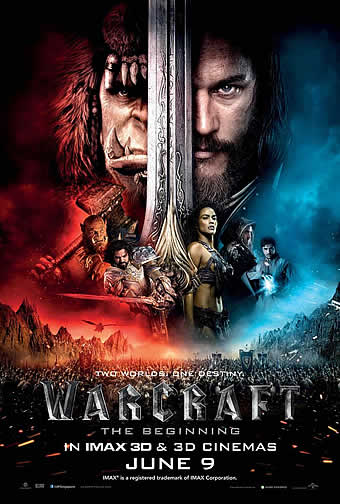 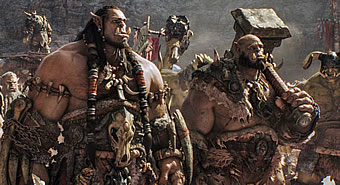