Synopsis: Yusuke Kafuku (Hidetoshi Nishijima), a stage actor and director is happily married to Oto (Reika Kirishima), a screenwriter. However, Oto suddenly dies after leaving behind a secret. Two years later, Kafuku, still unable to fully cope with the loss of his wife, receives an offer to direct a play at a theater festival and drives to Hiroshima with his car. There, he meets Misaki (Toko Miura), a reticent woman assigned to become his chauffeur. As they spend time together, Kafuku confronts the mystery of his wife that quietly haunts him.

The very fact that there is a film based on Japanese writer Haruki Murakami’s work is a reason for cinephiles to get excited. Known for exploring existential and surrealistic themes in his stories, the celebrated author’s words are often relatable to the human soul, especially if one finds himself to be spiritually lost. It is almost exhilarating to see how a film can visually translate Murakami’s works on screen. Titles we’ve seen that have struck an emotional chord (albeit to different levels) include Tony Takitani (2004), Norwegian Wood (2010) and Burning (2018).

The latest adaptation is directed by Ryusuke Hamaguchi, and is based on a short story of the same name from the 2014 collection Men Without Women. The 30 page story is transformed beautifully into a three hour film about loss and grief. After watching the film, you'll understand why it won the Best Screenplay, the FIPRESCI Prize and the Prize of the Ecumenical Jury at this year's Cannes Film Festival.

The protagonist is Yūsuke Kafuku (Hidetoshi Nishijima), a theatre practitioner who is mourning the loss of his wife Oto (Reika Kirishima) when she dies from cerebral haemorrhage. Their relationship has been somewhat strained, with the death of their young daughter and Oto’s infidelity. Yet, there is a peculiar balance as the two scarred individuals rely on each other for emotional solace.

The opening credits appear on screen after the above prologue, about 40 minutes into the film. You prepare yourself to follow Yūsuke as he heads to Hiroshimato direct Anton Chekhov's classic drama Uncle Vanya. Besides having to work with a multilingual ensemble cast, he is forced to use a chauffeur in the form of Misaki (Toki Miura) because of a local regulation. Over the next two hours in the film, you are brought along for the ride as Yūsuke’s encounters with different characters help him find closure This includes a young actor Takatsuki (Masaki Okada), who may have been one of the men his deceased wife was seeing, and of course, the seemingly nonchalant driver who has her own demons to purge.

Running at 179 minutes and at an unhurried pace, this is naturally not a film for viewers who are used to blockbuster movies. But this is also the perfect opportunity for you to slow down your rushed way of life, take stock of what life has given and taken away, and ponder whether there is a glorious resting point at the end of the journey. This is affectingly illustrated in one of the last sequences of the film, where we see a mute Korean woman acting the monologue from Uncle Vanya.

Some of the best scenes take place in the red Saab 900, a vintage two door car lovingly owned by Yūsuke. Like how we engage in conversations (although sometimes unwillingly) with the driver during overseas road trips, the setting allows characters to share their true feelings. One sequence as Okada’s somewhat unlikeable young man talking to Yūsuke – it is a tension filled conversation about the woman whom both men have loved on different levels. More therapeutic conversations take place between Yūsuke and Misaki – they allow both characters to come to terms with what have haunted them for almost a lifetime. The effect on viewers is healing as well, and that’s why this long ride in the theatre is worth your time.

(Can one truly find closure after a tragedy? While this slow-burning drama heals its grieving protagonist, it attempts to get viewers to come to terms with life's complexities.) 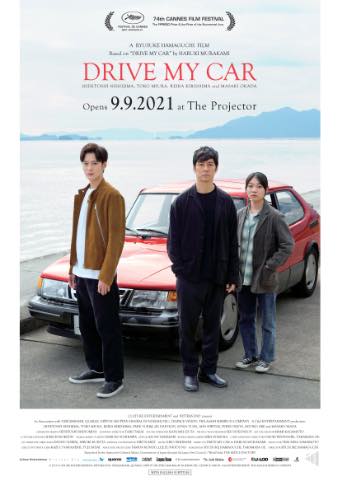 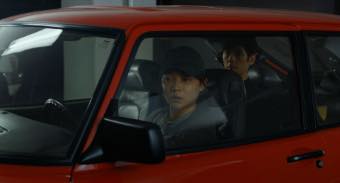 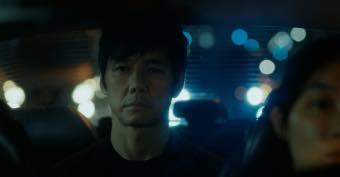 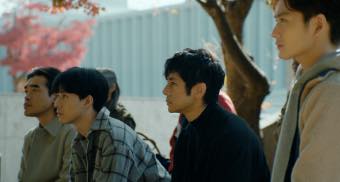 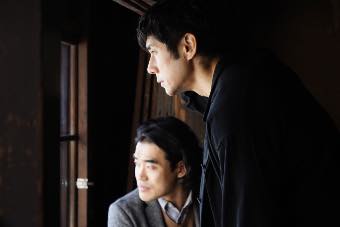 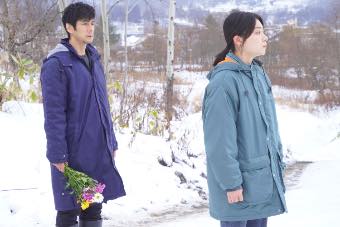