Synopsis: Some say that all houses have memories. For one man, his home is the place he would kill to forget. Daniel Craig, Naomi Watts and Rachel Weisz star in Dream House, a suspense thriller about a family that unknowingly moves into a home where grisly murders were committed...only to find themselves the killer's next target. Successful publisher Will Atenton (Craig) quit a high power job in Manhattan to relocate his wife, Libby (Weisz), and two girls to a quaint New England town. But as they settle into their new life, they discover their perfect home was the murder scene of a mother and her children. And the entire city believes it was at the hands of the husband who survived. When Will investigates, he's not sure if he's starting to see ghosts or if the tragic story is just hitting too close to home. His only clues come from Ann Paterson (Watts), a mysterious neighbor who knew those who were shot. And as Will and Ann piece together the haunting puzzle, they must find out who murdered the family in Will's dream house before he returns to kill again.

Known as the movie that brought now-married Daniel Craig and Rachel Weisz together, ‘Dream House’ is the kind of horror thriller that boasts a to-die-for pedigree- including one Oscar winner (Weisz), two Oscar nominees (director Jim Sheridan and supporting actress Naomi Watts) and one 007 hot property (Craig). How then did this film, which was not screened in advance for critics in the US, come to be met with almost universal derision when it opened?

Frankly, we’re not quite sure as well, for the movie we saw was more than decent. Sure, it wasn’t a classic by any measure- but for the most part, it was intriguing and suspenseful, subverting your genre expectations along the way. Indeed, there is much promise in David Loucka’s screenplay, which presumably was what attracted the likes of Craig, Weisz, Watts and Sheridan- though it is also because of Sheridan that the finished product doesn’t quite live up to that promise.

Horror is thus far unexplored territory for the six-time Oscar nominee better known for his Irish dramas ‘My Left Foot’, ‘In the Name of the Father’ and ‘The Boxer’, and his lack of experience is apparent from the pedestrian approach he takes with the material. Sheridan displays little flair with the story’s horror elements and psychological themes, never fully exploiting either’s potential to its fullest. Nonetheless, thanks to Loucka, the film remains engaging because it is never quite what it seems.

Beginning as if it is another perfunctory haunted house story, the film paints Will as the editor of a Manhattan publishing company who quits his job to move with his wife, Libby, and two small daughters to a newly bought suburban home in a quiet New England town. It’s the very exemplification of the perfect family life, and up to this point, Sheridan does a fine job painting the minutiae of their day-to-day lives.

But Sheridan starts to lose his footing when Will discovers their idyllic abode hides a dark past, beginning with sightings of figures outside the house, footsteps in the snow, and strange candlelight rituals by Goth teenagers in the basement at night. These individual sequences still pack a thrill thanks to seasoned cinematographer Caleb Deschanel’s good use of light and shadows to build atmosphere- but instead of building up the tension to a crescendo, Sheridan deflates it when he botches the midway twist.

Since the producers didn’t think much of keeping it hidden in the trailer, you’d probably know by now that what began as a variation of ‘The Amityville Horror’ will eventually turn into something closer to ‘Shutter Island’ with a little ‘Sixth Sense’ thrown in for good measure. The ideas in the film aren’t anything new, but Loucka manages to recycle them into something interesting by mashing them up into one movie.

That ingenuity is somewhat lost by Sheridan’s subsequent misguided emphasis on the dynamics between Will and his family, instead of Will’s mental state. What was supposed to take the movie in a dramatically different direction ends up rendering it inert, so much so that the action-packed climax where the truth of the brutal murders that took place in the house five years ago comes to light seems jarring. This may also be a result of studio meddling (which resulted in a public disagreement between Sheridan and production house Morgan Creek), but arguably the distinct lack of tension in the second half of the movie makes a weak case for retaining Sheridan’s artistic vision.

The mismatch between director and material is the film’s greatest flaw, but casting is one of its bright spots. Craig is never less than compelling as the lead character who discovers his perfect life is nothing like what it seems, and he handles his character’s transformation deftly. Weisz is affable as ever, and her scenes with Craig brim with genuine chemistry. The rest of the supporting roles are mostly underwritten, but you can’t quite go wrong casting veterans like Watts, Elias Koteas and Marton Csokas in them.

It’s inevitable that one has high expectations for a thriller with such an A-list cast and director, but the overwhelmingly negative reviews thus far should probably be fair warning that this is not going to be anywhere near classic. Still, this is definitely not as dire as some reviewers have made it out to be, packing a neat mystery at its heart complete with a nifty midway twist. If you’re in the mood for some suspense, there should be enough taut moments in here to keep your attention rapt.

(It doesn't live up to the promise of its A-list cast and director, but it serves up enough mystery and suspense for some diversionary pleasures) 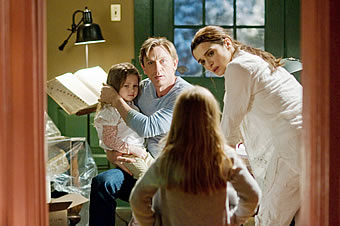 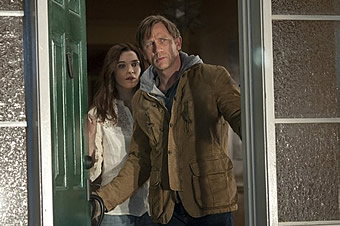 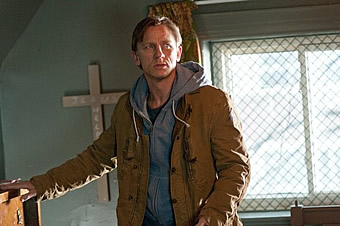 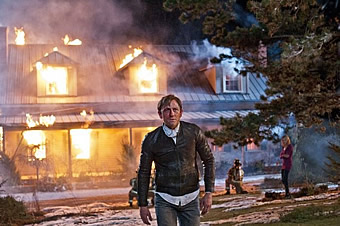 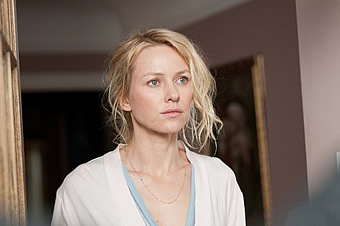 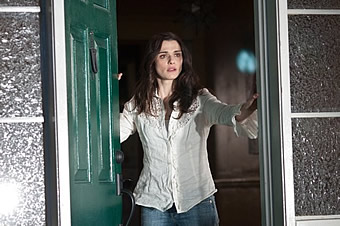