Synopsis:  From Participant (Spotlight, Green Book), critically acclaimed DARK WATERS tells the shocking and heroic story of an attorney (Academy Award(r)-nominee Mark Ruffalo) who risks his career and family to uncover a dark secret hidden by one of the world's largest corporations and to bring justice to a community dangerously exposed for decades to deadly chemicals. Corporate environmental defense attorney Rob Bilott (Ruffalo) has just made partner at his prestigious Cincinnati law firm in large part due to his work defending Big Chem companies. He finds himself conflicted after he's contacted by two West Virginia farmers who believe that the local DuPont plant is dumping toxic waste in the area landfill that is destroying their fields and killing their cattle. Hoping to learn the truth about just what is happening, Bilott, with help from his supervising partner in the firm, Tom Terp (Academy Award(r)-winner Tim Robbins), files a complaint that marks the beginning of an epic 15-year fight-one that will not only test his relationship with his wife, Sarah (Academy Award(r)-winner Anne Hathaway) but also his reputation, his health and his livelihood.

If you’re still using Teflon, you might want to watch this.

Based on the New York Times article “The Lawyer Who Became DuPont's Worst Nightmare”, Dark Waters is a true (and ongoing) story of man versus corporate giant, as he exposes the toxic lies of one of United States’ biggest public company. And it ain’t pretty.

Todd Haynes has created a project without much of its usual dramatics. Gone are the theatrical story obstacles blown up for the sake of tension, and in its stead, is a piece that adopts a pace more suited for a documentary. Dark Waters conducts itself with a dreariness that emphasises the arduous process the lawyer Robert Billot (Mark Ruffalo) and his client Wilbur Tennant (Bill Camp) had to endure, and while this might add to the tragic realism of the events, it does bear heavily upon the audience’s patience as well.

But in short, Dark Waters is a film about how Robert came to turn against the very companies he once defended, after a farmer from his hometown asked him to investigate suspected contamination by DuPont on his lands. The problem was not only real, but revealed a nation-wide conspiracy that had the chemical giant knowingly poisoning citizens over many decades.

Teflon was one of DuPont’s products, manufactured in Parkersburg, West Virginia. All the while until 2013, one of the chemicals used was Perfluorooctanoic acid, or PFOA or C-8. It was an unregulated chemical, but since then, many tests have conclusively linked it to many diseases, including multiple forms of cancer and birth deformities. This was all unveiled only after Wilbur persisted with the help of Robert to fight the company, and had a ripple effect that continues to this day.

Although everyone loves a conspiracy theory, it’s hard to swallow too when it turns out to be fact. The film documents how the corporation uses legal loopholes to deflect - and mostly delay - proceedings, knowing that time and money is on their side. Even if Robert and Wilbur want to fight the good fight, DuPont’s strength in a capitalistic society has even the government bending knees.

Ruffalo executes an unlikely hero. His shrugs and muted reactions puzzle in the face of what’s happening, rarely hitting a peak, and yet it also provides an air of unflappability to this stubborn hound. In contrast, Anne Hathaway as his wife feels stagey and unbelievable, and the whole family arc contrived.

This however, is saved by memorable performances - most of them from the town locals. Camp as the victim grows on you, and manages to switch on one’s empathy even at his worst. Harry Deitzler, portrayed by Bill Pullman, is the local attorney who puts his face to the victims, all the while charming the crowd with his unsupressable candour.

As much as we love our happy endings, the film leaves us little. As mounting cases and settlements grow, DuPont has settled over 3,550 PFOA lawsuits to a tune of $671 million, while denying any wrongdoing. That was as recent as 2017. If this doesn’t make you want to walk out of the theatre and throw away your pan, then that pretty much sums up the hope of mega-corporations all around the world - that you prioritise their word over Robert and Wilbur’s.

(A docudrama that keeps it real, you’ll see facts and figures and the full impact of this true story slowly unfold, played out by a talented if subdued cast.) 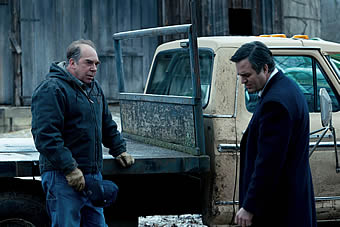 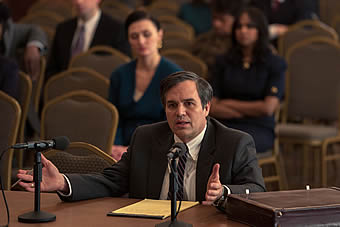 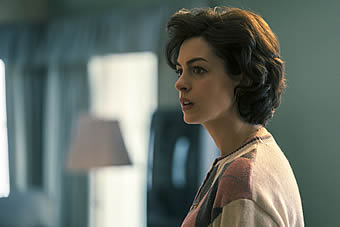 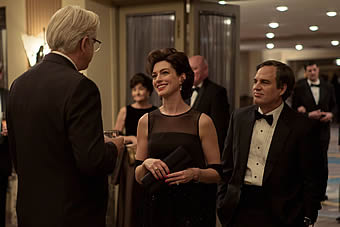 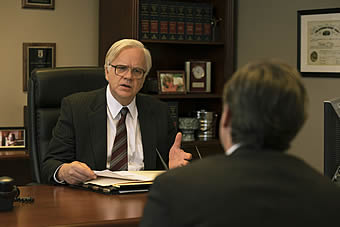