Synopsis: In Promised Land, Matt Damon stars as Steve Butler, a corporate salesman whose journey from farm boy to big-time player takes an unexpected detour when he lands in a small town, where he grapples with a surprising array of both open hearts and closed doors. Gus Van Sant helms the film from an original screenplay written by John Krasinski & Matt Damon, from a story by Dave Eggers. Steve has been dispatched to the rural town of McKinley with his sales partner, Sue Thomason (Academy Award winner Frances McDormand). The town has been hit hard by the economic decline of recent years, and the two consummate sales executives see McKinley’s citizens as likely to accept their company’s offer ? for drilling rights to their properties ? as much-needed relief. What seems like an easy job and a short stay for the duo becomes complicated ? professionally by calls for community-wide consideration of the offer by respected schoolteacher Frank Yates (Academy Award nominee Hal Holbrook) and personally by Steve’s encounter with Alice (Rosemarie DeWitt). When Dustin Noble (John Krasinski), a slick environmental activist, arrives, suddenly the stakes, both personal and professional, rise to the boiling point.

Corporate America gets a small-town wake-up call in Gus Van Sant’s ‘Promised Land’, both a character-driven morality tale as well as a social drama built around the issue of hydraulic fracturing (or ‘fracking’ for short). That subject matter may not sound familiar to the casual viewer – even if it has been addressed before in Josh Fox’s Oscar-nominated documentary ‘Gasland’ – but even a neophyte (which includes us) will be able to appreciate this gently absorbing story of individual and commercial greed.

The character at the heart of this tale is Steve Butler (Matt Damon), a corporate salesman for a $9-billion energy business known simply as Global Crosspower Solutions. Steve’s job is to go to small agricultural communities which sit atop gas-rich shale and convince these farmers to sell Global their natural gas drilling rights. He is so good at what he does not only because he is glib, but because he genuinely believes in it, having personally experienced as an Iowa farm boy how vulnerable the economies and livelihoods of small towns are.

Coming off a lunch meeting where he learns of his impending promotion, Steve assumes that his latest assignment at a declining Pennsylvania town will be an easy two- or three-days sales pitch – after all, from his perspective, why would these local landowners refuse a lifeline? Unfortunately, an old-timer, Frank Yates (Hal Holbrook), proves to be more learned than he and his co-worker Sue (Frances McDormand) could have imagined, urging caution at a townhall meeting by warning about what ‘fracking’ could potentially do to land, water and lifestock.

Instead of a quick resolution, Steve suddenly finds himself faced with a battle for the hearts and minds of these farmers before a community-wide referendum due three weeks after. What’s more, things are further complicated when an environmental activist named Dustin Noble (John Krasinski) turns up unexpectedly one day with pictures claiming the environmental impact of ‘fracking’ – and besides countering Steve’s PR push with fliers and posters of dead cattle, Dustin seems to share Steve’s interest in the pretty local schoolteacher Alice (Rosemarie DeWitt).

Do things get ugly? Hardly. To be sure, tensions do rise and harsh words do get spoken, but by and large, Damon and Kraskinski (who co-wrote the script from a story by Dave Eggers) keeps everything pretty amiable. Instead of pulling any punches – literally or figuratively – both Steve and Dustin compete to see who has the better charm offensive in relating to the local townsfolk. What is genuinely surprising to watch is how Steve doesn’t seem to have a ready playbook to deal with the types of Dustin, but that loophole is nicely resolved in the context of a last-minute twist that you’re not likely to see coming.

Rather than Hollywood-style theatrics, both the script as well as Gus Van Sant’s direction is deliberately low-key, paying quiet and careful attention to the rural small-town community in which it is set. Ever the watchful director, Van Sant evokes the gentle charm of the place – the tranquillity, the wide open spaces, the mom-and-pop shops, and that one bar in the centre of town where the community congregates. There is a rich sense of place in Linus Sandgren’s beautiful cinematography, and what emerges is an affecting picture of a part of America with an understated beauty in its simplicity.

Despite that, it is an America that is at risk of becoming economically irrelevant and, as we gradually learn, of being exploited by energy companies like the one portrayed here. ‘Think about your bills, your children and your future’, exhorts Steve, who to his benefit seems blissfully unaware of the potentially irreversible dangers ‘fracking’ will ultimately do to the community. The environment isn’t the only thing at stake here; so too is the social compact, as avarice overtakes certain individuals, evidenced by the impulse of one of the locals to buy a flashy sports car with his sudden infusion of cash.

At what cost is the question Steve increasingly finds himself faced with, his rosy illusions of the good his company will bring to the town slowly fading away. In place of the more formulaic corporate villain, we get an earnest but ignorant character that is well played by the appealing Damon. Nuanced and sensitive, it is a performance that qualifies as one of his best. One can understand why this was a passion project for the environmental activist, who was slated to make his directorial debut with this movie before other plans made him turn it over to his ‘Good Will Hunting’ director Van Sant.

And in Van Sant’s hands, this isn’t the kind of corporate thriller a la ‘Erin Brockovich’ but a restrained and ruminative look at one of the hot-button ecological issues in America at the moment. It isn’t advocacy per se, even though it is quite clear where its sympathies lie, but strives to contextualise the very real dilemma facing communities like the one depicted here. Take that easy money for assurance over one’s livelihood or bite the bullet to preserve a way of life that may be forever destroyed? It’s a tough choice to make, but one that should prove enough cause to put the brakes on the relentless pursuit of advancement to ponder about its costs.

(Surprisingly low-key and thoughtful, this thematically relevant social drama is quietly absorbing and poignant in its own unassuming way) 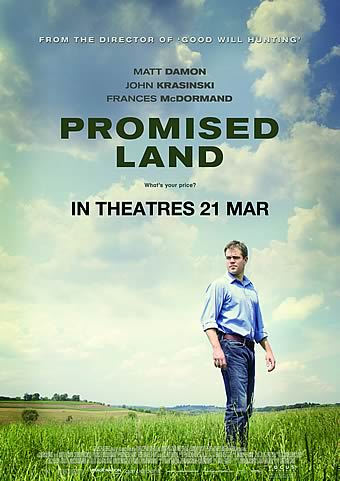 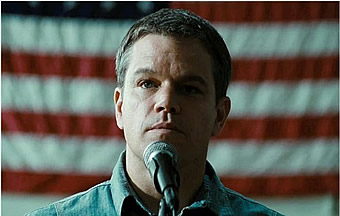 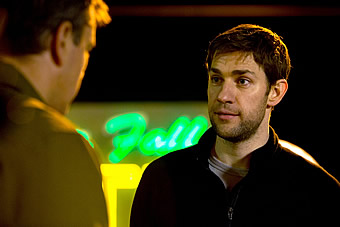 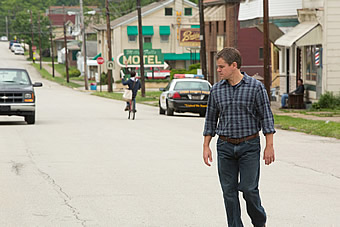 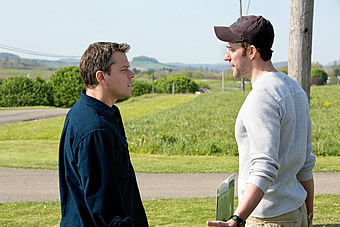 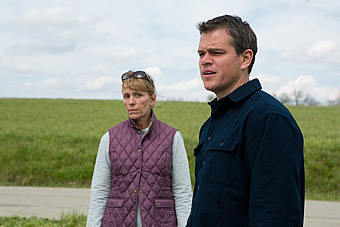 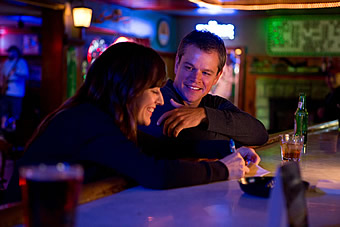