Synopsis: Metro Goldwyn Mayer Pictures (MGM) and Warner Bros. Pictures’ Creed II stars Michael B. Jordan and Sylvester Stallone, reprising their roles of Adonis Creed and Rocky Balboa, respectively. Creed II is the continuation of the Rocky saga and sequel to the 2015 critically acclaimed and crowd-pleasing 2015 hit Creed, which took in more than $170 million at the worldwide box office. Ryan Coogler (Black Panther), who directed the first film, returns to the franchise as an executive producer on Creed II. The new film is directed by Steven Caple Jr., who helmed the critically hailed 2016 drama The Land. Life has become a balancing act for Adonis Creed. Between personal obligations and training for his next big fight, he is up against the challenge of his life. Facing an opponent with ties to his family’s past only intensifies his impending battle in the ring. Rocky Balboa is there by his side through it all and, together, Rocky and Adonis will confront their shared legacy, question what’s worth fighting for, and discover that nothing’s more important than family. Creed II is about going back to basics to rediscover what made you a champion in the first place, and remembering that, no matter where you go, you can’t escape your history.

The first Creed which is sort of a spin-off and continuation of Sylvester Stallone’s Rocky franchise marks the best among the many reboots, remakes and spinoffs from Hollywood. It has a heartfelt story, characters you truly care for and of course, exhilarating boxing action.

Newcomer Steven Caple Jr replaces original director Ryan Coogler as the latter moves on to bigger things liked helming Marvel’s Black Pantherfor example but returning in the capacity of an executive producer while the rest of the cast including Stallone, Michael B. Jordan, Tessa Thompson and Phylicia Rashad returns for the sequel.

In this sequel scripted by Stallone and Juel Taylor, Dolph Lundgren reprises his role as Ivan Drago, the powerful 261 pound Russian boxer who killed Adonis’ dad and lost out to Rocky in Rocky IV. After losing the match, he is dejected, shamed in his homeland and his wife (Brigitte Nielsen in a cameo) walked out on him. His only chance of reclaiming all the glory depends on his son, Viktor (newcomer Florian Munteanu) who is being brought to the States by a boxing promoter to challenge Adonis Creed, currently the World Heavyweight champion.

Only this time, Rocky opted out of training Adonis for the match seeing that this could be a repeat of history and knowing that Viktor is too strong an opponent for Adonis. It doesn’t take a fortune teller to know that Adonis is going to lose spectacularly in the match and Rocky to be back for Adonis in the rematch set in Russia.

Honestly, in terms of storytelling, Creed II sprang no surprises but all predictability. Despite all that, everything works perfectly.There are enough character developments as we see Adonis evolved from a confident fighter to someone who lost his mojo. At the same time, he has become a dad to a newborn who might be suffering from hereditary hearing loss. Adonis is fighting a battle both on the ring and outside and Michael B. Jordan’s portrayal of the character is nuanced, complex and emotionally touching.

As the franchise progresses, you seem to see less of Stallone’s Rocky Balbao. It’s no doubt an organic decision but you can’t deny Rocky will always be part of this cinematic franchise. In Creed II, Balbao continues to grief for his loss wife and he yearns to see his estranged son (Milo Ventimiglia) and grandson. He might be old, weak and constantly complaining about a broken lamppost but you can always count on Rocky Balbao if you want to make a comeback on the ring.

What could be a lacklustre sequel ends up being yet another gripping instalment as Steven Caple Jr balances things out with enough emotion and action though the father-and-son relationship between Ivan and Viktor lacks substantial screentime to flesh things out. Lundgren who is known for his grunting not acting actually puts in quite a knockout presence as the suffering elder Drago. Too bad there’s also too little of Rocky and Ivan except for a brief restaurant meetup in the beginning.

Creed II could have easily be a disaster if not for the excellent directing and performances. Clichéd it might be, the boxing sequences still deliver all the impactful PG13 punches. The sequel rightfully continues its traditional themes of manhood and fatherhood. It’s a genuinely entertaining and sentimental sequel for fans who grown up on the original franchise and the rest who loved the first Creed.

(A rousing and worthy follow-up to Creed) 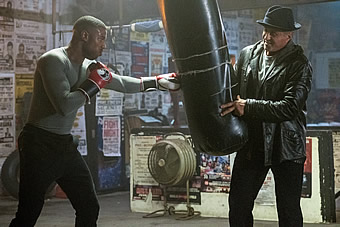 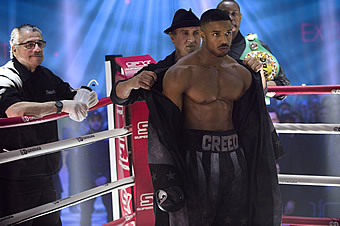 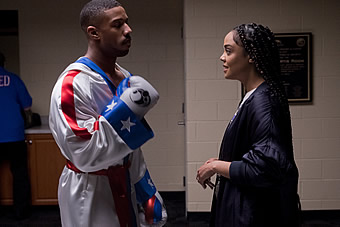 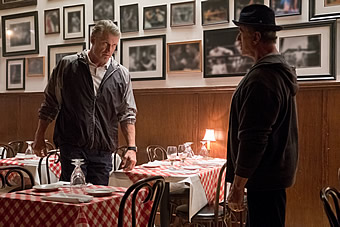 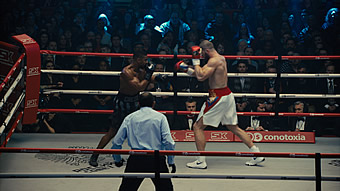