Synopsis: From acclaimed director Antoine Fuqua (Training Day) and starring Academy Award nominated Jake Gyllenhaal (Nightcrawler, Brokeback Mountain) comes a story of tragedy, loss and the painful road to redemption... Billy "The Great" Hope (Gyllenhaal) is the reigning Junior Middleweight Champion whose unorthodox stance, the so-called "Southpaw," consists of an ineloquent, though brutal, display of offensive fighting...one fueled by his own feelings of inadequacy and a desperate need for love, money and fame. With a beautiful family, home and financial security, Billy is on top both in and out of the ring until a tragic accident leaves his wife dead and sends him into a downward spiral. His days now an endless haze of alcohol and prescription drugs, his daughter taken by Child Services and his home repossessed by the bank, Billy's fate is all but sealed until a washed up former boxer named Tick agrees to take the bereaved pugilist under his wing so long as he agrees to his strict ethos. Relentless and utterly committed to a fighter that thinks as much as he throws punches, Tick rebuilds Billy into a new man: one that is agile, fearsome and uncompromising in the ring while thoughtful, loving and disciplined outside of it. Now, as he works to regain custody of his daughter and mounts a professional comeback, Billy must face his demons head-on as he learns that, sometimes, your greatest opponent can be yourself.

At the Weinstein Company’s May presentation in Cannes earlier, Harvey Weinsten unabashedly predicted that Jake Gyllenhaal would get a Best Actor Oscar nomination for his performance in Southpaw, which would serve as sweet “revenge” for his perceived snub this year. While the words of one who can pull the strings at such award presentations cannot be trusted as a gauge of an actor’s performance, it is clear from Gyllenhaal’s performance and amazing physical transformation that Gyllenhaal does deserve that Oscar nomination.

The idea of a master awards strategist like Weinstein speaks of a system that hands out acting awards for reasons that may not be merit-based and the concept of “revenge” are ironic for Southpaw. After all, that the movie puts the protagonist on the path for a fight hyped up by a money-minded boxing empire mogul (portrayed by Curtis “50 cent” Jackson) to be a revenge and redemption ‘deathmatch’ between Billy ‘the Great’ Hope (portrayed by Gyllenhaal) and Miguel Escobar( portrayed by Miguel Gomez), the man who caused his downward spiral and endlessly taunts him.

The story of redemption in Southpaw is, at best, formulaic. We see how the life of Billy “the Great” Hope, the defending champion of the light heavyweight boxing title, falls apart after his wife (portrayed by Rachel McAdams who had way too little screen time) dies tragically, the victim of a stray bullet likely meant for Billy. Reeling from this unexpected tragedy, Billy plunges into depression, taking drugs and at one point contemplates taking the life of the one who caused his wife’s death. In his own words, he basically becomes “a terrible mess” and is incapable of looking after himself, his finances and his daughter (because, mirroring couples in real-life, his wife basically takes care of all of these things). He loses his house and his daughter who is placed in the care of family services. And like all predictable redemption stories but not real life, he bounces back thanks to support from his new friend and cleans up his act, regaining his life. The new friend in this case, is his new trainer, Tick Willis (portrayed by Forest Whitaker), who also plays life coach to Billy (which really isn’t that tough when Billy is completely clueless about real life and being sensible).

The movie was originally scripted with the intent of having Eminem take on the role of Billy Hope but Gyllenhaal shows that he is more than capable of filling the shoes that Eminem was too busy to wear. Never have you seen Gyllenhaal look rougher or tougher with his swollen face, perpetually bloodied eye and closely cropped hair. Even his voice sounds different and more gruff with his rumbling, semi-coherent incomplete sentences that are peppered with expletives. Gyllenhaal is such a natural as Billy Hope that he leaves you convinced that there was no transformation and that he is naturally like this, reflecting the amount of effort that went into achieving such a performance. His performance is the highlight of this movie.

That’s not to say that the other actors were terrible. It’s simply that the script and director Antoine Fuqua (whose credits include Training Days andOlympus Has Fallen) doesn’t flesh out the other characters sufficiently and give the actors enough room to flex their acting chops. I would have like to see Billy’s relationship with his daughter, Leila, (portrayed by Oona Laurence) explored more deeply and in a more layered manner rather than just being used crudely as a plot device to manipulate the audience in having empathy for Billy. Laurence was convincing as a precocious young girl grieving for the loss of her mother but who knows she needs to help fill her mother’s role in taking care of her father. Unfortunately, the moments where she becomes a little girl and lashes out at her father comes across as contrived rather that genuine. The banters between Billy and Tick are also great moments in the movie. Whitaker, as a gruff fatherly figure, makes a great foil against Gyllenhaal’s Billy and the exchange of lines will inevitably bring at least a smile, if not a chuckle.

Acting aside, the boxing scenes are cut dynamically as they switch between Billy and his opponent’s points of view, wide shots and tighter shots resembling the view from a ringside seat, drawing the audience into a heart-pumping, adrenaline-filled spectacle. The sets are also convincingly gritty or opulent (without being gaudy) as the production team make use of suitable locations to capture both the squalid and lavish extremes of Billy’s lifestyle, contrasting between the pathetic one-bedder that he rents at his lowest moment and the sprawling mansion and grounds that he owns at the height of his career. The music is also fittingly and ably produced by Eminem, making you understand why he was the original choice for the role of Billy Hope. Thankfully, he turned that down and chose to focus on music, a role he is probably better suited for.

(If you are a boxing fan and don’t mind movie clichés, this is the show for you. Just don’t bring the kids along. ) 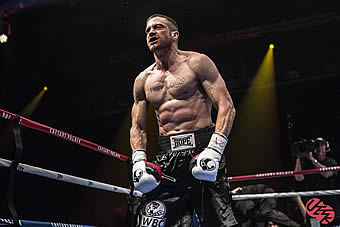 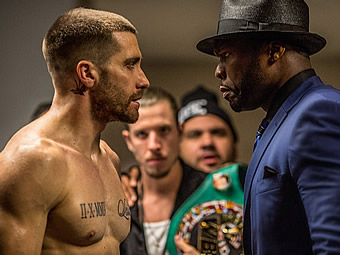