Synopsis: "Cloud Atlas" explores how the actions and consequences of individual lives impact one another throughout the past, the present and the future. Action, mystery and romance weave dramatically through the story as one soul is shaped from a killer into a hero and a single act of kindness ripples across centuries to inspire a revolution in the distant future.

Cloud Atlas (both the movie and the book) is a marketing wonder. A ghastly behemoth of a story, it’s got everything—romance, comedy, thriller, mystery, action, introspection; set in exotic lands, it cuts across period eras and futuristic worlds.

For the first 45-minutes of the movie, Cloud Atlas is really engaging. It makes you feel like something is truly going on. Jargon after jargon and science-fiction-speak later, we start to get a sense of an elaborate and fantastical story that is both magically arcane and strikingly ambitious in its vision to leap across (diegetic and narrative) time and space.

Like the 2009 Terry Gilliam fantasy film, The Imaginarium of Doctor Parnassus, Cloud Atlas is pretty, oh-so-pretty. The effort put into the mise-en-scènealone is well worth the ticket price. At times, the lush, vivid scenes almost resemble the stylised portraits of director Tarsem Singh, and the Amazonian and Black metal-inspired make-up on the Konas (the cannibal-looking villains in the movie) is just right to imbue them with a sense of primitive evil and consequent dread in the viewer. The Big Brother-reminiscent Papa Song scene is another highlight of the film, though much less can be said about the originality of the Neo Seoul setting, which is not all that different from the neon-lit dystopia in Blade Runner (1982).

Watching Cloud Atlas, you won’t be bored for sure, but sometimes, less is really best. When you have three different directors Andy Wachowski, Lana Wachowski and Tom Tykwer make one film, with highly different styles to boot, the contrasts in rhythm can be so abrasive, you could be seasick by the end of the movie. It’s not always overwhelming in a satisfying way, and if I ever had to come up with a list of movies to illustrate the idea of “too many cooks spoil the broth,” Cloud Atlas will be right on top.

Cloud Atlaswill polarise viewers, and whether you’ll enjoy the film or not depends on what kind of movie-goer you are. If you relish untangling loose ends of an intricate plot, with no assurance that it will lead anywhere, then Cloud Atlas will be a fun puzzle. If you’re just headed to the movies for a couple of fantastic visual and sensory blasts, then strangely enough, you’ll totally dig Cloud Atlas too, because the film specialises in fireworks. I fall in the uncanny category of neither, and so Cloud Atlas is a meaningless film to me. Too much confetti leaves little room for depth. A film does not become epic on a few stray aphorisms alone. We’re all “connected.” Our actions “ripple through eternity.” That supposedly makes us larger than life. Yawn. The science fiction/fantasy genre in films is taking on very decidedly different, darker paths in recent decades, and Cloud Atlas seems a little out of place in 2013.

To add to the jarring cacophony of a highly uneven filmic rhythm, there are also hits and misses with casting. It’s refreshing to see Tom Hanks in some charmingly rogue roles, but he and Halle Berry make an altogether unconvincing onscreen pair. Moreover, because of the mammoth task of narrative continuity (or rather, discontinuity) that the directors faced in bringing the story to life and other plot technicalities, it was deemed a deliberate necessity that many of the characters take on multiple roles to play their “counterparts” across different eras and races, creating a heavy reliance on make-up and the use of prosthetics. But seriously, are we to really see the Sonmi-451 of another era in Victorian dress and blonde curls to boot? Her Asian features belie the caky foundation and ridiculous western doll get-up the costume designers have put her in. Or that the handsomely Caucasian Jim Sturgess, with the help of some duct tape on his face, could pass of as an Asian Hae-Joo Chang? The idea of characters whose actions and thoughts spill over into the psyche of those in the generations before and after is a richly complex one which works very well in books and in the imaginations of readers, but is one that is also prone to very distasteful depictions on the big screen. An exasperating irony—where artifice is so pronounced for the one conflicting aim to make the audience suspend disbelief, Cloud Atlas will make a nice thesis for why filmic adaptations of the novel should and should not occur.

In the vein of the excessive aphorisms David Mitchell is so fond of, I have my own to offer: ambition alone should not always be rewarded on the basis of its promises. They say that a re-watch of Cloud Atlas is mandatory, and I will resolve to give this film a second chance. For the faith I have in the Wachowski brand name, a more thorough investigation is demanded of how a film of such scale and spectacle could go so wrong.

(Over-inflated and with as many misses as it has hits, Cloud Atlas leaves one with the strange exasperation that it covers everything and yet nothing) 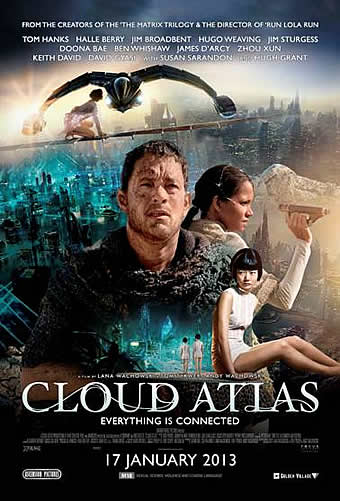 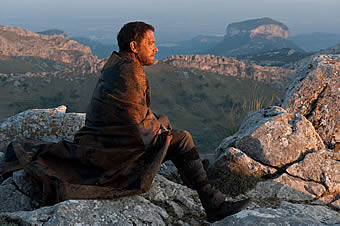 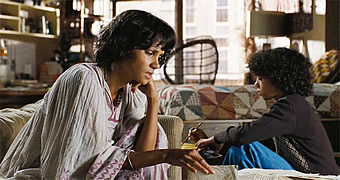 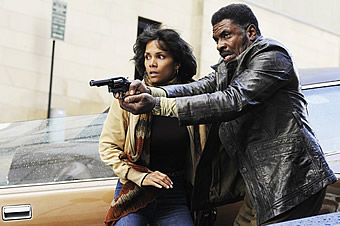 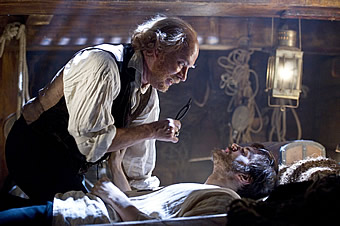 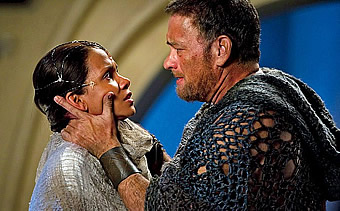 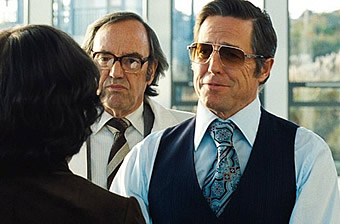