Synopsis: Set in the puppet state of Manchukuo in the 1930s, Cliff Walkers follows four Communist party special agents who return to China after receiving training in the Soviet Union. Together, they embark on a secret mission code-named "Utrennya." After being sold out by a traitor, the team find themselves surrounded by threats on all sides from the moment they parachute into the mission. Will the agents break the impasse and complete their mission? On the snowy grounds of Manchukuo, the team will be tested to their limit.

A Zhang Yimou film is always an event.

As one of this generation’s most iconic Asian directors, Zhang has been able to transition from more independent efforts to commercial titles with great success, receiving critical acclaim for his earlier works Red Sorghum and Raise the Red Lantern and popular appeal with Hero, House of Flying Daggers and Curse of the Golden Flower.

His running theme of oppression and repression may have something to do with his allure. There’s nothing quite like fighting for the underdog and downtrodden, and his stories really dig deep into situations that are horrifyingly human.

Zhang lights up 2021 with the espionage thriller Cliffwalkers, setting us in the early 1900s to follow four agents as they attempt to rescue a fugitive from the Japanese. Dubbed codename “Utrennya” - Russian for “dawn” - the Soviet-trained spies parachute into Japanese-held Manchukuo to extricate this prisoner as the rare witness that can report the atrocities committed in the compound during the Second Sino-Japanese War.

The director quickly establishes the brutality with an early scene of execution from the puppet government, where one prisoner caves and reports on the operation. This quickly complicates the operation, as the two pairs find themselves in murky grounds with their supposed comrades they meet on the ground.

The chess play here is intriguing if uneven. Because the agents are made up of two couples who split up early upon landing in Manchukuo, it creates an invisible emotional bond between the two sets, working beautifully in sequences like the one aboard a train when one group has an important tip to pass on to the other, but less so in scenes like the ones where they more manipulatively milk the audience for sympathy.

The shuttling between the two groups do wear out halfway, but thankfully the cast performances and introduction of a new spy (Yu Hewei) lifts the repetitive hide-and-seek. With one group baited and the other on the run, the mousehunt here is bridged by this new member, making for some of the movie’s more tense moments.

Because the film is draped in the snowy season of Harbin in Manchukuo, our characters are mostly dressed in black, which throws visual aids for character identification out of the window. What we get in return, are silhouettes instead, often marked by a fedora or a scarf, but otherwise, one could get confused as to who’s who in some scenes. This might be a double whammy for some of the viewers, especially when the covert spy-upon-spy layering gets mixed in in the middle. But gosh, does it make for some lush visuals, in a way only Zhang can, without resorting to overt techniques.

Zhang Yi and Qin Hailu stand out the best, for their motivation and sacrifice, and both exhibit a presence that bears the mark of a proud Chinese on a mission for the country. A missed opportunity are Zhu Yawen and Zhang’s newest ingenue Liu Haocun. As spies chosen for their highly-tuned specialisations, both don’t get much of a chance to showcase their “superpowers” in the operative.

Cliffwalkers will likely not become one of Zhang’s classics, but the skill at kneading tension out of every minute, supported by his poetic visuals, moody soundtrack and thrilling action sequences still make this a worthy watch.

(Beautiful no doubt, for its cinematography and homage to sacrifice, the film would be top fare if only the characters had a richer story to give gravitas to their contributions) 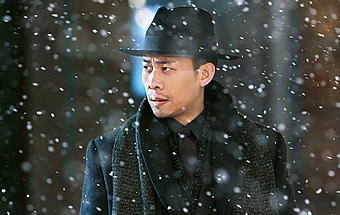 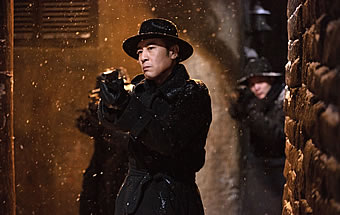 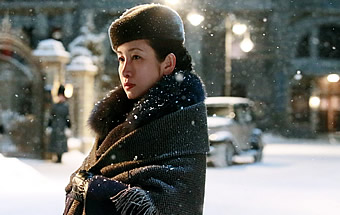 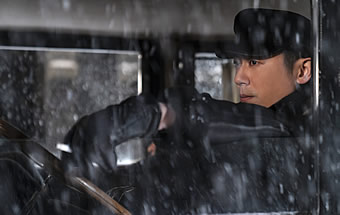