Synopsis: Adapted from the famous Chinese novel "Tracks in the Snowy Forest" set during the civil war era of 1946, when ruthless bandits occupied Northeastern China and threatened the lives of civilians there. The most powerful bandit of all was Mountain Eagle (Tony LEUNG Ka-fai), with an impenetrable fortress up in Tiger Mountain and armed with strong artillery. Unit 203 of the Liberation Army, led by SHAO (LIN Gengxin), was crossing the Northeastern region when they encountered Eagle's men raiding a village. SHAO decided to stay and fight against Eagle. Headquarters sent a skilled investigator YANG (ZHANG Hanyu), who infiltrated Eagle's gang as an undercover. The duo was soon engaged in a battle of wits with the cold-blooded Eagle, deep inside the snowy forest.

Like John Woo’s ‘The Crossing’, Tsui Hark’s ‘The Taking of Tiger Mountain’ is set during the Civil War in the late 1940s; but instead of depicting the struggle between the People’s Liberation Army and the Nationalists, Tsui and his four other screenwriters pit a certain Unit 203 of the PLA against a band of ruthless bandits whose stronghold is located high up in the snowy Tiger Mountain. Key to the PLA’s strategy was a certain Yang Zirong, who infiltrated the bandits’ stronghold and provided vital information which enabled his unit to triumph guerrilla-style against their more numerous and more well-equipped enemies.

No matter that he has been made to look like Hugh Jackman’s Wolverine, Zhang Hanyu commands every single moment he is on screen as Zirong with a compelling performance of nuance and gravitas. While Lin Gengxin plays the righteous leader of Unit 203 Shao Jianbo with conviction and Tony Leung Kar-Fai is suitably hammy as the bandits’ leader Lord Hawk, it is Zhang who truly owns the entire film, and it is no coincidence that his character is the most fully formed one of a movie which sometimes struggles to find the right balance of tone between fiction and history.

That is perhaps inevitable given the slightly uneasy fit between material and filmmaker. Much as Tsui Hark is no stranger to epics, he isn’t exactly the sort of filmmaker who tells a straightforward historical tale – even his arguably most popular ‘Once Upon A Time in China’ trilogy about the legendary folk hero Wong Fei Hung was embellished with his penchant for the theatrical. And so it is with his latest, which depicts the heroism of the 203 Unit with the sort of self-serious posture which historical accounts typically adopt but the loutishness of the bandits with the sort of eccentricity that made his fantasy epics such as ‘The Legend of Zu’ and the more recent ‘Detective Dee’ enjoyable flights of fancy.

Amidst the tonal shifts between the PLA soldiers at the foot of the mountain and the Mountain Eagle bandits at the top of it, Zhang more than holds his own as Tsui’s protagonist, an enigmatic stranger who joins the 203 with the medical officer Bai Ru (Tong Liya) and is at first met with doubt and scepticism by Jianbo. It is Zirong who comes up with the plan for him to go undercover by bringing to Lord Hawk a much coveted map with the locations of treasure left by the fleeing Japanese at the end of the Sino-Japanese war, and also to his quick-witted credit that he manages to win the trust of Lord Hawk to be sworn in as one of the league of brothers.

It is a shaky one though – not only is he tested from within by his Second Brother (Yu Xing) who stages a mock invasion by the PLA and Lord Hawk’s woman Qinglian (Yu Nan) who is under orders to try to seduce him, Zirong’s identity is also threatened when a spy planted by the bandits within the villagers escapes after a failed attack by the former on the PLA soldiers protecting the latter. Such moments of genuine tension are perfectly positioned to keep the narrative taut, which largely unfolds as a buildup to the storming of the bandits’ fortress on the eve of New Year’s Eve on the occasion of Lord Hawk’s birthday.

Quite unlike the typical Tsui Hark movie therefore, this one has clearly fewer setpieces; indeed, we count just three – the first encounter between the PLA 203 Unit and the bandits at an abandoned warehouse; the failed attack led by Fifth and Sixth Brother on the village protected by the same unit; and finally the incursion of Lord Hawk’s bastion to annihilate his reign of tyranny once and for all. Nonetheless, apart from some gimmicky slo-mo shots meant to justify the price of 3D for those who paid to see it with the additional dimension (take it from us, it’s not worth the extra dollars), these setpieces unfold with the scale and spectacle that one would expect from Tsui, the latter two in particular pop with thrill and imagination using a combination of old-school stunt staging and some nifty modern day CG effects.

Not quite so successful is Tsui’s attempt to capture the poignancy of the historical event – besides Zirong, the rest of the PLA heroes are portrayed with as much dimension as a propaganda film commissioned by the Chinese government itself, especially when their enemies are cast as their complete opposites. A sub-plot based upon the reunion of mother and son – the latter a young boy named Knotti the 203 Unit rescues and the former who turns out to be Qinglian – is too manipulative to be persuasive, even more so when it is used to bookend the narrative with a prologue and a coda set in 2015 which is meant as a nationalistic message to the younger generation in China to remember their history and its heroes on whose legacies their present lives are built on.

Notwithstanding Tsui’s autobiographical intent (he had apparently been inspired to make this film when he first saw the 1960s Peking Opera of the same name in New York’s Chinatown), the nexus that Tsui draws with present day is stretched most tenuously with an utterly unnecessary alternate ending that sees the Wolverine-lookalike Zirong turn into the very superhero by trying to rescue Qinglian from a twin-propeller plane that Lord Hawk is trying to take off in from a private airstrip in the mountain. As far as analogies go, this is a perfect example of the Chinese saying ‘draw snake add feet’ – so much so that its inclusion almost takes way what legitimacy Tsui had tried to build into the story in the first place.

As probably his first historical epic, ‘The Taking of Tiger Mountain’ sees Tsui Hark struggle to find the right balance between reality and myth. Tsui’s best films have been those which have allowed him to express his own inner eccentricities, but which prove out of place in a straightforward recount like this. The narrative flaws are all too obvious at the start and at the end, but thankfully, as far as the titular tale is concerned, Tsui has fashioned a gripping story of espionage that does history justice.

(A flawed, but nonetheless thrilling, historical epic that rests on some good old gripping storytelling and a strong lead performance by Zhang Hanyu) 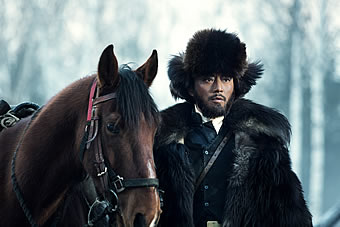 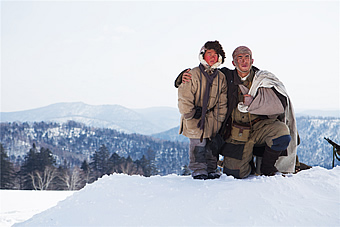 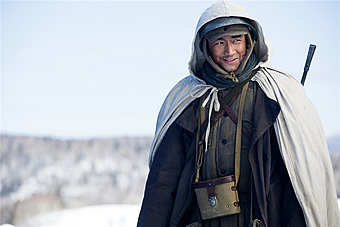