Synopsis: Screenwriter Rowan Joffe's debut feature BRIGHTON ROCK embraces the classic elements of film noir and the British gangster film to tell the story of Pinkie, a desperate youth who is hell bent on clawing his way up through the ranks of organized crime.

When a young and very innocent waitress, Rose, stumbles on evidence linking him to a revenge killing, he sets out to seduce her to secure her silence.  The film stars up-and-coming British actors Sam Riley (Control, On the Road) and Andrea Riseborough (who has 3 films at this year's Toronto Film Festival, BRIGHTON ROCK, MADE IN DAGENHAM and NEVER LET ME GO) as the young couple.  Veterans Helen Mirren and John Hurt co-star as two friends who set out to save Rose from Pinkie's deviant designs. BRIGHTON ROCK is based on the iconic 1939 Graham Greene novel of innocence and evil but the action has been updated to 1964 Britain, the year the Mods and the Rockers were rioting across the South Coast. The 60s were also the era of the great British gangster, the kind of working class hero, the frightened and ambitious Pinkie longs to be.

The year is 1964, Brighton Rock is the place to be. Mobster abound, no one dared to mess around in this part of town. It’s a crime noir of the seedy, brutal world of the British underground. Adapted from Graham Greene's source novel, and lagging 60-odd years behind the first film version, co-written by the author himself and starring Richard Attenborough, William Hartnell and Hermione Baddeley, this new take is the directorial debut of writer, Rowan Joffe. The result is one of those mind-bending, flabbergasting disasters that come along far too rarely. Still, both the set and cinematography, beautifully capture the whiff of seediness that mingles with the salty spray of Brighton air, the reek of the town’s underbelly that seeps into its tea shops and newspaper headlines. Sam Riley plays Pinkie, who murders a rival, Fred, after which he ruthlessly pursues a potential witness, a young waitress called Rose (Andrea Riseborough) in a bid to shut her up. Pinkie offers up a sham of a romantic relationship, which she clings to as he propels her towards her doom.

Now the problem with the film, may i start with the negativity, is the fact that the main lead is one ruthless bastard who no one would root for. I was waiting for the becon of sunshine to strike through in a form of redemption or a glimmer of a reason why he was acting like a tool. A spoiler ahead, he doesn’t. Even tries to push the female lead to its doom. So who do we root for in this film? Mostly the secondary performers. But by this time, no character build up of emotion was attached by anyone or cared for. Now I'm pretty sure some would have asked, what about the rest of the development taking place by the others? Well, the arc did very well went over several key people which was rather sudden and did finally intrigue me. The most fascinating would have been Helen Mirren’s character who bridge both party in relation to a few points and plus even have connections to the main mobster. Why didn’t they just make a movie about her perspective instead. Alas, even with such continuity, there are far too few to maintain the pace and with the addition of perspective of several characters, the aim of the film went berserk and was in a whirlwind of character mash up. If it wasn’t for the setting, this can very well be a stage play.

Director Rowen Joffe is no stranger to the silver screen but more active behind it. Being a directorial debut feature film creator, his screenplay of such classics like The American and 28 Weeks Later has left me with a bad aftertaste. But i may be too harsh on him as other than the story that impacted tremendously, the setting was gorgeously beautiful. Set by the dreary carnival by the sea, the wild seas juxtaposing against the facade of happy playfulness of the carnival does directly reflect on the atmosphere and build up of the feel of the film. Acting all around was tremendously wonderfully acted and well played. To think of it, this film would have been much better accepted if he were to just concentrate on the screenplay or just let someone else do the writing. Clearly this must be a work of someone who can’t multitask.

As heard from most, this was most certainly a near miss of a great adaptation from the original. It can most certainly cater to a familiar ground but one can only categorise them as a mere character study. A shame really. 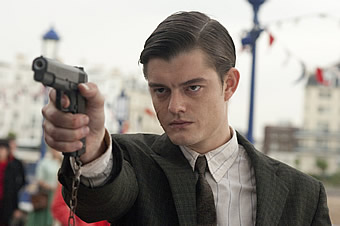 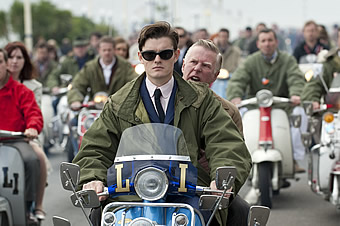 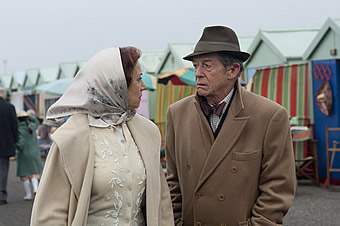 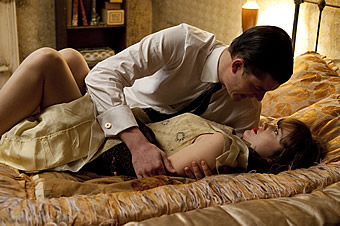 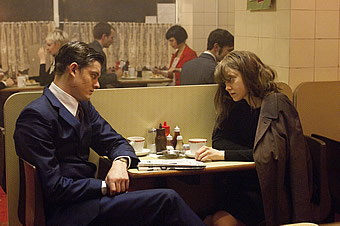 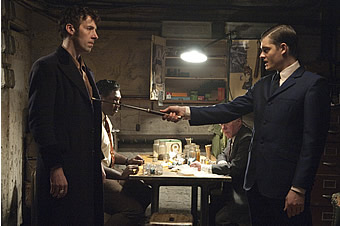