Synopsis: In 2030, the AI suddenly starts to select citizens for termination. The termination will commence in 24 hours. A genius researcher Kiryu develops AI only to save his wife with intractable disease. However, the AI doesn’t get authorized by the government, and Kiryu quits his research after his wife's death. 7 years later, Kiryu's AI was developed further by his brother in law, and has become an integral part of people's life as the infrastructure. One day, the AI suddenly starts to run out of control, which causes the worst-ever catastrophe, and Kiryu gets falsely accused as the terrorist. Can he prove his innocence? The desperate escape begins...

Like its tech industry, Japanese cinema seems to be in the doldrums for the past decade or so. With the occasional rehashed horror, live-action anime adaptations and of course anime, there’s not so much of a breakthrough in terms of genre offering, storytelling and production value. On the contrary, their immediate rival- the Koreans have been improving by leap and bounds over the years. Anyone heard of Parasite?

AI Amok is the latest original sci-fi thriller from director and writer Yu Irie (Confession of Murder). No doubt it features an all-too familiar storyline but does it live up to its name of highlighting its theme of artificial intelligence or is it yet another disappointing effort from Nippon cinema?

Set a decade from now, a revolutionary artificial intelligence system dubbed NOZOMI is created by Dr. Kosuke Kiryu (Takao Osawa) initially to cure his cancer-stricken wife (Takako Matsu in a cameo). As time goes, the system advances to the stage of assisting to run the lives of people be it their health status, bank accounts, home appliances, transport and many more. Because Kosuke forgot to watch the never-ending Terminator franchise, his AI system somehow turned haywire one day and threaten to eliminate every citizen who is deemed a liability in society including Kosuke’s only daughter, Kokoro (Sora Tamaki).

Instead of the authorities turning to him for help, Kosuke becomes a wanted fugitive on the run. Pursued by an obligatory good-looking Commissioner, Makoto (Takanori Iwata) and a righteous old-school detective, Kyoichi (veteran Tomokazu Miura), Kosuke must fight against time to save both his country and his beloved daughter.

For a movie that talked about state-of-the-art technology and a terrifying concept, there’s little to showcase how Japan has advanced given the existence of NOZOMI. Much of the budget I guessed is given to the server room where the AI system resides. It’s a commendable effort on the production designer for giving it such a cool, futuristic look and aura although that can’t be apply through the rest of the movie. A handful of scenes which featured a few fanciful nanobots are impressive for a while.

Very much of the happenings took place indoors with most of the cast striking cool poses, staring at computer screens and talk. By talk, it’s full of unnecessary exposition, painfully boring information being conveyed and lots and lots of running by Takao Osawa. Even Harrison Ford didn’t cover that much distance in The Fugitive although both suffer the same fate of jumping in icy cold water.

To be fair, Yu Irie does make good use of the limited budget and technology on hand to hold our attention and making it a race against time thriller. There is primarily a battle of wits involved. One that has Dr. Kiryu trying to outwit Makoto and his own 100EYES surveillance system where every dashcam, CCTV around the country is deployed to track down the whereabouts of Kiryu. Thus, instead of Alex Proyas’ I, Robot which served a generous amount of CGI and wham bang action, AI Amok is more concerned in driving across one message- Is technology merciless and evil or is it mankind in the end?

There is however something odd about AI Amok. Take away the theme of artificial intelligence and AI Amok functions just as well as a mystery action thriller. It’s definitely not in the league of Steven Spielberg’s epic Artificial Intelligence or Alex Garland’s riveting Ex Machina. It’s clearly a modestly-budgeted movie that ran out of new ideas by the second half. Glaringly, it also poses questions about the human race’s heavy reliance on artificial intelligence but never really get to answer it in the end. 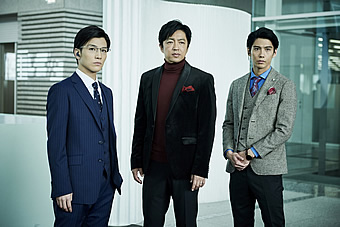 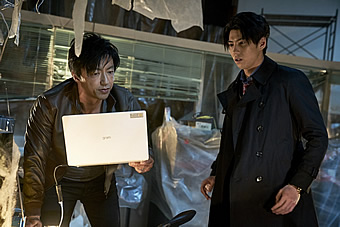 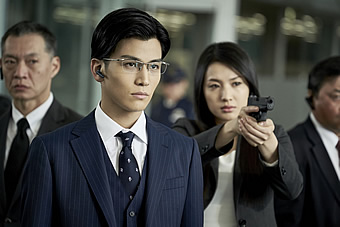 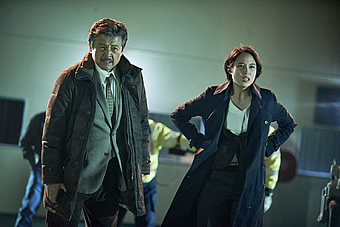 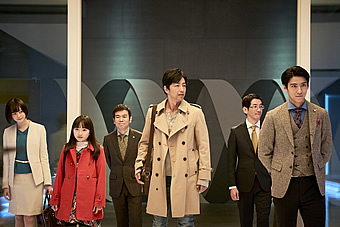 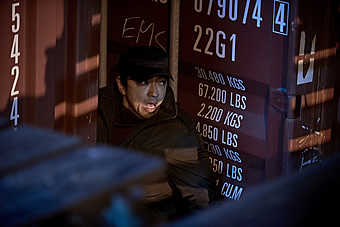