Synopsis: This story begins with a leg about to be amputated. The leg’s owner is Zi-Han who thought he would soon be discharged from the hospital soon after the operation but develops complications and passes away unexpectedly. His wife Yu-Ying is inspired to seek his missing leg. During the course, she starts to recall how he led her in a waltz when they first met, how they fell in love, and how their relationship gradually shattered. Retrieving the leg is how she tries to properly say farewell to the man she once loved. Only after that can she begin her own journey by herself.

For someone who is helming a feature film for the first time, Chang Yao-sheng is one lucky filmmaker. After wowing critics with his original screenplay for Chung Mong-hong’s A Sun (2019), Chang’s directorial debut features a star studded lineup that would please viewers of Taiwanese cinema. Besides main stars Gwei Lun-mei and Yo Yang, recognisable actors like Li Liren, King Shih-chieh, Chen Yiwen, Shih Ming-shuai, Nadow Lin and Liu Kuan-ting portray supporting characters and make cameo appearances.

The film starts on a quirky and intriguing note. In a hospital, a man’s leg is going to be amputated for an unknown reason. The next thing we know, he passes away due to complications. As the ambulance carrying the man’s body drives away from the hospital, his wife makes a sudden decision to recover his missing leg. The story then unfolds to explore how the two met, the trials and tribulations the couple went through, and the reasons behind the amputation and eventually, the man’s death.

Trust the filmmakers to come up with something this innovative amidst the sea of predictable movies. However, as the 115 minutes go by, one can’t help but feel that there is something more which didn’t realise its full potential – whatever the commercial or artistic reasons may be.

We understand that the movie which opened last year’s Golden Horse Film Festival is essentially a love story about a man who made some wrong decisions and a woman who is finding ways to move on with her life, but too much time is spent on the romance aspect of the story. There are plenty of sappy sequences showing how the protagonists met and how they endured challenges before their relationship fell apart. But these are interspersed with scenes which are fine displays of dark humour, and the result may be somewhat jarring to the casual viewer.

Thanks to Gwei’s excellent acting, we are still emotionally invested to follow her character as she determinedly goes after literally everyone who may be responsible for her deceased husband’s missing leg. There is the surgeon who performed the operation, the pathology department head who may have misplaced the leg, the waste disposer who’d rather not be disturbed, the hospital boss who provides a wacky solution and the underappreciated hospital administrator who spends his working life in an unnoticed environment. Each encounter Gwei’s character has is a worthy skit on its own.

Lead actor Yang is the perfect candidate to play a suave but out of luck man who may have regretted his actions a little too late. Despite his well intentions and a helpful friend (played by Michael Chang), the plot twist doesn’t bode well for him. It’s a pity Yang wasn’t nominated in the Best Actor category during the Golden Horse Film Awards (the movie was recognised in four categories, but failed to bag any wins).

The film has a fascinating concept which showed many glimpses of brilliance, but we would have loved it more if tit wasn’t bogged down by the long winded love story.

(The film features a quirky concept and an excellent cast, but somehow somewhere, a long winded love story emerged) 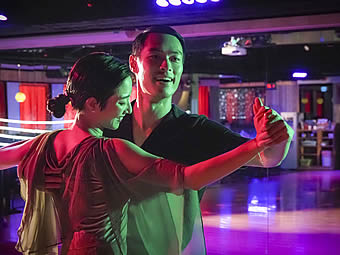 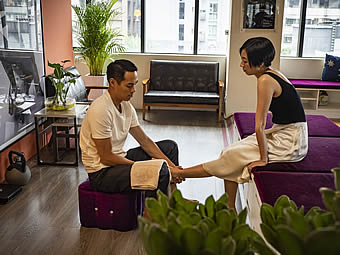 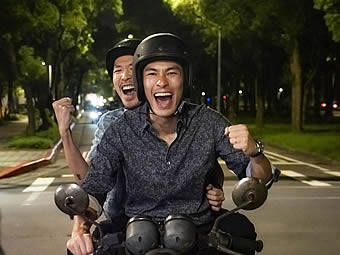 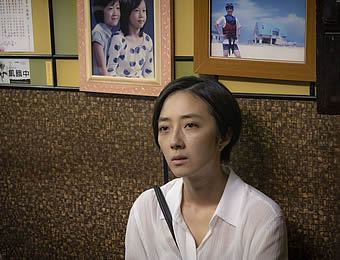 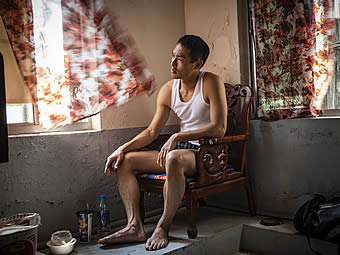