Synopsis: Living homeless after going on the run from a military court-martial, Joey Jones (Statham) is a damaged ex-special forces soldier trapped in London’s criminal underworld. But when opportunity enables him to assume another man’s identity, he is transformed into an avenging angel.

At some point, every action star looks for that one dramatic vehicle that can prove that he or she is more than just brawn. For British actor Jason Statham, that movie is writer/ director Steven Knight’s ‘Redemption’, where he plays a disgraced ex-Special Forces soldier looking to put things right by the people in his life. Those looking for a high-adrenaline actioner like ‘Crank’ will most certainly be disappointed, but even the most hardcore fans are likely to agree that this is his most substantial role by far.

Knight casts Statham’s Joey Jones as a psychologically scarred individual from his last mission in Afghanistan - though he keeps what really happened as a mystery till the very end. Nonetheless, through frequent incomplete flashbacks, we are painted the picture of a tortured soul who desperately wants to forget his sins, the title of the movie in fact a slang for “drones” which Jones consistently looks around for as if he is being watched and judged for his every action.

Thankfully, his scripting work for David Cronenberg in ‘Eastern Promises’ and for Stephen Frears in ‘Dirty Pretty Things’ have taught him more than a thing or two about making a character-driven drama, so Knight (who makes his directorial debut here) doesn’t exhibit similar tendencies by first-time directors to tell more than show. Instead, he lets Statham dig into the nature of his character to demonstrate his inner agony, which the charismatic star in turn seizes to deliver an arresting portrayal of a morally ambiguous persona driven and yet torn apart by guilt and conscience.

Tempering his usual tough-guy act with surprising humanity, Statham shines in the one-to-one scenes he shares with the nun Sister Cristina (Polish actress Agata Buzek) who runs the soup kitchen he used to frequent during his homeless days. Their unfolding relationship is probably one of the more interesting ones in a while, particularly since it juxtaposes Jones’ own journey of redemption with Cristina’s own struggle of vocation dealing with her past baggage as well as a possible romantic affection for Jones.

It is Cristina who also points out the irony in Jones’ life - motivated as he may be to find the people who killed a teenage prostitute named Isabel (Victoria Bewick) he found solace with as a vagrant, he is no less culpable for the deaths of other similar Isabels by doing the bidding of a group of Chinese mobsters (led by Benedict Wong) whose dirty works include drug dealing. Jones’ complexities on the road to finding his own salvation ultimately afford Statham a richer character study, which the actor reciprocates with nuance and poignancy.

That’s not to say that Jones is a complete departure from Statham’s usual roles; rather, instead of letting the action be the highlight of the entire exercise, this one finds meaning for the occasional bursts of violence that Statham doles out. So even though Statham does engage in fist fights and ball busting, the mayhem is more sporadic, less stylised but also more meaningful than the usual Statham movie. Sure it probably won’t please many of Statham’s usual fans, but that in no way diminishes the credit that he deserves for playing against type.

On the other hand, Knight is on familiar ground examining the underbelly of London society. Like ‘Dirty Pretty Things’ and ‘Eastern Promises’, the movie boasts a strong mise-en-scene in its Soho-set locations that are evocatively filmed by Chris Menges. Much as one would expect the filming to highlight the grim and grit of the underworld, there is something truly mesmerising in Menges’ gorgeous photography of nocturnal London - and the same of which can in fact be said of the eclectic visual palette that he chooses for the movie.

It’s therefore no overstatement to proclaim this the prettiest looking Statham film, but beyond the aesthetics, the highlight here is no doubt Statham’s earnest and heartfelt performance. Don’t worry, the star isn’t quite hanging up his gloves yet; but in ‘Redemption’, we see the potential for a new breed of films for the bullet-headed action star that effectively balances action and drama instead of the perfunctory beat-em-up. Despite the obvious expectations attached to a movie with his name, we urge you to go into this with an open mind; that way, you’ll find that this talk-heavy action-light film has some pretty redeeming qualities about it too.

(Not the usual Jason Statham beat-em-up, this character-driven study of one man’s search for salvation boasts an atypical and therefore all the more impressive dramatic performance from the bullet-headed action star) 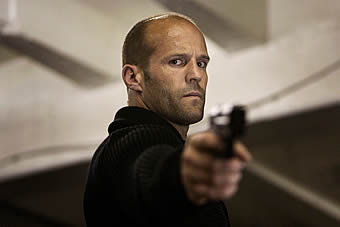