Synopsis: A thief with a unique code of professional ethics is double-crossed by his crew and left for dead. Assuming a new disguise and forming an unlikely alliance with a woman on the inside, he looks to hijack the score of the crew's latest heist.

If there were an award for the most hardworking action star in Hollywood right now, British actor Jason Statham would win it hands down. The past five or six years has seen at least two movies each year with his marquee name, though we wonder whether it is for that reason too that some of his more recent films haven’t exactly received the recognition that they deserve from critics and audiences alike. His latest, “Parker”, based on the character from a series of Donald E. Westlake novels, is an excellent case in point.

Made on a modest budget of $30 million (which is important to bear in mind so you don’t have unrealistic expectations about what the filmmakers would be able to achieve), it has Statham playing the iconic criminal with a righteous code, i.e. no stealing from the rich, no hurting innocent people and most important of all, no dishonouring thy word. Certainly it’s idealistic to expect honour amongst thieves, and it is upholding this principle which others have violated that drives the narrative adapted from Westlake’s book “Flashfire”.

The premise is relatively straightforward – after successfully robbing the Ohio State Fair in the film’s protracted but consistently exciting opening act, Parker is shot and left for dead by the quartet with whom he had teamed up on when he refuses its leader Melander’s (Michael Chiklis) offer to collaborate on another bigger score. Any other ordinary thief might have gone into hiding, but Parker insists on making things right, and instead follows their tracks to Palm Beach to exact payback.

Along the way, Parker picks up Jennifer Lopez’s supporting act Leslie, a local real-estate agent whom he enlists to help track down the location where Melander and his gang might be hiding out. There is sizzle between Parker and Leslie no doubt, but anyone expecting more than sparks would likely be sorely disappointed – like we said earlier, Parker’s a man of principle, and that includes not sleeping with anyone else besides his girlfriend Claire (Emma Booth), whose father Hurley (Nick Nolte) was the one that brought Parker and Melander together in the first place.

In all fairness, scripter John J. McLaughlin (who also wrote “Black Swan” and this month’s “Hitchcock”) could have woven a more complex story with better fleshed out characters for the ensemble cast of supporting players, including Nolte, Patti LuPone as Leslie’s cranky mother, Wendell Peirce and Clifton Collins Jr as Melander’s partners-in-crime, and Bobby Carnavale as a local cop with an eye for Leslie. Nonetheless, McLaughlin opts for a much more pared-down plot, with its focus squarely and unflinchingly on Parker.

At least for Parker, both McLaughlin and director Taylor Hackford get it right. Due emphasis is placed on Parker’s conflicting traits as an upright thief, and despite the thin materal, he remains an engaging anti-hero throughout. Of course, that is also Statham’s credit, who has an inimitable knack for playing the brawny yet taciturn type, which suits Parker just fine. Statham’s penchant for close-quarter brawls also works splendidly for Parker, here given a raw physical edge that previous screen incarnations of the character lacked.

Never mind that Jennifer Lopez only turns up in the second half of the movie, their scenes together are one of the highlights of the movie. Though into her early forties, Lopez is still sexy as ever, and a scene with both stars oozing magnetism is that where Statham gets Lopez to strip down to her undergarments in order to check if she is wearing a wire. Yet even with more clothes on, Statham and Lopez share good chemistry with each other, the former’s gruff physicality perfectly complementing the latter’s sultriness.

What persuaded veteran director Hackford to step into the director’s chair for this movie isn’t quite evident, but on his part, he demonstrates an assuredness in his direction that keeps the movie humming along at a steady pace. There is clear momentum in how the scenes unfold – in particular, the opening caper and the closing heist crackle with tension, just as two hand-to-hand combat scenes with Parker are gripping for their sheer intensity and ferocity. It won’t be remembered among one of his defining works, but “Parker” is a great example of how a good director can make a whole lot of difference to a movie, even one that was set out to be no more than a solid B-grade actioner.

And we’d like to dedicate these last words of our review to its lead star Jason Statham, whom some may be quick to dismiss. There is really much more to the actor than just brawn – even if he has played the brooding male hero many times before. “Parker” is one of those movies that you could not imagine a better actor in, simply because Statham just looks so cool and charismatic doing what he does – and we might add, what he does best. 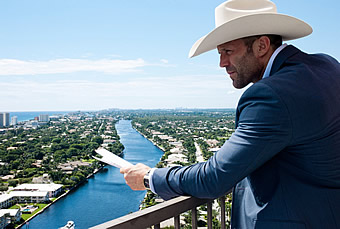 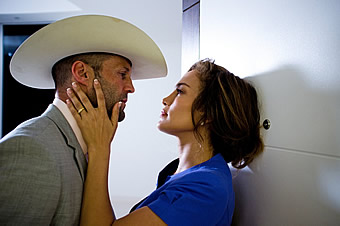 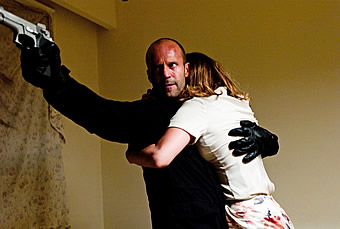 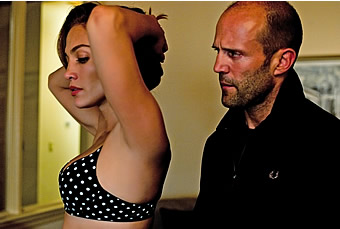 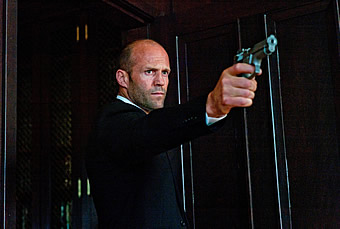 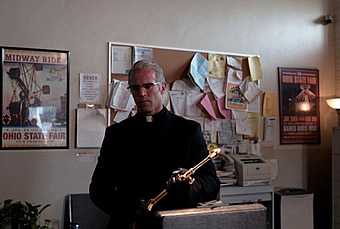