Synopsis: A second-rate cage fighter on the mixed martial arts circuit, Luke Wright lives a numbing life of routine beatings and chump change...until the day he blows a rigged fight. Wanting to make an example of him, the Russian Mafia murders his family and banishes him from his life forever, leaving Luke to wander the streets of New York destitute, haunted by guilt, and tormented by the knowledge that he will always be watched, and anyone he develops a relationship with will also be killed. But when he witnesses a frightened twelve-year-old Chinese girl, Mei, being pursued by the same gangsters who killed his wife, Luke impulsively jumps to action...and straight into the heart of a deadly high-stakes war. Mei, he discovers, is no ordinary girl, but an orphaned math prodigy forced to work for the Triads as a "counter." He discovers she holds in her memory a priceless numerical code that the Triads, the Russian mob and a corrupt faction of the NYPD will kill for. Realizing he's the only person Mei can trust, Luke tears a swath through the city's brutal underworld to save an innocent girl's life...and perhaps even redeem his own.

One does not walk into a Jason Statham movie expecting Shakespeare. Or even Woody Allen, for that matter. One walks into a Jason Statham movie expecting non stop wham bham action, and nothing more. After all, this is the man who heightened your adrenalin rush in action flicks like Snatch (2000), The Transporter and Crank series. More recently, he was part of the gang in The Expendables (we can’t wait for the sequel). So if you are looking for a movie to reflect and ponder upon, you may want to look elsewhere.

The English actor and former diver plays a second rate cage fighter (don’t you love how innovative writers can get these days, giving such interesting occupations into their characters?) who gets himself into a messy situation with a Chinese girl whose memory holds a priceless numeric code. She is chased by ruthless triad members, the Russian mobsters and corrupt policemen. Along comes our protagonist, and a cat and mouse games ensues.

There are two parts to this mission – rescuing the helpless little girl, and using the code to outwit the baddies. It is that simple, so viewers are advised not go into the theatres expecting complicated story developments and dramatic plot twists. Viewer discretion comes in the form of strong violence and language, earning the Boaz Yakin action thriller a M18 rating here.

With that out of the way, let’s concentrate on whether Statham delivers. We’ve always thought the 44 year old to be an underrated action star. Who else in today’s film industry kicks and punches like Statham? And we mean real power kicks and hard fisted punches. Here, amidst the gun shootouts and car chases, Statham impresses us again with his ability to carry off the charisma of a real action star. His masculinity makes men want to be him, and women desire to be with him. Statham’s badass grimness complement the gritty action sequences well, and as much as we don’t believe how his character can remain unscathed throughout the hard hitting violence, we are taken along the ride – suitably awed by how  incredibly absurd this guy can get.

It sure helps that the action star hails from England. Who doesn’t love a crisp British accent? Get out of the way, all you Chris Pines and Channing Tatums.

Statham’s effortless performance is supported by unknowns like Catherine Chan, Danni Lang, James Colby and Kate Rogal. They play characters who live up to your stereotypes of obligatory roles in an action movie. An intelligent Asian kid who holds a special power to unlock an expensive secret? Check. The rowdy mobsters who are lacking in the intelligence department? Check. The corrupted cops who think they can outsmart everyone, but are also not that proficient when it comes to using their brains? Check.

As justified earlier, one does not step into the cinema expecting award winning performances or thought provoking storylines. Statham and his co stars deliver what they are supposed to and do nothing more. The agreeable 95 minute runtime also ensures a fast and engaging ride from the opening sequence to the end credits. Director Yakin (Remember the Titans, Uptown Girls) knows to keep it quick and simple with flashy cinematography (Stefan Czapsky), speedy edits (Frederic Thoraval) and pompous music (Mark Mothersbaugh). The guy’s not out to win an Oscar, he’s out to bombard your senses. And on that note, this agreeable action flick delivers. 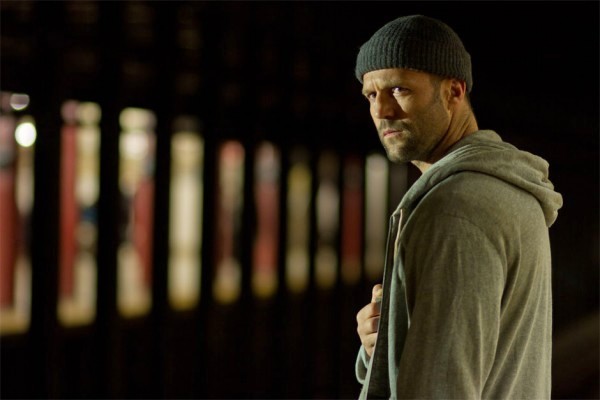