Synopsis: City girl Jiajia is traveling to Seattle to give birth to the son who’s going to help her win over her rich, married boyfriend. Armed with his unlimited credit card and the singular goal of bringing a little U.S. citizen back to Beijing, Jiajia knows how to play this game of modern love. But when Jiajia arrives in Seattle, the city which inspired her favorite movie Sleepless in Seattle, nothing goes right: she’s stuck sharing a small house with two other pregnant ladies, she has trouble reaching her boyfriend on the phone, and eventually, even the credit card stops working. To top that off, the only person willing to spend time with her is her driver Frank. At first, Jiajia can’t stand Frank but reluctantly, she realizes he’s not half bad. Jiajia surprises Frank too-- though every bit a selfish princess on the outside, deep down he knows her heart is as big as her Birkin bag. When a crisis in her pregnancy endangers Jiajia’s life, Frank is the only one standing by her side, tirelessly taking care of her and her newborn son. When Jiajia’s boyfriend suddenly resurfaces--newly divorced and more doting than ever--Jiajia’s mission is accomplished and she can return to China. The trouble is, even as she enjoys her new upgraded life in Beijing, she can’t seem to stop thinking about Frank. Has Jiajia gone completely crazy? Frank is the opposite of everything she ever wanted in a man…or could he be exactly the kind of guy she really needs?

It’s hardly surprising that Mainland China audiences enjoy romantic comedies as much as the rest of the world, which explains why their filmmakers have in recent years been trying to replicate the formula which Hollywood has perfected to a fault. In that regard, Xue Xiaolu’s sophomore feature film (after the Jet Li tearjerker ‘Ocean Heaven’) is no different, but what really sets it apart from its ilk is how she manages to execute it with wit, panache and poignancy.

Right from the start, Xue acknowledges her Hollywood influence – in the film’s opening scene, when lead female protagonist Wen Jiajia is asked by US immigration what the purpose of her visit is, she quotes the timeless Hollywood classic ‘Sleepless in Seattle’ as the reason for travelling to none other than Seattle itself. In fact, that Tom Hanks- Meg Ryan starrer is the very inspiration for Xue’s film – not only is it the movie that Jiajia watches in a cinema, it is also the very reason why Jiajia journeys to New York and eventually gets her happily-ever-after finale at the top of the Empire State Building.

But lest we give you the impression that ‘Finding Mr Right’ is no more than a slavish copy of that movie, rest assured that it isn’t. To be sure, Xue displays much more originality and audacity in her self-written screenplay, which is evident just by looking at her two leads. Far from being just a tourist, Jiajia is the mistress of a rich Beijing businessman (referred to as ‘Boss Zhong’) who has been shipped to Seattle to give birth after she is found pregnant. Besides the fact that ‘Boss Zhong’ wants to hide her from his family, there’s also the more inconvenient truth that she cannot do so in China given her singlehood.

Completing the love equation here is Frank, the mild-mannered driver who receives her at the airport to bring her the illegal maternity centre she is booked at and whom she takes advantage of at the start to be her chauffeur around town. Like Jiajia, Frank is more than what he appears to be – a recent divorcee looking after his young daughter Julie, he was once a famous doctor in Beijing before making the move to the US so that Julie can be nearer to her mother. Indeed, Frank and Jiajia are hardly the normal stuff of rom-coms, let alone protagonists in a Mainland movie where social norms are conventionally respected.

And yet here they are in a smartly-scripted reflection of contemporary Chinese society; while Jiajia portrays the increasingly materialistic prima donnas one can easily spot in luxury brand boutiques all over the world, Frank’s circumstance mirrors the tension faced by the traditional Chinese family as its working members respond to the call of globalisation and head overseas for work opportunities. Though Jiajia’s change of heart as she comes to realise the worthlessness of wealth is to be expected, how Frank’s own family situation resolves itself is rather unexpected and, shall we say, less politically correct, which ultimately adds to the credibility of the entire set-up.

Certainly, despite the fact that it does follow a customary narrative trajectory in establishing Jiajia and Frank as kindred souls recovering from their respective unfortunate romantic pasts and finding solace in each other, Xue’s sensitive approach to the material ensures that it never hits a false beat. From her longing for a traditional family to spend the Christmas holidays with (illustrated in an affecting sequence set to ‘Silent Night, Holy Night’) to her subsequent connection with Frank (recapped beautifully to Sarah McLachlan’s ‘ Angel’ at a key twist before the end), we guarantee that only the hardest of hearts won’t be moved by the immensely touching relationship that develops between the leads. Even what could easily be dismissed as pure contrivance in a different movie works delightfully in the climax, and ultimately a deeply meaningful conclusion that depicts how one is still entitled to a Hollywood-style romance (a la ‘Sleepless in Seattle) if one remains grounded with the right priorities and perspective in life.

Besides Xue’s engaging characters, a large part of the charm is thanks to Tang Wei and Wu Xiubo’s performances. Never a first choice to play a romantic lead (and regarded somewhat as a pariah in the Mainland China’s box-office after her daring debut in Ang Lee’s ‘Lust, Caution’), Tang Wei amazes with a disarmingly honest portrayal of Jiajia that conveys her naivety, verve and vulnerability. She finds a perfect complement in Xiubo’s restrained acting as Frank, who doesn’t overplay his character’s somewhat saintly care and concern for Jiajia and becomes a truly fully formed persona in the second half when he loses his cool over both his daughter and his ex-wife in two separate occasions.

Xue also scripts some warm supporting roles in Elaine Jin’s Mrs Huang, the Taiwanese caretaker of the maternity home Jiajia stays in, and Hai Qing’s Mei, a fellow resident whom Jiajia has a couple of entanglements with due to her petulant nature at the beginning – in particular, an unexpected twist regarding the latter’s pregnancy might in fact be seen as a breakthrough for the Chinese film industry. Of course, the same should be said of the entire movie, which represents an achievement in how it takes the rom-com formula developed by Hollywood and applies it to Mainland characters within a US context no less. But if these abstract notions don’t interest you, then hear this – ‘Finding Mr Right’ is amusing, witty, warm and touching, one of the most perfect date movies we’ve seen in some time.

(Smart, funny, and surprisingly affecting, this rom-com surpasses a somewhat conventional narrative with unconventional but authentically written characters and a winning combination of wit, panache and poignancy) 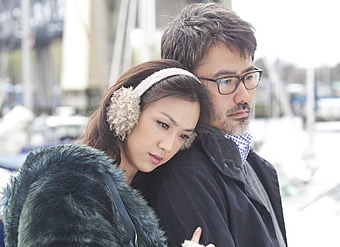 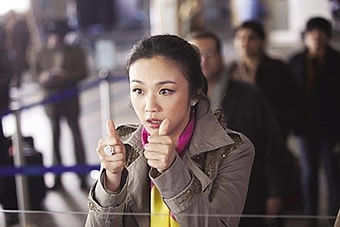 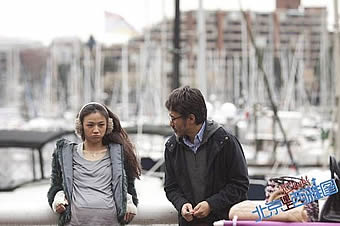 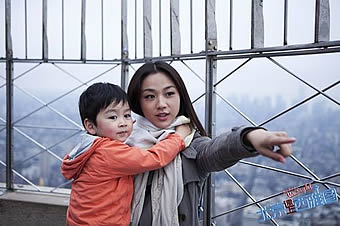