Synopsis: S Storm follows a handsome ICAC officer, played by Louis Koo, and Julian Cheung who plays a senior policeman on a mission to break an anti-corruption case. As frenemies, both of them have never gotten along well but they managed to complete the task as one...

You have probably, like us, lost count of how many movies Louis Koo has appeared in this year. The 45 year old actor, who doesn’t seem to have an issue with maintaining a ‘two movies every month’ schedule (in the last few months, we have already seen him in Johnnie To’s Three, Koan Xu’s League of Gods, Jazz Boon’s Linewalker and Benny Chan’s Call of Heroes) he is spoiling his fans again with this sequel to 2014’s Z Storm.

While Z Storm's intention was to remind viewers how Hong Kong’s film industry is capable of producing gripping and taut crime thriller with its plot (who wouldn’t love a shady tale of how the Independent Commission Against Corruption (ICAC) uncovers a biggest financial fraud disguised as a charity fund), it was more notable for its stellar lineup. Together with Koo, there was Lam Ka Tung, Michael Wong, Lo Hoi Pang and Felix Lok, just to list a few familiar names.

In this installment, viewers are brought behind the scenes of how football matches are betted on at a jockey club. Enter Koo’s Investigaor Luk and his all knowing team to uncover the truth. Adding spice to the story is the impulsive Detective Lau (played by the much missed Julian Cheung), who obviously has differences with the cool headed Koo. And to please movie goers who are suckers for big names further, there is a quiet assassin (portrayed rather blandly by Vic Chou, who needs to learn that not emoting doesn’t equate to serious acting), a capable ICAC female officer (the very underused Ada Choi), a former ICAC officer (Bowie Lam, whom we wished had more screen time) and many other capable actors from the industry.

The premise set up by scriptwriter Wong Ho Wa is enticing enough – there are slickly shot and edited sequences where the cast throw menacing looks at each other (with all those movies under his belt, you wouldn’t expect anything less from Koo), engage in shootouts and car chases, as well as spout the obligatory quotable quotes.

There are also depictions of some truly moving relationships between the characters: Koo and Cheung learn to put their differences aside to form a convincing bro mance; Koo and Lam are ex colleagues who have taken on very different paths in life but have that mutual respect for each other’s capabilities; Cheung and his on screen sister (Dada Chan) share a troubled past. These are universal themes the casual viewer can relate to, and will appreciate.

Unfortunately, director David Lam seems to be pressured by the studios to cram as many elements as possible into the 95 minute action movie. Characters are not properly fleshed out, and despite the impressive performances delivered by individual actors, they are let down by a frenzy of plot developments and awkward insertions of romance elements (between Chou’s mysterious killer with a tragic past and Chan’s suffering bartender with a similarly tragic past).

But hey, if the formula for the first movie worked, there is no reason why viewers won’t be flocking to the theatres to catch this sequel. As for Koo, he is probably waiting for his next movie to be released – there is a reason why is the good looker is the highest earning actor in Hong Kong with 236 million HKD in 2013, 2014 with 300 million HKD  and 2015 with 400 million HKD.

(The cast delivers gripping performances, but are bogged down by a frenzy of unnecessary plot developments) 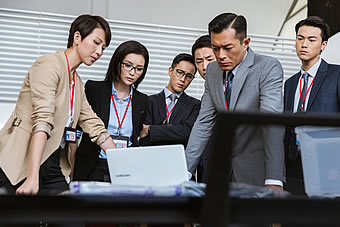 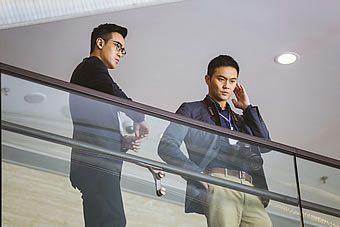 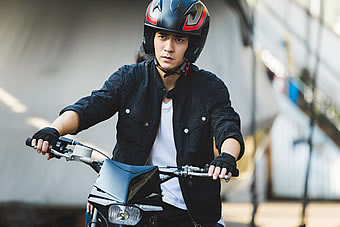