Synopsis: In 1970s South Boston, FBI Agent John Connolly (Joel Edgerton) persuades Irish mobster James “Whitey” Bulger (Johnny Depp) to collaborate with the FBI and eliminate a common enemy: the Italian mob. The drama tells the true story of this unholy alliance, which spiraled out of control, allowing Whitey to evade law enforcement, consolidate power, and become one of the most ruthless and powerful gangsters in Boston history.

If his recent streak of box-office failures is anything to go by, it seems that no one wants to see Johnny Depp outside of the ‘Pirates of the Carribbean’. Of course, Depp did himself no favours by mistaking flamboyance for acting, and his last flop ‘Mortdecai’ is as good an example as any of such hubris. It is therefore no surprise that ‘Black Mass’ has been touted as his comeback film, a return to more mature, adult, grittier fare that he was first known for. Not that he has given up on the elaborate makeup and prosthetics; as the murderous Irish-American gangster James ‘Whitey’ Bulger, Depp is hidden behind a balding head, sweptback silver hair, steely blue eyes and age freckles that make him virtually unrecognisable.

Based on the exhaustively researched book of the same name by Boston Globe reporters Dick Lehr and Gerard O’Neill, ‘Black Mass’ chronicles how Whitey managed to stay out of the grasp of the law while building his own fiefdom right under the authorities’ noses. Essentially, that came down to what has since been termed “an unholy alliance” between Whitey and FBI agent John Connolly (Joel Edgerton), the latter a childhood friend of Whitey’s who persuades his bosses (Kevin Bacon and Adam Scott) to strike a deal that would give them information to take down the Italian mafiosos ruling the city’s north. Suffice to say that the free rein Whitey is in turn given to grow his Winter Hill Gang does not turn out well at all, and eventually draws the attention of a federal prosecutor (Corey Stoll) determined to nail him.

The script by Mark Mallouk and Jez Butterworth frames three specific acts around interview testimony given by Whitey’s longtime henchmen – more specifically Jesse Plemons and Rory Cochrane as Kevin Weeks and Steve Flemmi respectively – after their arrest and Whitey’s disappearance. The first act set in the year 1975 establishes the tangled deal that Whitey struck with Connolly to become an FBI informant against their common enemy, while setting out how the former slowly tightens his grip over his criminal interests from vending machines to dope dealing. Whereas, the second act skips ahead to the year 1981 when Whitey tries to get into the Jai Alai gambling market in Florida, the ramifications of which are played out in the final act, that finds not just Whitey growing increasingly paranoid and unhinged but also the law finally catching up to his long list of misdeeds.

All the while, there is no doubt in our heads that Whitey is – as one of the characters puts it – “strictly criminal”, with no other motivation than his own interests. That however makes him a much less interesting character than you may think, for there is little complexity to the man. Sure, we are given hints of him as a loving and protective father who loses his son to Reye's Syndrome or as a devoted son who late into the film grieves deeply over the death of his mother, but both are given only fleeting mention. Ditto for the relationship between Whitey and his more legitimate brother, Billy (Benedict Cumberbatch), a state-senator who chooses like the FBI to turn a blind eye to Whitey’s criminal ways – how these two very different men relate to each other is not given much description.

And therefore, though he is ostensibly the focus of the movie, Whitey is pretty much a glossy character that ends up being all surface. Instead, Whitey is sidelined in his own film by Connolly especially in the second and third acts, as Connolly grows to increasingly untenable lengths to cover up testimony of Whitey’s crimes. It isn’t so simple as loyalty; as his own wife observes, Connolly is enamoured of Whitey, which shows up in his dressing and other increasingly lavish ways. Connolly’s own undoing is ironically more interesting to watch than Whitey’s own, for the former is a much more relatable character to whom we also grow to sympathise with.

As much as Whitey’s character is thinly written, there is no denying Depp’s fierce acting. Some of the best scenes are credit to Depp’s underplaying, in particular a dinner at Connolly’s house where Whitey gets another FBI agent to reveal his family’s secret steak sauce recipe and then confronts him about his trustworthiness if he cares to give away such a secret so easily. Depp never exploits his character’s larger-than-life nature for hyperbole, and in turn projects a chilling menace that keeps us hooked. It isn’t enough to disguise the fact that the person inside remains remote and opaque to us, but Depp is mesmerising to watch.

Edgerton is Depp’s perfect complement as the once straight-laced law enforcer who grows increasingly blind at his own complicity, especially when the noose starts to tighten around his character and Whitey. It is a pity though that the two actors don’t share more scenes together, a fault of both the screenwriters as well as its director Scott Cooper. Too little time is spent developing the relationships between the characters than sketching out a panoramic view of the Boston criminal underworld, which is also why Cumberbatch’s presence amounts to no more than a glorified cameo while Plemons and Cochrane get more screen time instead. Without that emotional grounding, Cooper’s crime drama plays no better than a procedural, coming off too detached for its own good.

One gets the sense that Cooper doesn’t simply want to follow in the footsteps of Martin Scorcese, whose classics such as ‘Goodfellas’ and even ‘The Departed’ have become the gold standard in gangster dramas. But Cooper has somewhat over-compensated by draining the energy and pulse out of his film, so much so that even the occasional bursts of violence cannot provide much by way of visceral thrills. As far as being an acting showcase for Johnny Depp however, ‘Black Mass’ is as good a comeback as one may expect; but as one in a long line of gangster movies, it hardly stands out. 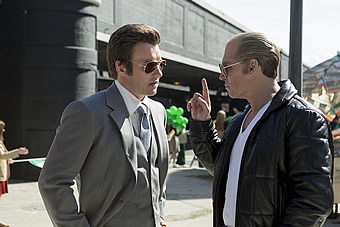 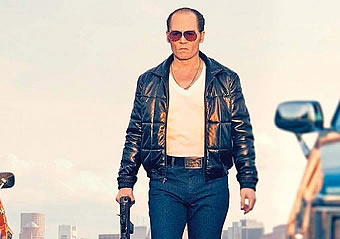 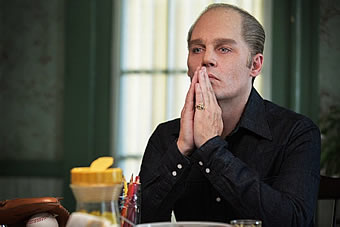