Synopsis: From Scott Cooper, the critically-acclaimed writer and director of Crazy Heart, comes a gripping and gritty drama about family, fate, circumstance, and justice. Russell Baze (Christian Bale) has a rough life: he works a dead-end blue collar job at the local steel mill by day, and cares for his terminally ill father by night. When Russell's brother Rodney (Casey Affleck) returns home from serving time in Iraq, he gets lured into one of the most ruthless crime rings in the Northeast and mysteriously disappears. The police fail to crack the case, so - with nothing left to lose - Russell takes matters into his own hands, putting his life on the line to seek justice for his brother.

Away from the gleaming metropolises of America lies the Rust Belt; once known as the industrial heartland of America, their economic fortunes have long since faded in a postindustrial era, its people largely working-class folk with little hope for a better future. It is in the rusting Pennsylvania steel town of Braddock that director Scott Cooper has set his sophomore feature film, shot on location to lend authenticity to the depiction of the factories and the streets that stand as crumbling remnants of a once-thriving town.

Those who remember Cooper’s ‘Crazy Heart’ will find the same melancholy in the belching smokestacks and dust motes dancing in penumbral interiors that form the quiet opening of the film. Deliberately beginning in 2008 on the eve of Barack Obama's presidential nomination with the (false) promise of change hanging in the air, it paints a grim picture of the downward-spiralling lives of two brothers, Russell (Christian Bale) and Rodney (Casey Affleck). While the former spends his days working the steel mill blast furnaces, the latter gambles away money he doesn’t have in between multiple tours of duty to Iraq.

An early twist of fate lands Russell in prison, just as Rodney is sent for a fourth tour of Iraq. Without explicitly saying so, Cooper skips ahead in time to move the narrative along, as Russell is released to find his terminally ill father dead, his schoolteacher girlfriend (Zoe Saldana) with the local police chief (Forest Whitaker) and his brother Rodney participating in bare-knuckle underground fights around town in order to pay off his debts. It’s almost an understatement that these are hard times, with both lower-class brothers trying to get by in their respective lives while battered by vicissitudes beyond their control.

In both its milieu and its reflection on the after-effects of battle, Cooper’s film evokes Michael Cimino’s post-Vietnam blue-collar drama ‘The Deer Hunter’. Here the shadow of the Vietnam War has been updated to the Iraq War, but there are obvious similarities in how both films address post-war trauma in the context of a Pennsylvania town. With some generous help from cinematographer Masanobu Takayanagi, Cooper steeps us in the dead-end mood of the doldrums of forlorn bar rooms and rusted factories, as well as in the blue-collar environment that our protagonists inhabit.

Unfortunately, things get a tad predictable after the first hour when Cooper ups the dramatic ante with the introduction of the backwoods crime kingpin Harlan DeGroat. Introduced as a sadistic masochist at the start, Harlan’s malevolent nature becomes much clearer when he exacts cruel revenge on Rodney and his bookie cum fight manager John Petty (Willem Dafoe) after the former forgets to throw a fight he is supposed to. What could have remained a moving tale of brotherhood becomes a personal tale of revenge, as Russell struggles with his own moral bearings to take matters into his own hands. That path is not one which viewers will find unfamiliar with, right down to the penultimate showdown between Russell and Degroat in a long vacated factory.

Indeed, if it isn’t yet clear, there is no cheer to be found here in this insistently downbeat crime drama turned revenge saga that wants to a socio-economic commentary of our recession-weary times. And yet the tale of honest good-hearted men trying to avoid the downward suck of crime and violence ultimately comes off depressingly rudimentary, with not even a lurid final act able to lend it the necessary gravitas to come off meaningful. What does keep you watching are the all-around strong performances by an ensemble cast, which go a long way in elevating the quality of the material.

Even as he demonstrated his comedic side in ‘American Hustle’, Bale’s repertoire as an actor has been defined by strong machismo characters. Russell is no different, and Bale digs deep to portray with empathy and earnestness a decent hardworking individual undone by his circumstances. He shares an easy brotherly bond with Affleck, whose signature broken singsong voice and furtive gaze are put to good use here to deliver a searing portrait of a broken young man undone by the horrors of war. Among the supporting players, Harrelson stands out for his intensely feral performance as the unhinged villain of the movie, though Saldana, Whitaker and Sam Shepard as Russell’s grizzled uncle are no less convincing.

At least from the standpoint of the performances, Cooper continues to be able to draw out raw compelling stuff from his actors, very much the same way he guided Jeff Bridges to a Best Actor Oscar playing the washed-out musician in ‘Crazy Heart’. Despite some nicely crafted moments (such as the juxtaposition between one of Rodney’s bloody fights and Russell’s hunting of a deer in the woods with his uncle) and a promising first hour, this decidedly and deliberately bleak drama hardly achieves the poignancy that one suspects Cooper wanted to. Pity though, there is a great sense of place in the American rust belt setting, but too many dramatic conventions scuttle what could have been a heartfelt and even thought-provoking examination of the fading American dream in a post-industrial America. 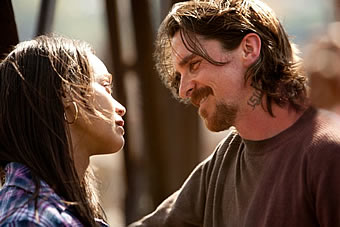 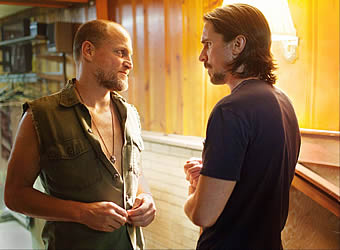 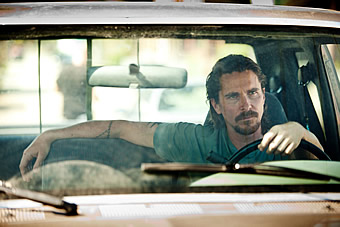 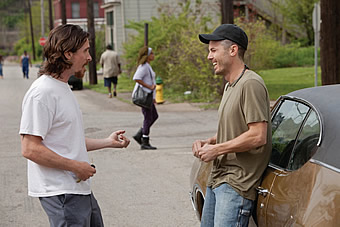 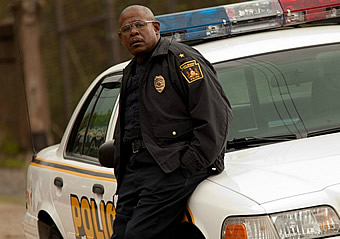 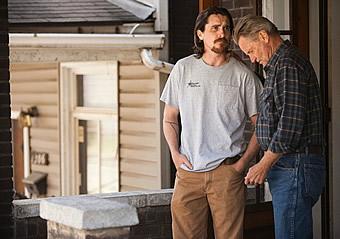