Synopsis: For a decade, an elite team of intelligence and military operatives, working in secret across the globe, devoted themselves to a single goal: to find and eliminate Osama bin Laden. Zero Dark Thirty reunites the Oscar winning team of director-producer Kathryn Bigelow and writer-producer Mark Boal (The Hurt Locker) for the story of history's greatest manhunt for the world's most dangerous man.

For a thriller in which you already know the ending, ‘Zero Dark Thirty’ is impossibly riveting. Kathryn Bigelow’s followup after her Academy-Award winning ‘The Hurt Locker’ sees her reuniting with writer Mark Boal to tell the story of the manhunt for Osama bin Laden, beginning after the tragedy of September 11, 2001 to his eventual death in a compound in Abbottabad, Pakistan. That’s ten years in between, but you can’t even begin to imagine the long, twisted road the CIA intelligence community had to take in order to achieve that victory.

Boal isn’t simply concerned about the top-secret raid itself, code named ‘Geronimo’ – that will have to wait till the last half hour of the movie. Instead, the bulk of the movie details with precision how a particular dogged female CIA analyst, Maya (Jessica Chastain) followed the clues for eight years straight to eventually confound the prevailing wisdom that bin Laden was hiding in a cave in the tribal areas of Pakistan surrounded by his loyal fighters. It is a tribute to the perseverance of the ‘little people’ behind the scenes we often don’t give enough credit to, as well as a good hard look at perhaps the most controversial element of the United States’ ‘war on terror’.

Following a brilliant scene-setter of an opening where we hear the anguished voices of those trapped in the World Trade Centre towers, Bigelow plunges into the deep end by cutting immediately to a “black site” in Pakistan two years later. As a new kid on the block, Maya is caught off-guard by the ferocity of the methods as she watches her veteran colleague Dan (Jason Clarke) torture an Arab man, Ammar (Reda Kateb), for information. “There's no shame if you want to watch through the monitor,” he tells her. She declines, standing by as Ammar is waterboarded, put on a collar, walked around like a dog or thrown into a tight wooden box.

There is no attempt to play up these scenes; yet in the stark, detached manner in which they are presented, it is still ugly and harrowing. A fair amount of controversy has already been swirling over the suggestion that such inhumane methods were responsible for extracting information critical to fighting the war on terror; nonetheless, while she isn’t afraid to portray the unpleasant aspects of the history she is chronicling, Bigelow doesn’t take sides, aiming to present a journalistic account of the truth – and yes, given the amount of evidence that has emerged thus far, it is almost certain that such tough means were indeed used for information gathering at least in the early years.

Perhaps equally significantly, it is only later in much more humane circumstances that Ammar offers Maya a lead in the form of Abu Ahmed al-Kuwaiti (Tushaar Mehra), a trusted courier for bin Laden. Other detainee statements – some of them obtained in the way that Ammar’s was – would strengthen Maya’s confidence in the courier’s existence, before at another “black site” in Gdansk, Poland, another detainee identifies Abu Ahmed as the trusted go-between for bin Laden and Abu Faraj al-Libbi (Yoav Levi), better known as al-Qaeda’s third in command. And so, Abu Ahmed will become the lead Maya eventually pursues tenaciously over the next eight years, who will also eventually lead her to where she believes bin Laden is hiding.

Bigelow uses two important markers of the passage of time. The first is the significant terrorist attacks which took place around the world after September 11, such as the Khobar massacre in Saudi Arabia in 2004, the London bus and subway bombings in 2005, and the Islamabad Marriott Hotel bombing in 2008. In particular, the last serves as a reminder of how Maya and her colleagues, working behind their desks, were just as exposed to the dangers of terrorism, as the bomb goes off right when she meets fellow CIA operative Jessica (Jennifer Ehle) for dinner at that very location. Still, the most impactful statement of that is a tense and effective sequence staged against the backdrop of the Khost CIA-base bombing in Afghanistan in 2009 that killed seven CIA agents.

There is also real-world chronological relevance to be found in the shifting political winds. As early as 2005, Dan warns Maya, “You don’t want to be the last one caught holding a dog collar when your oversight committee comes” – and later on, Maya would watch impassively as the soon-to-be-elected Barack Obama says to a correspondent on ‘60 Minutes’, “I have said repeatedly – America doesn’t torture.” Bigelow knows better than to get caught in the middle of this debate – even if that’s exactly what the movie has found itself in now – but gives enough to let you ruminate on whether expediency was justification enough.

Because the movie is so rooted in reality, you’ll find yourself questioning how much of what you see is fact and how much of it is fiction. Bigelow casts the hunt in the form of a procedural, where details and more details matter as the analysts sieve and weave through red herrings, endless hours of surveillance, and even more months of political wrangling with the highest echelons of the CIA – namely, Leon Panetta (James Gandolfini). And then with just the same, if not even more, verisimilitude, the raid unfolds, told mostly from the point of view of the SEALs on the ground. It is damn gripping stuff to say the least, with cinematographer Grieg Fraser switching between standard and night-vision views to make it even more vicariously and viscerally thrilling.

Amidst the procedural, the film finds an unlikely emotional centre in Jessica Chastain’s masterful portrayal of Maya. There is no back story to her – what we learn about her is solely from the investigative work she does. And what we do learn too doesn’t paint her as a traditional heroine; yet we come slowly to respect her for her wisdom and determination as she perseveres against the odds to remain resolute on chasing down one single lead she believes will lead to bin Laden. Chastain neither underplays nor overplays the role; rather, she plays her character with conviction, feral yet controlled, and always magnetic to watch.

The same could be said of the entire film, which through its handheld camerawork, chapter headings and naturalistic lighting achieves a new pinnacle in cinematic realism. Bigelow doesn’t try to push a political point or for that matter advance any sort of agenda; instead, she shows it as it is, leaving her audience to draw their own conclusions about the impact that America’s war on terror had not only to the people directly involved but also to the entire nation.

Just before the credits roll, we see Maya staring out across an open tarmac with tears coming down her cheeks; yet it isn’t joy we see in them, but a mournful ambivalence. Like her, ‘Zero Dark Thirty’ suggests that in looking back at the ten years between September 11 and the assassination of bin Laden, we will realise that it has been a bittersweet victory despite what might be a happy ending, with its cost and implications to be realised much later on. And even if you’re not all that familiar with American politics, ‘Zero Dark Thirty’ is still a spellbinding thriller and a sobering reminder that the world will probably never be the same after September 11.

(Seamlessly blending fact and fiction, this dramatization of the hunt for the world’s most wanted terrorist is edge-of-your-seat gripping, and just about one of the most thrilling and important films to see this year) 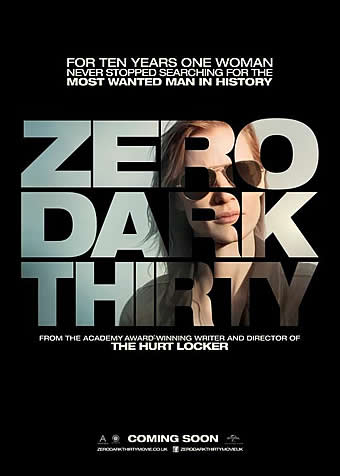 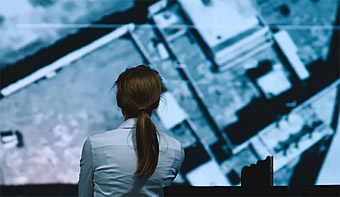 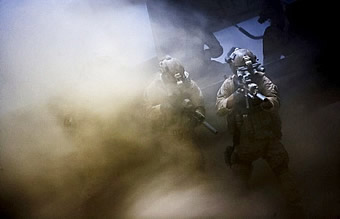 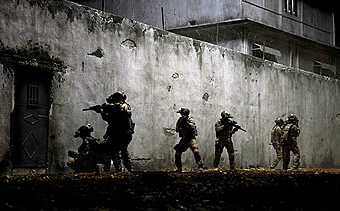 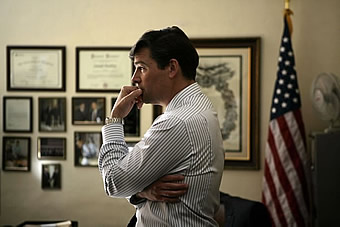 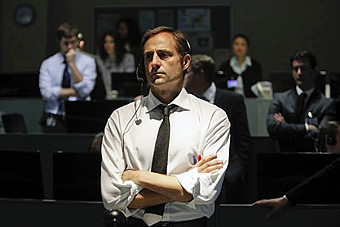 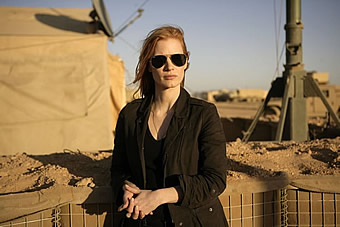