‘WW84’ begins breathtakingly with a young Diana Prince (a returning Lilly Aspell) competing in an Amazonian gladiator-style arena tournament on the paradise island of Themyscira, presided over by her commanding mother Hippolyta (Connie Nielsen) and fierce aunt Antiope (Robin Wright). It is a thrilling opening sequence by any measure, delightful not just because of its sheer imaginativeness and propulsive energy, but also because of the joy of returning to a world so wondrously designed by director Patty Jenkins in the first movie; and perhaps just as significantly, it ends on a poignant note with a stern reminder by Antiope that ‘no true hero is born from lies’.

The reason why Jenkins – who returns to direct and is also a co-writer on the sequel with DC Films honcho Geoff Johns and Dave Callaham – chooses to open with such an elaborate introduction becomes clearer later on, but the value of truth and the courage to face up to it is a beautifully played theme that runs throughout the entire movie. No longer bound by the trappings of an origin story, ‘WW84’ is a much more ambitious movie than its predecessor, choosing to be more expansive in terms of scope (covering even Middle East and US-Soviet Union politics) and concomitantly more complex in its treatment of the choices and dilemmas facing our titular heroine as well as the villains she has to save the world from.

Like the first movie, there is still magic involved – this time, in the form of an ancient gemstone with magical wish-granting powers – but the true villainy here is our own flawed human nature. That affliction is what drives both the film’s baddies: a sleazy oil tycoon Maxwell Lord (Pedro Pascal) running a Ponzi scheme who wants the gemstone’s powers in order to turn his fortunes around; and a nerdy, soft-spoken gemologist Barbera Minerva (Kristen Wiig) whose inferiority complex fuels her desire to be as “cool, sexy, special” as Diana. It is no coincidence that Lord is a TV personality who appeals to people’s basest instincts for his own personal gain, or that Minerva is a woman crushed by the everyday pressures society brings to bear on the female gender, and between them, Jenkins weaves a story that threatens no less than a full-blown nuclear apocalypse.

That is the equivalent of the stakes of World War I for this 1984-set movie, a time of capitalist excess amidst an oil glut (as an exclamatory New York Times article puts it) which finds Diana being the equivalent of Peter Parker’s ‘friendly neighbourhood Spiderman’ to the people of Washington D.C. For all that she gives to the human race, she has only one yearning, and it is precisely that which the gemstone exploits to test how much of a superhero she is willing to be. It is also a convenient plotting device to bring back Steve Trevor (Chris Pine), whose dynamic with Diana remains as jubilant and effervescent as before; indeed, while there is fun to be had in having Diana and Steve switch roles as the fish-out-of-the water (and therefore watching Pine marvelling at the strange new world of the 1980s), what is truly gratifying to see is how both continue to bring out the best in each other.

The focus on characters and character interplay means the movie moves at a deliberate pace in its first half, so those expecting the narrative to be built around a couple of big action set-pieces will probably be disappointed. Indeed, though running at about two-and-a-half hours long, the sort of blockbuster action only kicks in the latter half. A convoy battle on the roads outside Cairo sees Diana take on trucks, tanks and machine guns, while trying to chase down Lord. A battle royale between Diana and Minerva-turned-Cheetah within the corridors of the White House sets up a showdown between them outside a secluded military facility at the edge of the ocean, and for the better of it avoids transforming Lord into some sort of superhuman just so he can duel with Diana. We’ll admit it will come across underwhelming if you compare against other recent Marvel/DC entries, so you’ll best be advised to keep your expectations in check.

But for what it lacks in blockbuster spectacle, ‘WW84’ makes up for in buckets of heart and humanity. Gal Gadot continues to be perfect for the role, exuding grace and goodness unparalleled in any other superhero incarnation, whether DC or Marvel. She is magnetic onscreen, and the screwball rhythms she builds with Pine makes her even more endearing. Pine is essentially in a supporting role this time round, but like we said earlier, is there to represent the best of both god and human on an intimate, personal level. Pascal may seem to take the role over-the-top by hamming it up as a megalomaniac, but when the time comes, he adds a heartbreaking touch to the character that proves his casting was just as brilliant. Wiig is hilarious, yet grounded, and works wonders in her evolution from ordinary nerd to predatory opponent.

And thanks to the ensemble, ‘WW84’ proves deeply winning. Granted, the storytelling is a little messy around the edges, and could do with tighter pacing and editing. Yet there is a sincerity in the filmmaking that is the heart and soul of this sequel as it was for its predecessor, and despite its flaws, Diana’s second outing is just as uplifting, meaningful and inspiring as before. Especially at this time when our world and our peoples are feeling broken and dispirited, ‘WW84’ is a rallying call for us to find strength in our collective frailties, and to believe that truth, courage and perseverance will triumph over lies, fear and despair. That is what ultimately makes ‘WW84’ an embodiment of its title: wondrous.

(More ambitious, expansive and complex than its predecessor, 'WW84' retains the grace and goodness of our beloved heroine in a glorious sequel that speaks to our broken humanity) 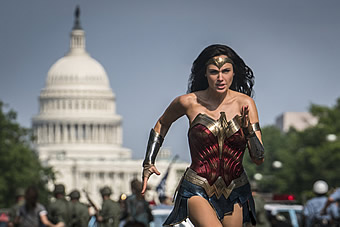 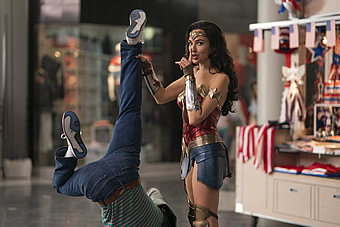 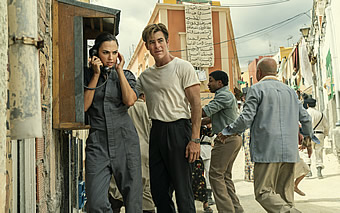 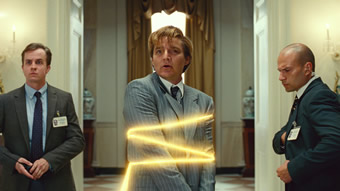 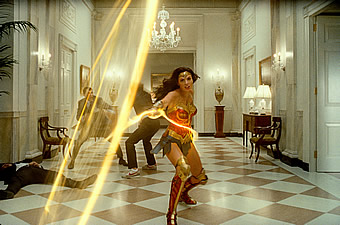 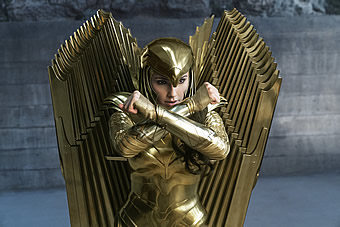