Synopsis:  A young man possesses the rare talent of being able to identify every sound he hears. Aboard a French nuclear submarine, everything depends on him. He is the Golden Ear. His reputation for infallibility takes a knock after a mistake puts the lives of the whole crew in danger. His determination to win back his comrades’ trust drags them into an even more dramatic situation. In the world of disinformation and nuclear deterrence, they find themselves caught in a crisis spiralling rapidly out of control.

Chanteraide‘Socks’ (François Civil) is a young man who has the ability to identify sounds very clearly and accurately and is assigned as the ‘golden ear’ of a French nuclear submarine.  All goes well until one day he made a mistake and nearly cost the lives of his team members.  Since then, he tries so hard to win the trust of his comrades despite many setbacks, but ended up being pulled into a dramatic situation, which involved the attack of 2 submarines from the same French navy forces.

So, the thing about some war films or films involving the military is that in many cases, one might be dragged into rampage of firing shots, bombs and bloodied scenes that may be too hard to ‘digest’.

But this is not the case of The Wolf’s Call and thankfully, you would not see too much brutality in this film.

In fact, the film takes a slightly more analytical and emotional approach, showing instead the action within the submarine (where they spent most of the film in) and internal processes, with a little bit of emotions and sentimental moments, including Chanteraide’s involvement with a random lady from the bookstore (the love part escalated very quickly by the way) and the interaction between the team members.

The great thing about the film is that the pacing is near perfect.  It had the right dramatic elements to keep viewers glued to the screen and get them excited and yet viewers do not feel too overwhelmed with overly bombastic action like some (or rather, most) Hollywood films.

And also because it is not often you see French navy dealing with internal and external security issues on a daily basis (I guess it is something we take for granted), there is some sort of novelty in this film that makes you slightly intrigued, despite the ambiguous English title.

The film, however, suffers for a slightly confusing plot towards the second part of the film that makes you ponder about the rationale of the counter attack to begin with (apparently once a top order is sent out, in this case, involving a drastic military attack, not even the President can override it).  You feel frustrated, just knowing that there is nothing you can do about the situation that they have gotten themselves into, which led to a rather disappointing ending.

Having said that, one loses focus on the actual plot and its sub plots due to its unknown direction.  It is not known if it wants to fully go purely military-like with its overall plot or if it wants to showcase the impact of military personnel when placed in stressful situations.

It is also uncertain if François’ role as Chanteraide is meant to be extremely vulnerable.  Despite the desire to show Chanteraide as someone with more affection and warmth, he ended up looking more emotionally wrecked, leaving the viewers puzzled and maybe frustrated.

The film also suffers from some slight plot loopholes and some weird CGI, on top of viewers having to figure out certain military terminology, which slightly ‘alienates’ some viewers especially if they are not familiar with the navy and submarines in general.

Other than that, the casting was generally appropriate and the cast did a really great job at being rather convincing in their roles.  Although most of the film was filmed in the submarine, it does not bore the viewers at all, with enough action inside to keep one going.

The Wolf’s Call is generally an exciting and intriguing film with balanced pacing.  Despite the film not being too accessible to non-military viewers or viewers who are unfamiliar with the navy in general, it is still a pleasant film that desires to reflect on the importance of security and the cost involved in protecting a nation, while featuring the very men involved and their vulnerability.

(Thrilling and exciting with good pacing and great cast, but only fully comprehendible if you are familiar with navy or military terminologies and if you do not mind a less than happy ending) 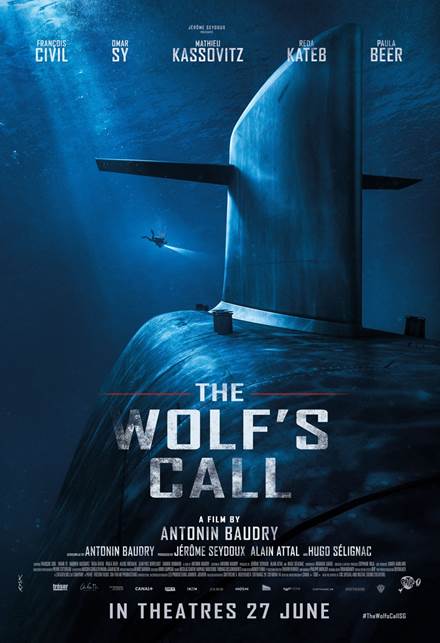