Synopsis: Deep under the Arctic Ocean, American submarine Captain Joe Glass (Gerard Butler, Olympus Has Fallen, 300) is on the hunt for a U.S. sub in distress when he discovers a secret Russian coup is in the offing, threatening to dismantle the world order. With crew and country on the line, Captain Glass must now assemble an elite group of Navy SEALs to rescue the kidnapped Russian president and sneak through enemy waters to stop WWIII.

Had it been released two decades ago, ‘Hunter Killer’ would have been the very definition of a blockbuster; but in this day and age, you’d probably have expected it to have a direct-to-Netflix or on-demand release. Yet, anachronistic though it may be, this action thriller is still surprisingly old-fashioned fun, reminiscent of a time before when the reason we went to the movies was to be entertained in a big, loud and even dumb way. Indeed, as far as we can tell, director Donovan Marsh certainly had not intended for his film to be anything more than that, teasing no less than the start of World War III by imagining how the United States and Russia may push each other towards the brink of nuclear war.

Oh yes, there is something utterly Tom Clancy about its premise, which sees Gerard Butler command the eponymous submarine USS Arkansas to investigate the disappearance of an American submarine in the Barents Sea. That missing vessel had been trailing a Russian submarine before it disappeared, so Captain Joe Glass’s bosses at the Pentagon think that the Russians might have been behind it. Glass arrives at his quarry’s last known location to find it and its Russian counterpart sunk at the bottom of the sea, though unlike the American one that was torpedoed, it seems like the explosion which breached the hull of the Russian sub was an act of sabotage from the inside.

While much of the action takes place within the confines of Glass’ hunter killer, there is a fair bit going on above the surface. The megalomaniac Russian defence minister (Mikhail Gorevoy) has staged a coup against his own President (Alexander Diachenko) at the Polyarny naval base, all of which is witnessed live inside the Pentagon thanks to a group of four Black Ops commandos (led by Toby Stephens’ badass leader Bill Beaman) who were secretly dispatched to gather such ground intel. Whereas the hawkish Chairman of the Joint Chiefs of Staff (Gary Oldman) wants to use firepower against firepower, Rear Admiral John Fisk (Common) and NSA whiz Jayne Norquist (Linda Cardellini) at the Pentagon devise a plan for Glass and his crew to assist Beaman in a rescue operation that will pull the nations back from the brink of war.

Don’t assume too quickly that you have the movie all figured out; adapting from the 2012 book ‘Firing Point’ that you’ve probably never heard before, screenwriters Arne Schmidt and Jamie Moss manage a couple of surprising turns even while treading through somewhat familiar territory. Most notably, this isn’t just alpha-male American jingoism, especially as Glass opts to save the commander of the sunken Russian sub (the late Michael Nyqvist) and eventually comes to work with him to sail through the booby-trapped waters leading to the Russian military base. Even the showdown between Glass’ sub and a Russian destroyer doesn’t quite unfold the way you’re probably thinking it would, with the writers opting for a much more strategic game of cat-and-mouse than one purely based on American weaponry superiority.

But just as any submarine thriller worth its weight, ‘Hunter Killer’ boasts more than a number of white-knuckle sequences that tap fully on the feeling of claustrophobia and dread being in such enclosed quarters. The USS Arkansas’ run-in with a Russian sub lying-in-wait for them when they first reach the Barents Sea is gripping to say the least; so too the voyage through the narrow stretch of deep waters leading to Polyarny where silence and precision manoeuvring are key. Also noteworthy is the daring night-time raid into the heavily fortified Polyarny base by the Black Ops, before the extended climax that flits busily between the action above (where the US and Russian fleets are moving into place on the command of Oldman’s Admiral Donnegan and Gorevoy’s Minister Durov respectively) and that below (where Glass struggles to evade the Russian destroyer). Kudos to Marsh for pulling off the action so confidently and thrillingly, never letting the pace flag throughout the two-hour duration.

Those expecting Butler to slug it out with the baddies mano-a-mano style will probably be disappointed – not only does he spend pretty much the entire movie under the waves, he doesn’t even physically throw a punch at anyone. But ‘Hunter Killer’ is better off without him doing so, and perfectly suspenseful and exciting stuff nonetheless, especially if you’re in the mood for a good old-fashioned military action thriller. Oh yes, it’s too easy to diss such films, but the ones well-done like this offer some simple, unadulterated adrenaline-pumping pleasures. Even though its geopolitical context may be incongruous with the current climate, there is a simple message about being patriots and yet getting along that is not only befitting but enduring.

(As anachronistic as it may seem, this is nonetheless a good old-fashioned military thriller that offers plenty of white-knuckle suspense, with a couple of nice surprises thrown in) 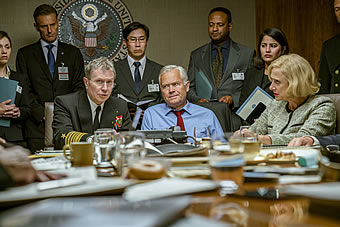 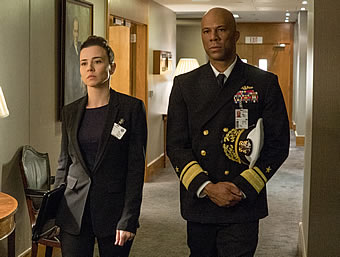 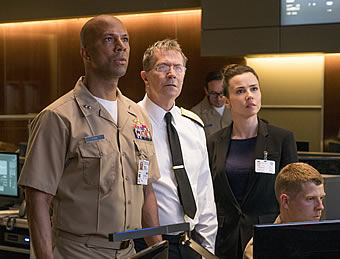 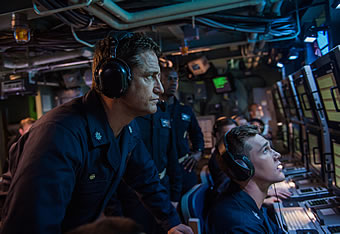 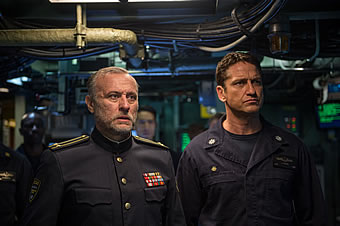 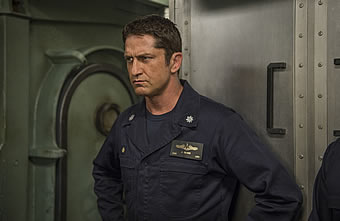