Synopsis: In a densely forested area north of St. Petersburg people have been going missing for three decades.The few corpses ever found were naked. On October 14, 2017 a team of volunteers went out into the woods in search of a missing teenager. Soon, all communication with them was lost. Locals believe they were taken by the same dark spirit that took the others. They call it the Limping Widow.

As each country’s film industry finds renewed interest in the horror genre in the last decade, we are seeing interesting projects coming out from lesser-heard places, such as Iran (Under the Shadow). While Russia is relatively known, the scares coming from the country have been a little short, surprising given the rich folklore and austere settings.

But little by little, the titles are coming, albeit with mixed responses. The Bride, Mermaid: The Lake of the Dead, and Baba Yaga: Terror of the Dark Forest are yearly entries from director Svyatoslav Podgaevskiy, and Quiet comes the Dawn by Pavel Sidorov came recently with praise for its visuals. Joining these efforts is this year’s The Widow.

Directed by first-timer Ivan Minin, the film also known as Vdova has potential to carry the local industry’s genre out of the woods but may need extra tightening in the latter half to really impress.

A group of rescue workers were conducting on-site training in the caves for a new trainee when they were abruptly dispatched to search for a missing boy. The brother turned up in town delirious but some locals last saw the pair at an abandoned woodmill, so the team of four heads towards the same area to start their search. A video journalist who was initially reporting on the training, joins the crew, excited by the twist in a news-worthy event.

Even as they rumble through the forest in the rescue truck, a member grumbles about the history of the swampy area. Thing is, people have disappeared often here, and the ones who do turn up are often found as naked corpses. A local legend has it that a village woman killed her husband for cheating, but the villagers turned on her, breaking her legs and drowning her in a black pit. Her aggrievement turned her into a witch, and her curse haunts the forests where she died.

The Limping Widow is supposedly based on real events that happened in a densely forested area north of St. Petersburg, and in late 2017, a team of rescue volunteers disappeared without a trace. The Widow recreates this in a compelling way, mixing POV footage with standard cinematography to good effect in most cases, and the mixed effect carries out the story nicely without the need for characters to remind each other “with the usual “keep the camera on, we want to record everything” cliche. This makes the film more realistic in its responses and helps with the story flow greatly.

What is not as effective is when the hauntings become more pronounced. The reactions start to turn haphazard and even become a little cheesy, such as the scene where the team leader returns possessed, with murky eyes and in a stupor. The effect feels out of place compared to some of the other machinations of the witch. As the team splits apart and regathers with the realisation that there’s something supernatural at work, the ensuing reactions are either too nonchalant or overly theatrical, throwing out the good work in pacing the earlier half had achieved.

There’s plenty of good work done here in the script initially. Even as a worker pronounces no one has ever been found in the area, he quickly makes light of it, saying it’s because he is unlucky. This joke is later repeated in another setting with irony, and shows gems that differentiate. Sadly, it later again falls into more standard fare.

Titles like The Widow are strong indications that Russia has some gift in this genre. The bits of local folklore that appear in the film, like the carved symbols and the benign witch, are examples of fascinating literature that can be used to chilling effect. All that’s needed, is a little more polish.

(The Widow has a promising start with interesting lore, but falters in the later part with cliches that flatline the ending) 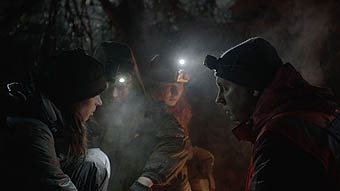 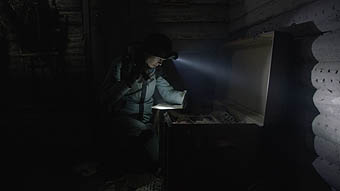 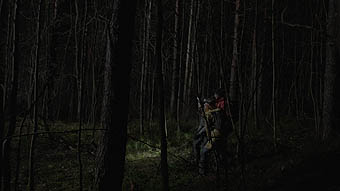