Synopsis: Antarctica: an extraordinary continent of awesome beauty. It is also home to an isolated outpost where a discovery full of scientific possibility becomes a mission of survival when an alien is unearthed by a crew of international scientists. The shape-shifting creature, accidentally unleashed at this marooned colony, has the ability to turn itself into a perfect replica of any living being. It can look just like you or me, but inside, it remains inhuman. In the thriller The Thing, paranoia spreads like an epidemic among a group of researchers as they’re infected, one by one, by a mystery from another planet. Paleontologist Kate Lloyd (Mary Elizabeth Winstead) has traveled to the desolate region for the expedition of her lifetime. Joining a Norwegian scientific team that has stumbled across an extraterrestrial ship buried in the ice, she discovers an organism that seems to have died in the crash eons ago. But it is about to wake up. When a simple experiment frees the alien from its frozen prison, Kate must join the crew’s pilot, Carter (Joel Edgerton), to keep it from killing them off one at a time. And in this vast, intense land, a parasite that can mimic anything it touches will pit human against human as it tries to survive and flourish. The Thing serves as a prelude to John Carpenter’s classic 1982 film of the same name.

Mention John Carpenter, and almost instantly you'll think of the many horror classics to have graced the big screen, some being etched as cult favourites and having their own dedicated following. It would have taken a lot to try and adapt any of his films to remake or update it for the modern day, and some did, to dismal response. So the next best thing, pardon the pun, as far as the filmmakers of 2011's The Thing did, was to expand John Carpenter's universe based on the story Who Goes There? by John W. Campbell Jr., in setting the premise some three days before the original film, and to creatively come up with an origin story of sorts, which will directly lead into the 1982 film.

The original had made references to the Norwegian Antarctica exploration team in a different camp from the USA's, and in this film, writer Eric Heisserer revisits the scene of the crime to try and piece together what could have happened, given that the situation was never quite explained in detail, providing a mysterious air that the 1982 film capitalized on. It's almost like watching a re-enactment of a certain possibility in how events could have unfolded, given the notion that there could have been no survivors from the many charred and grotesque remains which this film had painstakingly created.

We follow the protagonist Kate Lloyd (Mary Elizabeth Winstead), in what would be a given in any monster or alien film in featuring a female lead whom you know will almost always dig deep to find that inner strength and come out as a tough cookie given the circumstances in order to survive. A paleontologist, Kate gets invited to the Norwegian camp where what would be an alien life-form encased in ice was discovered, only for all the researchers and crew in the camp to have swallowed more than they can chew, as the alien life-form escapes, and begins its horrible assimilation and copy, which calls for a physical symbiosis of sorts that results in a complete mangle of the human body with flaying tentacles, and bursting bodies that show off slimy mouths and razor sharp teeth.

For starters, if you've seen the original film you'll probably not be as surprised as myself who have yet to see it, and so the creature designs - part alien part human amalgamation - come off as pretty disgusting yet refreshing, made worst when it's felt the human component is actually fully aware of being devoured by the alien life-form during fusion, that makes it really wicked and sick. Director Matthijs van Heijningen Jr. doesn't shy away from showing these events up close, with bursting bodies that became something like overgrown Venus fly-traps, and also went about to ensure no quick cut edits to spoil the fun of both anticipation of something about to happen, and to linger on for the viewer to take it what's being framed on screen.

On a more human level, this film deals with what humans do best at times, suspicion of our fellow men, which is horror unto itself without the need for fanciful aliens to incept untruth and hearsay. Part of the mystery and suspense played up involves the guessing of who in the team you can trust since a carbon copy of someone has been and can be made easily and inhabited by the alien, and horror is knowing you can't fully trust someone, since there is absolutely no standard protocols developed yet to tell friend from foe. Walking around with pistol or a flamethrower strapped on your back, is hardly fun with danger lurking at every corner.

The irony of what would be the down side of the film will involve trying to show a lot more than the original did, which in this case was an Indiana Jones and the Kingdom of the Crystal Skull proportion, where it was eager to demonstrate effects capabilities in having a nicely rendered space craft and its interiors featured in the film where it didn't serve much of a purpose save to act as a different locale for the climax. Simplicity and showing less worked for the original, although you'll understand the pressures that this prequel had on hand to differentiate itself with its arsenal of today's available technology, yet cannot venture too far off in order not to contradict what would be canon later on.

Still it could have been a lot worst with trying to set the tone for what would be a cult classic The Thing film by John Carpenter to follow given the chronological order, but thankfully Matthijs van Heijningen Jr. ensured that it wasn't, and had elements to surprise new viewers, while keeping true to the mythos established so far to please the fans of the original.

(Limited genuine surprises given more of the same thing) 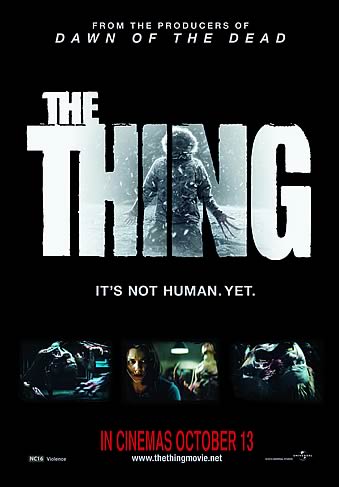 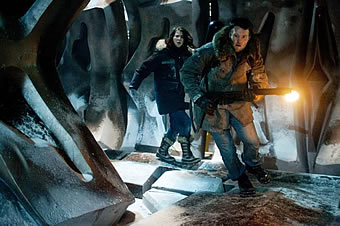 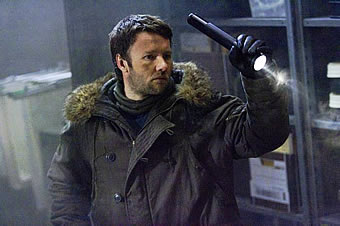 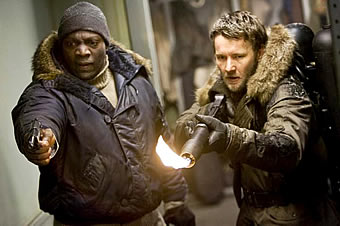