Synopsis: Trapped in a violent, controlling relationship with a wealthy and brilliant scientist, Cecilia Kass (Moss) escapes in the dead of night and disappears into hiding, aided by her sister (Harriet Dyer, NBC's The InBetween), their childhood friend (Aldis Hodge, Straight Outta Compton) and his teenage daughter (Storm Reid, HBO's Euphoria). But when Cecilia's abusive ex (Oliver Jackson-Cohen, Netflix's The Haunting of Hill House) commits suicide and leaves her a generous portion of his vast fortune, Cecilia suspects his death was a hoax. As a series of eerie coincidences turns lethal, threatening the lives of those she loves, Cecilia's sanity begins to unravel as she desperately tries to prove that she is being hunted by someone nobody can see.

We are glad The Dark Universe isn’t materialising. Remember when Universal had plans to launch a cinematic universe of its beloved monsters like Dracula, Frankenstein, The Mummy and The Invisible Man? The studio attempted to psych us up with Dracula: Untold (2014) and The Mummy (2017), but both movies were so dull and dreary, let’s just pretend those two productions never happened.

This science fiction horror flick, which is branded as a contemporary adaptation of HG Wells’ novel, was supposed to be part of the film franchise, with Johnny Depp playing the titular character. Luckily for us and the studio, this slickly made film is anything but a by the books exercise in movie making. In fact, the end product is an intense and scary experience that will keep you engaged for its entire 125 minutes.

Cleverly incorporating elements which are relevant in the #MeToo era, the female protagonist is Cecilia (a wonderful performance delivered by Elisabeth Moss), who is unfortunately a victim of domestic abuse. The violent dude is a successful tech wizard (Oliver Jackson-Cohen who gives his best given the limited screen time), and the opening sequence sees Cecilia escaping their beautiful home located on a picturesque coastal area by the sea. After the guy reportedly commits suicide, strange things start happening and Cecilia has every reason to believe that instead of staying dead, he has instead become invisible to stalk her in the scariest ways possible.

Helmed by Leigh Whannell, who is known for writing James Wan’s films like Saw (2004), Insidious (2010), and Insidious: Chapter 2 (2013), the Australian filmmaker approaches this delicate topic with maturity and sensibility. Never once does the movie belittle the trauma that female victims go through when people don’t believe them when they talk about their abuse. Instead, he channels this toxic energy into rage and determination as seen from Cecilia’s perspective. And Moss does a perfect job of relaying the emotions.

The 37 year old actress is no stranger to playing characters similar to Cecilia. The strength and no nonsense attitudes were already evident in her performances from critically acclaimed TV series Mad Men and The Handmaid’s Tale. Watching her performance on the big screen in this film just testifies that hell has no fury like a woman scorned. You don’t want to mess around with Cecilia. As the film progresses to its very satisfying ending, you’ll want to celebrate the woman who fought against all odds to emerge triumphant.

The supporting actors also deliver credible and gripping performances. Aldis Hodge plays Cecilia’s childhood friend who provides her shelter from the bad guy, while Storm Reid portrays his daughter who also gets subjected to quite a bit of terror in the house. Harriet Dyer plays Cecilia’s sister who is on the brink of not believing her, while Michael Dorman is a sleazy lawyer who also happens to be the abuser’s brother.

This movie is a refreshing and thoughtful production that doesn’t resort to blood and gore to scar you. Clever camera angles and red herrings are aplenty, and they will keep your eyes glued on the screen. You’ll never know when The Invisible Man will appear to do some really nasty stuff. 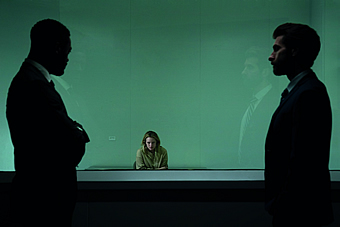 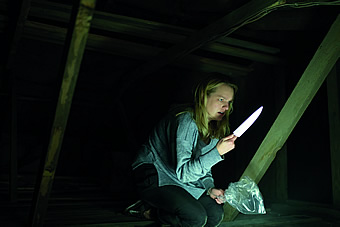