As far as reboots go, ‘Dracula Untold’ isn’t half-bad; in fact, we’d go so far as to say that it is pretty good. As imagined by screenwriters Matt Sazama and Burk Sharpless, the titular bloodsucker begins as a 15th century Transylvanian prince named Vlad who trades his soul for the dark side in order to protect his family and his kingdom from the armies of the Ottoman sultan Mehmed II. To be sure, their inspiration is rooted in history – the real historical figure of Vlad the Impaler was indeed taken by the Turks as a young boy and trained to kill without question or reason.

After a brief prologue establishing this crucial backstory, Welsh actor Luke Evans inhabits the role of the glowering anti-hero, weary of war and desiring only of peace. And yet that dream is shattered when his uneasy truce with the far-numerous Turks is disrupted one day by the Sultan’s demand for one thousand youths to join his army, including, we may add, Vlad’s own son Ingeras (Art Parkinson). Desperate for a way out, Vlad turns to the evil that he knows resides within Broken Tooth Mountain (so named after the Universal Studios theme park attraction) – a Nosferatu-like demon (Charles Dance) who offers him a drink of his blood for superhuman strength.

The price? If he can resist drinking human blood in three days, Vlad will get to return to human form. What happens after is a lot of CGI, some (especially the overhead shots of the scale of the Turkish invasion) impressive and others (like the mano-a-thousands shots of Count Dracula’s vanquishing an entire army) less so. Yes, since the outcome is pretty much known, much of the film fills itself with ostensibly CGI-enhanced Lord-of-the-Rings-style battle sequences that see Vlad alternate between human and bat form to sweep like a tornado through his opponents or command a whole colony of them just by waving his hands.

For obvious reasons, most of these sequences take place at night, but the nocturnal setting also means that the action often descends into murky chaos, such that what happens onscreen often comes off as a blur – and that is even on an IMAX supersized screen. Cynics will also no doubt find fault with the bloodlessness of these sequences, which despite boasting the stylish gloom of HBO's 'Game of Thrones’, is PG13 demure in order to ensure accessibility to a younger audience. But once you accept that this is no more than a glorified B-movie, you’ll learn to appreciate its pleasures a lot more.

Evans, for instance, makes for a surprisingly engaging lead in the titular role. Having proven his charisma in supporting roles such as ‘Fast and Furious 6’ and ‘The Hobbit’, he finally gets the chance to anchor a film from start to end, and acquits himself handsomely with a compelling portrayal of a man who must learn just how much of his own mortality he is willing to sacrifice in order to save the ones he saves. Amidst the noisy battles, Evans shares a couple of nice intimate scenes with Sarah Gadon, who plays his wife Mirena, and the chemistry between them builds to a heartbreaking finale that offers as good a reason as any for his subsequent – and inevitable transformation.

On his part, veteran commercials director turned first-time feature helmer Gary Shore fairs pretty well by keeping the proceedings lean and tight, with much of the storytelling in action rather than words. Besides tapping on cinematographer John Schwartzmann for some lush widescreen shots of Ireland, Shore also employs different stylistic flourishes to enliven the onscreen action, which in itself still gets your heart thumping – despite some clearly slapdash CGI especially in the depiction of them carnivorous creatures. It isn’t particularly inspired, but in the context of a diverting fantasy-horror, Shore’s raw instincts as a filmmaker do suffice.

And so if approached from the mentality that ‘it could be much worse’, ‘Dracula Untold’ actually stands on its own as an enjoyable piece of hokum. Pretending that it is anything more takes away the cruder pleasures it offers, and of course sets it up as something that it probably never intended to be in the first place. That said, it does end on a pretty exciting note – a coda set in present day sees Vlad encountering his seemingly reincarnated wife Mirena, with Dance’s malevolent character in close pursuit and intoning the last four words for a sequel we must say we are quite excited to see: “let the games begin”. 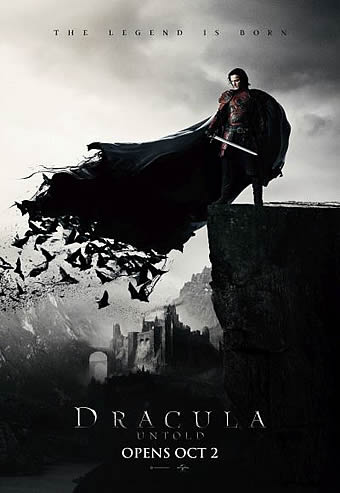 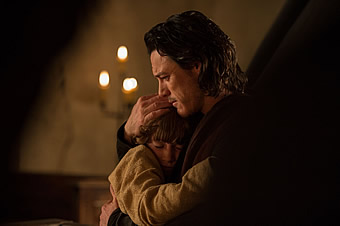 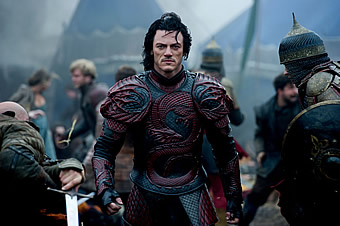