Synopsis: Meng Yun (starring Han Geng) and Lin Jia have forgotten how much in love they are. They can’t stop fighting, even though they’re not sure what they’re fighting about, and break up. Their friends, Yu Fei (starring Zheng Kai) and Ding Dian, have grown mistrustful of each other, and they also split up. Meng Yun pretends to be happy about being single but is actually depressed, and Lin Jia who at first was devastated, moves on happily to her new single life. Their friends pretend to be happy with their break-up but secretly still care each other and realize they can’t live without one another and get back together. Will Meng Yun and Lin Jia be able to follow their friends’ example or will their pride stop them from getting back together because no one wants to apologize first?

We admit that we were genuinely curious about ‘The Ex File 3: Return of the Exes’ because it was that rom-com which in its second weekend made three times more than ‘Star Wars: The Last Jedi’ did in its opening weekend in China. Yet as we’ve learnt with the recent Mainland box-office phenomenon ‘Wolf Warrior 2’ and other similar runaway hits in that territory, what makes them go ga-ga could very well just make us feel ‘meh’ or worse, repulsed.

As it turns out, scriptwriter-turned-director Tian Yu-sheng’s third and apparently final chapter of his ‘Ex-File’ franchise isn’t culturally specific, but neither is it that enjoyable. At best, it is an alternately amusing and illuminating reminder of how relationships need time, effort and commitment in order to be sustained; at worst, it is a two-hour slog of watching two couples who are obviously still in love with each other break up, pine for the other half while refusing to let go of their own egos, and then finally try to salvage their relationship before time makes their separation permanent.

Reprising their roles from the previous two movies, Han Geng and Zheng Kai play entrepreneurs Meng Yun and Yu Fei respectively, who are each saddled with their own relationship woes. A well-edited opening sequence plays out like a Mars-versus-Venus perspective of the expectations placed on the male and/or the female in a relationship, but even though it seems like Meng Yun is thrashing things out with his girlfriend of five years Lu Jia (Kelly Yu), the two are really complaining about the other to their respective best friends Yu Fei and Ding Dian (Zeng Mengxue). Turns out that Meng Yun has apparently become so self-absorbed in his business that he hardly spends much energy with her, and because he is also too prideful to stop her, Lu Jia eventually moves out of the apartment they share together.

On the other hand, Yu Fei and Ding Dian get into an argument over his continued dalliances with other girls, and after a game of ‘drinking confessions’ which she initiates, Ding Dian decides to call it quits with Yu Fei. Conveniently, Ding Dian moves in with Lu Jia while Yu Fei does so with Meng Yun. Whereas the boys react to their newfound freedom by hitting the clubs and getting to know other younger girls, Lu Jia and Ding Dian respond by seeking solace in each other’s company while hoping that their other halves call and make up. Alas like we said, Meng Yun and Yu Fei are too egoistic individuals to make the first move; yet while they party like bachelors, they are also concomitantly nervous about who their ex-es might be spending time with, resorting thus to Weibo to keep tabs on what Lu Jia and Ding Dian are up to.

Between the two couples, Yu Fei and Ding Dian are simply the more interesting pair to watch. Although they have officially broken up, Tian and his three fellow screenwriters have Ding Dian initiate ‘excuses’ for them to meet up, drink, get drunk and eventually find themselves in bed with each other. In contrast, Meng Yun and Lu Jia remain apart over the course of the movie due to the former’s (yes, we blame Meng Yun) sheer obstinacy, so much so that we actually quite feel relieved when Lu Jia stops moping around for him and starts going out with a former secondary school classmate she is reconnected with after a class reunion. Meng Yun’s inertia at not taking the initiative to patch things up with Lu Jia is exhausting and frustrating to watch, and also why we end up thinking that Lu Jia is better off without him. Having said that, whether we root for Meng Yun and Lu Jia doesn’t change the fact that the climax (which involves some inexplicable crying out in the middle of a public street and some overdosing on mangoes – go figure) is utterly cringe-worthy melodrama which is not just over-the-top but unnecessarily histrionic.

If it isn’t yet obvious by now, there is hardly any lessons one can or should draw from the two estranged couples on display here. Nor for that matter is their indecision whether to move on or get back with each other affecting or exciting, and like we said at the start, it is a movie that runs at two hours and will almost certainly feel even longer. It does however show how millennials in China socialise, date and break up with one another, so if that sort of cultural anthropology interests you, then you’ll probably find it more engaging than we did. It is however for this reason too that the movie found a much bigger and more appreciative audience in China than ‘Star Wars: The Last Jedi’ ever did, but hey we’ll take the latter over this anytime.

(Unless two hours of watching two estranged couples go back and forth with each other due to ego and indecision sounds like romantic catharsis to you, there is little in this third and final chapter of the 'Ex-File' franchise that you need bother with) 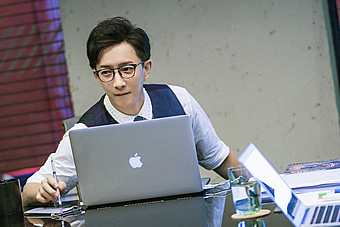 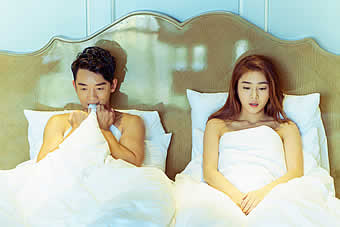