Synopsis: In a quiet town in the rural Midwest, a former police officer (Stephen Root) takes it upon himself to continue investigating the disappearance of a young girl despite the case going cold. In his search, he stumbles upon a group of youths that he suspects may be harboring a sinister, supernatural secret. The further he becomes involved with the group, the more connections to his investigation he pieces together.

The COVID-19 pandemic has caused quite a bit of a dry spell for movies which were planned to hit the big screen in 2020. There are blockbusters which are postponed, and then there are movies like this one written by David Prior that are going head to head with the coronavirus.

There isn’t much marketing for this horror flick based on Cullen Bunn and Vanesa R. Del Rey's graphic novel of same name published by Boom! Studios. You can imagine the studio executives saying: “Great. Halloween is coming. Let’s just get this over and done with before we incur more losses.” It’s unfortunate, but this is probably the state of things for the filmmaking industry now.

Things don’t look good on the get go, and you step into the cinema with very low expectations. The 20 minute prologue is well set up. It is 1995, and four hikers are hiking in Bhutan. You know what they say about foreigners in a sacred land – things always mess up when they step into realms that are supposed to remain untouched. An unfortunate incident happens and we are brought to 2018 where the movie begins proper.

A group of teenagers go missing and it is believed that an urban legend known as the Empty Man is the culprit. A world weary retired policeman begins investigating and things become even more mysterious as he uncovers what looks like a cult. Digging deeper, he becomes dangerously involved and things get out of hand when he discovers the group’s attempts to summon a mystical entity.

It has been a while since we’ve seen a horror flick that runs more than two hours. The 137 minute movie is a slow burner and is tonally different from the usual productions of the same genre. There is a sense of foreboding gloom throughout, and although there are obligatory moments of cheap scares and sudden appearances of a ghastly made up monster, the filmmakers clearly wanted to produce an atmospheric work that creeps up to you with immense dread.

The use of close ups and sound design works well to keep you engaged. One particular scene has the protagonist discovering a group of cult members from afar. The setup is effectively heart thumping as the screen disrupts your senses with light strobes, while every footstep heard makes you fear for the protagonist’s fate. While we won’t say that the story is out of this world innovative, let it be known that there are many trashier screenplays out there which got the green light for a bigger budget.

The cast is relatively unknown, but each member does a decent job. Kudos to the male lead James Badge Dale for portraying a man who is visibly tired and emotionally exhausted. As the story progresses, you find out why and empathise with what he has gone through.

This is evidently a movie project that has become a casualty of the current situation. It probably will suffer financial losses, and will be forgotten in time to come. One can argue that it is not a horror classic by any means, but we’d say it definitely deserves more credit than many of the horror movies we’ve seen.

(An atmospheric and slow burning horror movie that deserves more credit than it will get, no thanks to the COVID-19 pandemic) 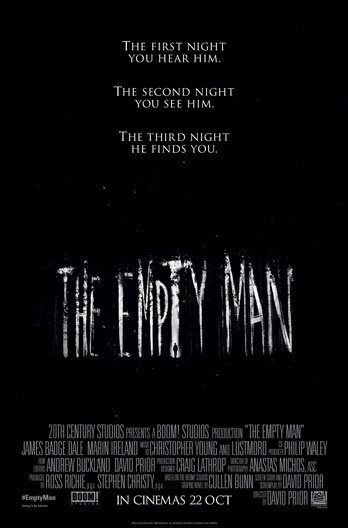