Synopsis: “THE DIAM DIAM ERA" begins from 1979, spanning over a decade through the end of 1980s. Through the experiences and tribulations of the 2nd Generation of Zhao Di’s and Ah Kun’s family, the audiences will walk through the same great changes in Singapore's environment and lives that the characters went through. The film focuses on Ah Kun’s son Yong Xin and Zhao Di’s son Shun Fa. It explores the attitudes, life views and differences between the young generation, their different reactions and treatment of policies implemented in Nation Building from the founding of Singapore to the present, modern developed country.

Jack Neo’s continuation of his ‘Long Long Time Ago’ series sees him at probably his most political in years. Whereas the first two movies took a rose-tinted view of kampung life and was content to be unabashed yet undoubtedly effective melodrama, this first of a new two-part series sees Neo take on the then-Government’s controversial policy of installing English as the lingua franca in the education system, leading to the perceived erasure of Chinese-ness which led to much consternation especially among the more mature members of the Chinese community.

It is not an easy subject to tackle, and as we feared, Neo may not be the best filmmaker to deal with such a nuanced topic. Indeed, Neo uses his characters as mouthpieces for his own criticisms – including a secondary school Maths teacher who laments how he is handicapped by the change in language of instruction; a Chinese-educated schoolboy who is mocked by his schoolmates and subsequently army mates for being a ‘Chinese helicopter’; and even the ‘merger’ of Nanyang University with the University of Singapore to form what is today’s National University of Singapore.

Not surprisingly, these criticisms are presented as diatribes, and Neo hardly cares to present a balanced view. These are not the only gripes he has with the Government of the day; others which Neo feels ripe for the picking include the ‘restricted zone’ coupon policy, which predated the Electronic Road Pricing system in managing daily traffic into the Central Business District area, and the bureaucratic manner in which Government departments handled parking violations. We’re not sure what pissed Neo off in the 1980s, but he sure has his grievances.

So much so that the last act of the film takes a literally political turn when the disgruntled Ah Kun (Mark Lee) decides to join the opposition in an attempt to change the Government policies of the day; that decision not only leads to a blunt but funny encounter with a fictional English-speaking opposition leader played by Wang Lei, but also coffee shop sessions with his Malay and Indian kampung friends (played by Suhaimi Yusof and Silvarajoo Prakasam respectively) which lead to the formation of the multi-racial (ahem) CMI party. That’s typical Jack Neo for you.

Like many, if not most, of Neo’s films, ‘The Diam Diam Era’ suffers from an all-too episodic structure. The tension between the late Zhao Di’s son Shun Fa (Ritchie Koh) and Ah Kun’s son Yong Xin (Danny Lee) is largely the focus of the first two acts, the latter regarded as a star student in school due to his grades and other non-academic awards whereas the former relegated to a recalcitrant ‘ah beng’ who picks fights and fails in school. Yet there are pointless subplots, including Shun Fa’s illegal door-to-door video rental business which he starts with his Hong Kong-born army mate, and his budding romance with a pretty folk singer (played by former K-pop star Tasha Low); most egregious is an utterly cringe-worthy cryfest after Shun Fa’s youngest sister gets taken advantage of by her do-no-gooder boyfriend that even brings out Aileen Tan for a cameo in order to assuage the eldest Su Ting (Macy Meixin) for doing her best to take care of her siblings.

As with most Neo films, the best parts are the ones with Lee. Although there is little likeable about his brash and obnoxious character Ah Kun, Lee’s over-the-top acting coupled with his unparalleled ability for Hokkien wordplay is absolutely hilarious to watch. Everything – and shall we say, everyone – else pales in comparison, whether Koh’s wimpy turn as Shun Fa that is more ingratiating than endearing or Lee’s flimsy performance not helped by the incongruity between his command of English and that which the role demands. More so than either of the earlier two films, this one feels choppy, with the sum of the uneven parts amounting to much less than the whole.

Neo has never been a filmmaker of subtlety, and whereas that may work fine, even perfectly, for big bawling melodrama, it is hardly what is needed for a finer appreciation of a sensitive moment in Singapore’s history. His boldness at opening cultural wounds that have healed only over time is commendable, but his technique leaves much to be desired. And so, as ironic as it may seem, ‘The Diam Diam Era’ would be much better suited if Neo had taken a more introspective and certainly a less shrill voice to channel his own personal gripes. Yes, sometimes it helps if we ‘diam diam’ a bit.

(Shrill, unsubtle and even ingratiating, this first-parter of the continuation of Jack Neo's nostalgic 'Long Long Time Ago' series finds him at his most political, and definitely not at his best) 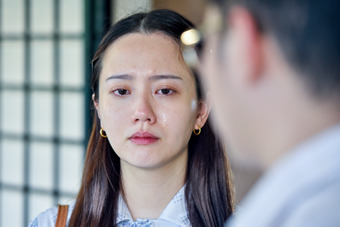 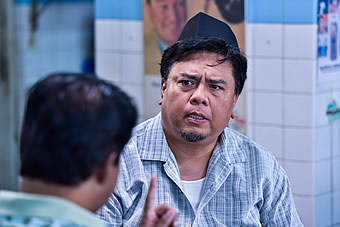 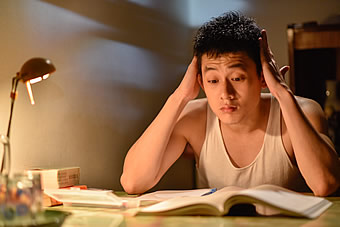