Synopsis: Reclusive cop Dave unwittingly saves the life of criminal gang leader Hon Kong by donating his blood, thus symbolizing that despite diametrically opposed outer appearances they are essentially made of the same stuff. The gang members hide their faces behind traditional demon masks when committing their violent crimes. In schizophrenic fits Dave experiences his own demons within as he sets out to play off the gang members against each other, resulting in everyone's annihilation.

After a detour into Hollywood blockbuster territory and another more successful one into the world of MMA, Dante Lam returns to the cop thriller genre that he has carved a name out of in recent years with the critically acclaimed character driven pieces ‘The Stool Pigeon’ and ‘The Beast Stalker’. Reuniting with his frequent muse/ writing partner Jack Ng, ‘that Demon Within’ sees Lam fusing the themes of good versus evil in his earlier movies with the design of a supernatural horror to create what is possibly his most mature, intense, and compelling masterpiece to date.

In the titular role of the troubled cop is the upright constable Dave Wong (Daniel Wu), whose ignorance leads him to dutifully donate blood when Hong Kong’s most wanted criminal Hon stumbles into the A&E of a hospital bleeding and heavily injured. Turns out that Hon (also known as the Demon King) had just escaped from being caught by the police in his flat after he and his gang of violent criminals engaged the cops in a fierce shootout following a diamond heist worth $80 million dollars; and Dave’s act of kindness earns the consternation of Senior Inspector Mok (Dominic Lam), bent on putting Hon and his gang before bars before his imminent retirement.

That single event turns Dave’s carefully constructed world inside out. Though it may seem at first that Dave is simply over-righteous, we realise that he is a person with his own issues to deal, a loner prone to bouts of intense anger and paranoia. In fact, joining the police force was his way of finding some semblance of stability in his life, a safe harbour if you will that becomes anything but as his guilt manifests itself in hallucinations, impulses and even occasional episodes of self-flagellation as a form of anger management. And slowly but surely, Dave becomes obsessed with Hon, seeing visions of the two of them merging together as one, or of Hon’s apparition in the form of a visual representation of the Demon King (depicted as a burning face) goading him into relenting to his savage instincts.

While it may seem as if he has his sights squarely on Hon at the start, Lam’s intents for his film to be a character study on Dave becomes much clearer later on. Eschewing the more affluent parts of Hong Kong, Lam chooses instead for his characters to inhabit the squalid housing estates of Kowloon City and Sai Ying Pun, the choice of location especially befitting of the dark tone he opts for here. It isn’t just Hon whose worship of the Demon King proves extremely unsettling, but the image of Dave framed against metal gates and sealed windows in his apartment adds to the disquieting mood that Lam conveys with panache.

More so than in any of his movies, Lam explores, as its title suggests, the latent evil that exists within an individual. That is plainly evident in Hon, but much more complex in Dave, whose “personality issues” come to light in hynopsis sessions with his sister Stephanie (Astrid Chan) that hinges on his traumatic childhood with a strict and sadistic father. As Dave struggles to contain his “demon within”, Lam steeps his film in the kind of religious symbolism which he alluded to in his ‘Fire of Conscience’, whether is it with the choice of locations in funeral parlours and morgues or with his choice of emotively unsettling visual imagery commonplace in horror films, in particular recurrent images of human immolation.

Those who are fans of Lam’s brand of urban action however need not be disappointed; right from the get-go, Lam impresses with a thrilling opening gunfight in the streets more violent than his usual and certainly more malevolent, especially with Hon’s gang donning the masks of the Demon King. Another equally if not more exhilarating one unfolds on an overpass, and Lam reserves a petrol station for a fiery ending which aptly bears a blazing symbol of hell. Even as he ventures into dark psychological territory, it is indeed heartening to know that Lam hasn’t lost his touch with delivering the sort of thrills which a large part of his early career was built on.

Certainly one could use the same to describe Daniel Wu’s performance here, which easily surpasses anything he’s done before. Digging deep to play a critically flawed character who has to confront his own monsters while attempting to stop another, Wu delivers one of his most challenging and therefore captivating roles to date. He is also well-matched with Lam regular Nick Cheung, who gets to ooze menace in every frame. It is as diametrically different a role from that of his award-winning one in ‘Unbeatable’, but one which cements his reputation as one of Hong Kong’s most versatile actors around.

And with ‘That Demon Within’, Lam officially makes his cop thrillers with Cheung a trilogy, the latter of which also starred in ‘Beast Stalker’ and ‘The Stool Pigeon’. It is as outstanding a trilogy capper as any fan can ask for, combining the earlier films’ blend of gritty action and character-driven drama with psychological horror elements into a riveting whole that grabs you from the start and never lets go.  It is also testament to a director who continues to push the envelope, certainly one of the most unique and original films to come out of Hong Kong this year.

(Combining his trademark gritty action with character-driven drama and elements of psychological horror, Dante Lam delivers his most mature, intense, and compelling masterpiece to date) 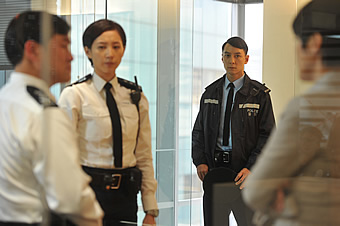 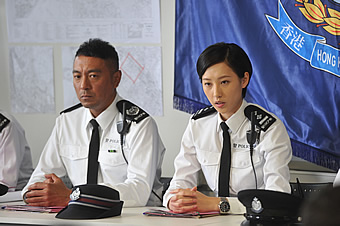 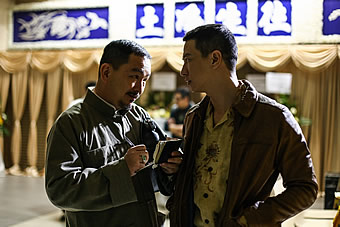