Synopsis: It starts off with Mark committed perjury for his company in order to earn a financial reward to move his aging mother into a nicer retirement home.His action sets off a chain of events starting with a threatening call from ablackmailer, THE VOICE, who informs Mark it had emptied his bank account butwould replenish it so long as Mark follows his instructions. THE VOICE creates aseries of disasters to happen to Mark, which is when Mark vows to break freefrom THE VOICE’s control and expose his or her true identity...

If you need an example of a movie which wears its ambitions proudly on its sleeve, look no further than Kenneth Bi’s latest ‘Control’.  Billed as a game-changer for Chinese cinema by being the first of its kind to be set against an entirely computer-generated visual world, the adaptation of Jack Messitt’s book of the same name aims for a sci-fi noir feel not unlike that of ‘Sin City’ or ‘The Spirit’, but ultimately settles for much more familiar territory in its story of an ordinary man’s desperate battle with an unseen villain.

Indeed, one can’t quite shake off the distinct sense of familiarity between ‘Control’ and ‘Connected’, the latter of which was itself a remake of the Hollywood movie ‘Cellular’; in both films, a hapless individual is at the behest of a voice on the phone in order to preserve the life of someone else. The main - but gradually insignificant - difference here is that Daniel Wu’s leading character Mark is a victim of his own choices, his virtual captor having latched on to the fact that he had falsified his testimony in court in return for a fast-track promotion at work.

Bi situates that premise within an unnamed modern metropolis in Asia sometime in the near future, but what so special about that city or for that matter that time period in which it is set remains unclear throughout the film. After establishing some impressive overhead VFX shots of a metallic looking city gleaming in the dark of the night, Bi pretty much leaves that mise-en-scene in the background, and aside from the fact that Mark’s nemesis seems to be able to track his every move via a dense network of closed-circuit cameras around the city, there is hardly little to suggest that the unfolding action is taking place amidst a futuristic dystopia.

Instead, Bi concentrates on building an aura of suspense around Mark’s ‘missions’, including robbing a restaurant’s patrons at gunpoint, threatening a high-school flame Jessica (Chen Yao) for access into a bank’s safe deposit vault, and dealing in firearms. Slowly but surely, Mark meets others like him who have been similarly coerced against their will to do the bidding of that same mysterious person, and together they start to form a shaky alliance to uncover the identity of that shadowy villain. Unfortunately for Mark, he ends up tied to a chair facing a powerful gangster he ripped off Tiger (Simon Yam) as well as Tiger’s right-hand man Devil (Leon Dai), that sequence both opening and capping the preceding events which Mark recounts to his physical captors.

A significant genre change from his filmmaking debut ‘Rice Rhapsody’ or his subsequent ‘The Drummer’ and ‘Girl$’, Bi does commendably in building an engaging narrative that to its credit is less straightforward than you might expect. There is also a twist right at the end that you probably won’t see coming, a slightly implausible but no less interesting turn of events that puts a fresh perspective on everything that you have seen unfolding without making you feel duped. What is nonetheless lacking is character development, which is barely there for Mark and almost non-existent for the rest of the supporting acts.

The buck then rests squarely with Daniel Wu, whose earnest leading performance does its best to win his audience’s sympathy; and yet there is only so much he can do to redeem a thinly written character. The rest of the ensemble is pretty much wasted - Yam’s over-the-top villainous act is something he can do with his eyes closed; Taiwanese actor Dai barely has a few lines of dialogue before Yam takes over; and Chen Yao seems bored than enthused to be sharing the screen with Wu.

For all that talk about being the first of its kind, ‘Control’ underwhelms for failing to make use of its futuristic cityscapes (supervised by our very own Nickson Fong no less) to mount an immersive dystopia built upon its titular concept. Instead, it settles for a much more conventional suspense thriller that’s been done and done before, saved by a nifty twist at the end that provides neat closure. If you’re looking for a smart sci-fi thriller, this will most definitely not be it; at best, it serves as a teaser for a more ambitious filmmaker to come along and realise the possibilities of a genre that’s largely been shunted by Chinese cinema. There’s no doubt the effects are top-drawer; now for a compelling story.

(A far less ambitious sci-fi thriller despite what it sells itself to be, this is ‘Connected’ dressed up under the guise of a futuristic dystopia) 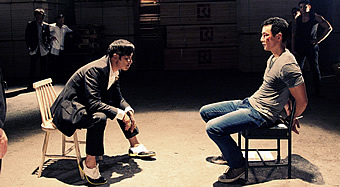 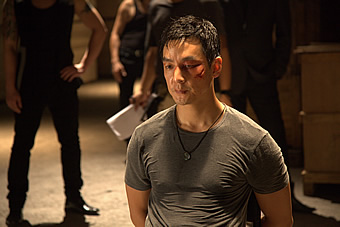 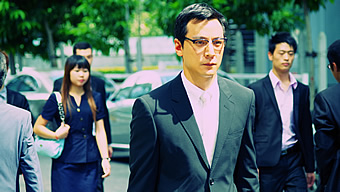