Synopsis: Snake Eyes: G.I. Joe Origins stars Henry Golding as Snake Eyes, a tenacious loner who is welcomed into an ancient Japanese clan called the Arashikage after saving the life of their heir apparent. Upon arrival in Japan, the Arashikage teach Snake Eyes the ways of the ninja warrior while also providing something he's been longing for: a home. But, when secrets from his past are revealed, Snake Eyes' honor and allegiance will be tested - even if that means losing the trust of those closest to him.

Neither ‘G.I. Joe: The Rise of Cobra’ or ‘G.I. Joe: Retaliation’ were rousing enough to set off a franchise, which explains why it has taken eight years before Paramount decided to embark on the next chapter, in the form of an origin story on Snake Eyes. Those familiar with the cartoon-and-toy G.I. Joe counter-terrorism superhero squad from the 1980s will remember the character as the silent fan-favourite ninja, so it isn’t any surprise that the filmmakers have landed on him to develop this reboot.

Some twenty years later, he is a drifter that goes by the nickname of how his father died. Duelling in underground fight tournaments while searching for his father’s killer, Snake’s (Henry Golding) quest gets a boost when the Yakuza ringleader Kenta (Takehiro Hira) offers to help him get revenge if he agrees to work for the latter’s gun-smuggling operation at the Los Angeles docks. His loyalty is immediately tested when asked to kill a man Kenta says had wronged him; that man happens to be Tommy (Andrew Koji), heir-apparent to the Arashikage clan, who had gone undercover as part of Kenta’s crew in order to expose the unscrupulous’ boss’ criminal deeds.

After a messy dock-side brawl in which Snake saves Tommy’s life, Tommy invites him to follow him back to Tokyo. There, Tommy offers Snake a new lease of life within the Arashikage clan as his personal bodyguard. The clan’s head of security Akiko (Haruka Abe) is distrustful of Snake’s true intentions and pleads caution, but Tommy vouches for Snake, saying that the initiation process of three tests will prove his mettle. Not so much a test of his fighting skills than of his spirit and heart, these ‘challenges of the warrior’ will end up revealing not only Snake’s allegiance but also the camaraderie among him, Kenta and Akiko.

Indeed, there is more character work here than you would expect from a typical summer blockbuster; that is credit to its screenwriters Evan Spiliotopoulos, Anna Waterhouse and Joe Shrapnel, whose plotting of Spiliotopoulos’ story goes beyond the usual narrative beats of such genre material. Most intriguingly, we learn that Snake is serving two masters: whereas he speaks of honour in front of Tommy, Snake is still secretly working for Kenta, who has asked him to steal the clan’s most powerful weapon, an incendiary gem known as the Jewel of the Sun, in exchange for his father’s killer. Which master Snake chooses, as well as its concomitant ramifications on those closest to him, turns out unusually rewarding, not least because of the compelling push-and-pull between Snake and Tommy as their relationship deepens.

Ironically though, Schwentke lets his audience down not in the storytelling department but in the action set-pieces. Right from the start, you get the nagging sense that Schwentke and his editor Stuart Levy had gotten over-zealous in the cutting room, slicing and splicing shots like how Paul Greengrass did for the ‘Jason Bourne’ films. True enough, the rest of the action follows the same misguided style, employing a mix of shaky-cam and quick cuts that make it often difficult to comprehend what is happening onscreen (and therefore a poor fit for IMAX). Those looking for true fighting talents such as Iko Uwais to kick butt will be even more disappointed, not least because their talents are sorely wasted in the sequences that ‘cut, cut, cut’.

Still, that does not diminish the fact that ‘Snake Eyes’ is probably the best live-action G.I. Joe movie yet. That isn’t meant to be faint praise for a movie that we frankly did not have much expectation of; rather, aside from the underwhelming action, this is as promising a franchise-starter as it gets, thanks too to a convincing lead performance by Golding (in his first bona fide action hero no less) as well as a stellar supporting turn by fellow British actor Koji (best known for the Bruce Lee-inspired TV series “Warrior”). Golding and Koji make a great team, the latter adding layers of nuance that complement the former’s bravado. By the time Koji announces his transformation into Storm Shadow, you’ll be eagerly awaiting what promises to be a dynamite reunion.

(Better than you'd probably be expecting it to be, this origin story of the silent fan-favourite ninja overcomes its underwhelming action set-pieces with surprisingly character-driven plotting) 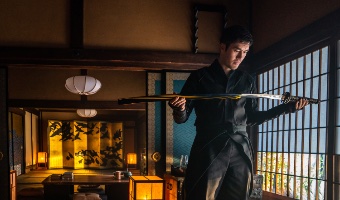 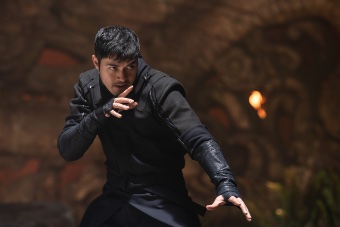 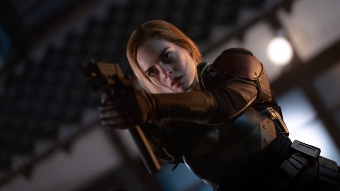